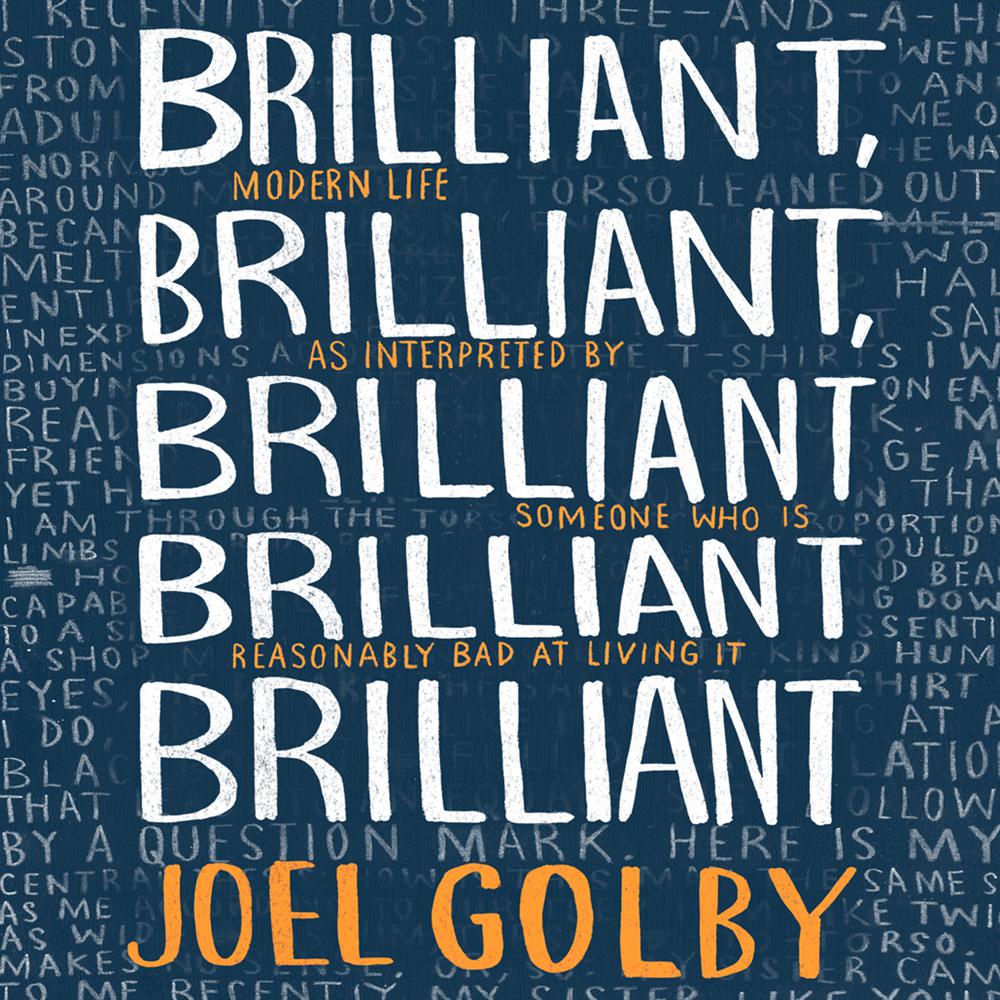 ‘This is a funny and beautiful book. What a little bastard.’ RUSSELL BRAND

‘A millennial's answer to David Sedaris. No writer is funnier than Joel Golby.’ DOLLY ALDERTON

A collection of full-throated appreciations, withering assessments, and hard-won lessons by the popular journalist.

There are a few things you need to know about Joel Golby. Both his parents are dead. His dad was an alcoholic. He himself has a complicated relationship with alcohol. He once went to karaoke three times in five days. He will always beat you at Monopoly, and he will always cheat.

Joel makes a name for himself as a journalist who brings us distinguished articles such as ‘A Man Shits On A Plane So Hard It Has To Turn Around And Come Back Again’, but that says more about us than him. In his first book, Brilliant, Brilliant, Brilliant Brilliant Brilliant Joel writes about important stuff (death, alcohol, loss, friendship) and unimportant stuff (Saudi Arabian Camel Pageants, a watertight ranking of the Rocky films, Monopoly), always with the soft punch of a lesson tucked within.

Golby’s sharp, evocative prose thrives on reality and honesty that is gut-wrenchingly close to the bone, and laced with a copious dose of dark humour. Who is this book for? It is for everyone, but mainly people who are as lost and confused as Joel and just want to have a good laugh about it.

‘Joel Golby is my favourite pop-culture obsessed nihilist. If you like camel beauty pageants and robot sex as much as I do you’ll love this. You’ll laugh, cry and probably be a bit weirded out.’ SHARON HORGAN

‘Seeing the byline “Joel Golby” means you’re about to ungraciously snort with laughter in a public place. Sharper at dissecting the madness of  21st century online existence than any other writer.’ CAITLIN MORAN

‘Joel is one of my favourite writers. He is brilliant and so is this massive book. If push came to shove, I would almost certainly pay the full RRP for it.’ GREG JAMES