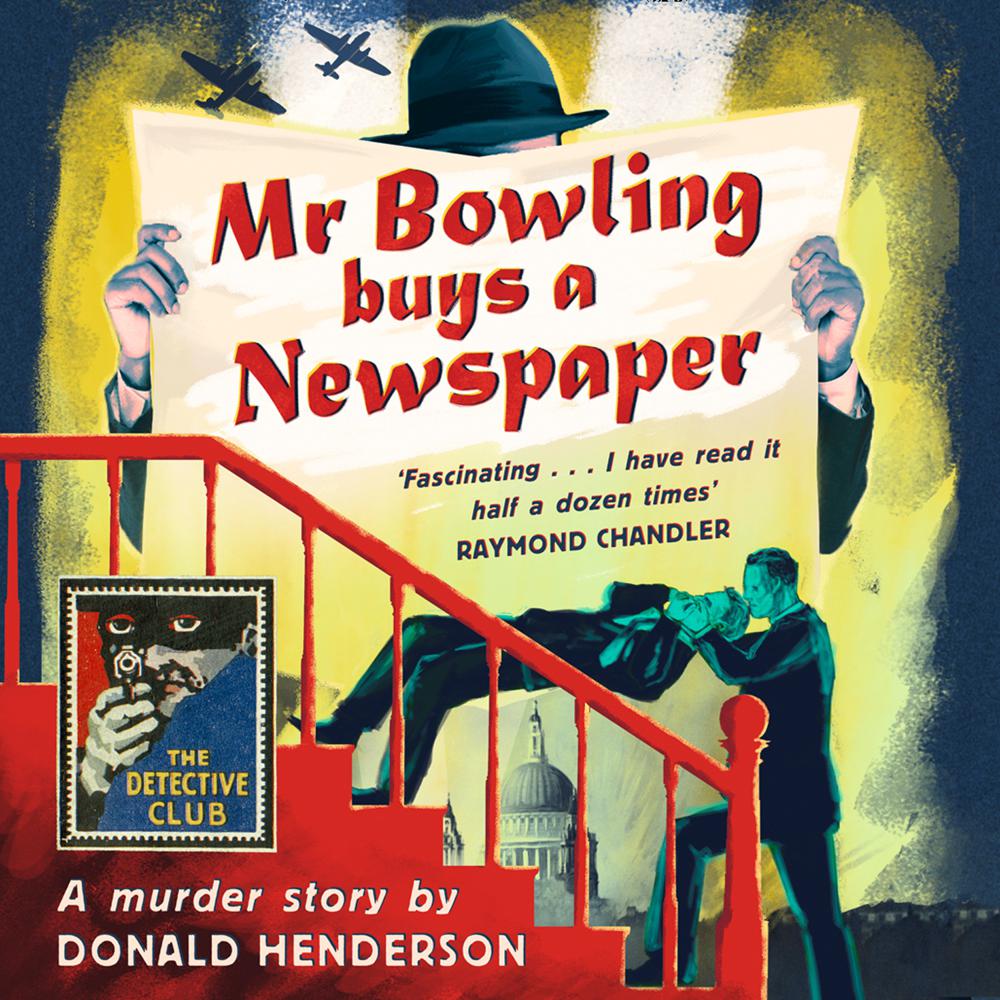 In Raymond Chandler’s favourite novel, Mr Bowling buys the newspapers only to find out what the latest is on the murders he's just committed…

Mr Bowling is getting away with murder. On each occasion he buys a newspaper to see whether anyone suspects him. But there is a war on, and the clues he leaves are going unnoticed. Which is a shame, because Mr Bowling is not a conventional serial killer: he wants to get caught so that his torment can end. How many more newspapers must he buy before the police finally catch up with him?

Donald Henderson was an actor and playwright who had also written novels as D. H. Landels, but with little success. While working for the BBC in London during the Second World War, his fortunes finally changed with Mr Bowling Buys a Newspaper, a darkly satirical portrayal of a murderer that was to be promoted enthusiastically by Raymond Chandler as his favourite detective novel. But even the author of The Big Sleep could not save it from oblivion: it has remained out of print for more than 60 years.

This Detective Club classic is introduced by award-winning novelist Martin Edwards, author of The Story of Classic Crime in 100 Books, who reveals new information about Henderson’s often troubled life and writing career.

‘I think it's one of the most fascinating books written in the last ten years. Everyone who read it in my limited circle agrees with me.’ RAYMOND CHANDLER

‘There is an element of psychological fantasy in this novel. Mr Henderson pursues a grim little theme with lively perception and ingenuity. His manner is brief, deliberately undertoned, and for the most part curiously effective. There is acute observation in the portrait of Mr Bowling.’ TIMES LITERARY SUPPLEMENT

‘This tragedy of a madman is told with great simplicity, and is very much helped by the realism of its details. All the events take place in the duller London suburbs which are beautifully observed.’ DAILY EXPRESS

‘Henderson has written about Mr Bowling so well and so clearly that I feel like I have met him; he follows him with the affectionate care with which H.G. Wells followed Kipps. Indeed, there is in places a touch of Wells’s genius; he writes with great skill and his dialogue is vivid.’ RAYMOND POSTGATE in TIME & TIDE

‘Top marks go to Donald Henderson whose Mr Bowling Buys a Newspaper gives us real hope of a literary discovery. This is a brilliant study in the macabre of a man who – almost it seems because he can’t help it – nonchalantly commits murders. A really fine thriller.’ SUNDAY GRAPHIC