Enemies of the People
Sam Jordison, Read by Rich Keeble 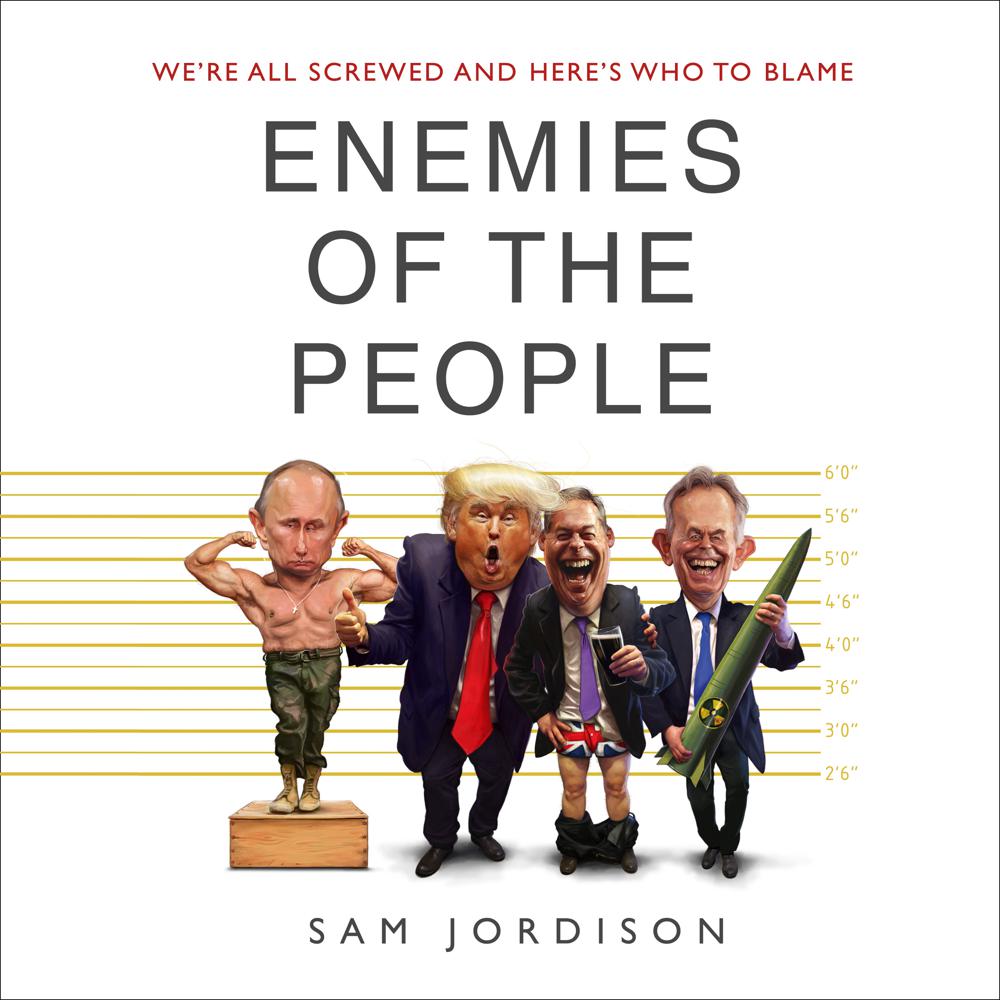 Something has gone wrong. We're living in an age of celebratory racism, extreme inequality, uncertainty and fear. We're governed by people who claim to be populist but who seem to hate everyone. There are idiots at the wheel and we're heading for a cliff in a big red bus and no one knows how to save us.

Enemies of The People reveals who has taken us to this dizzying precipice. It provides the actual, non-alternative facts about Donald Trump, Nigel Farage, Vladimir Putin and their charming friends – and also explains where they got their crazy ideas. Why did people turn so mean? How did so-called social networks like Facebook become so very anti-social? Why did anyone think it would be a good idea to privatise railways? Just how much should we fear the robots? Why is no one doing anything about Global Warming? Why is no one doing anything about Boris Johnson either?

This book explains all those vital questions and more.

Remember, though – they say history is written by the victors and fortunately, many of those currently winning can’t seem to write more than 140 characters at a time. This gives us the golden opportunity to set the record straight and snatch back the narrative. But if we’ve any chance of victory, we first need to know our enemy.