Diego and the Rangers of the Vastlantic
Armand Baltazar, Read by Ramon de Ocampo 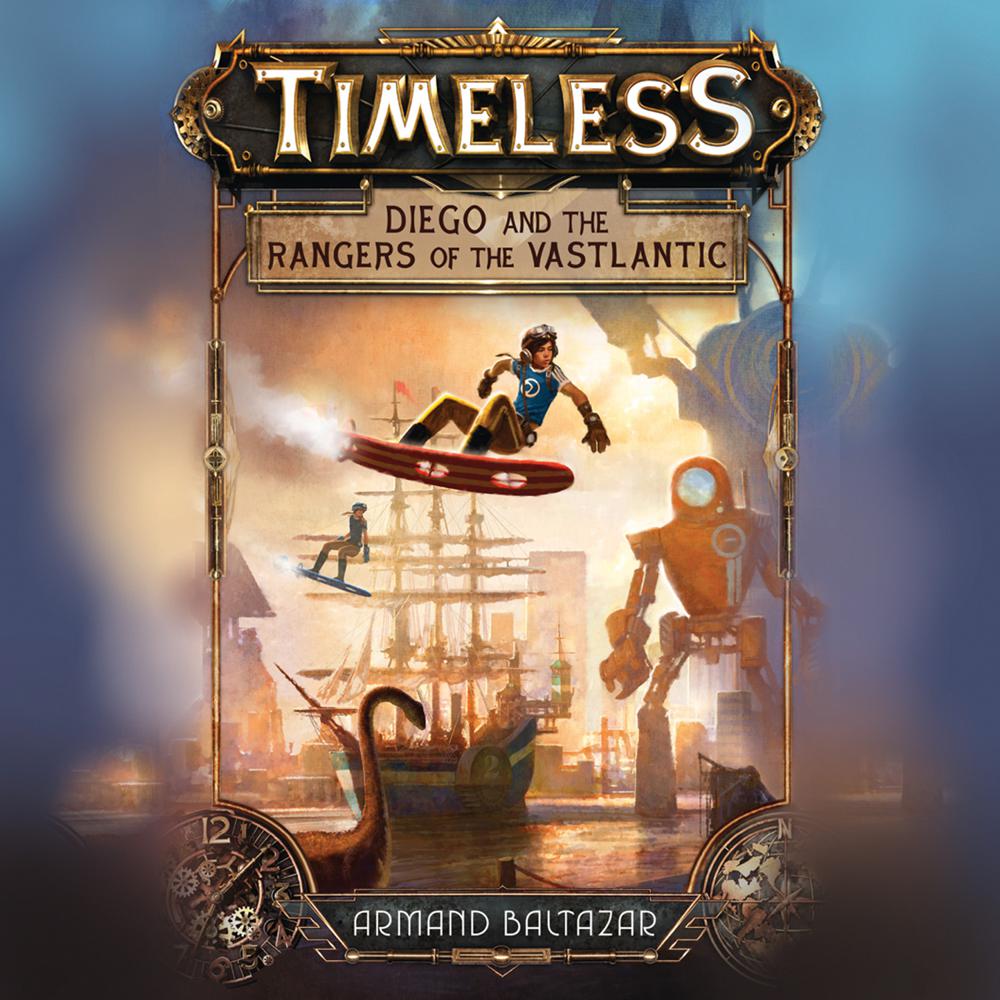 Imagine a world where the past, present and future have collided. A world that is timeless. This is the world Diego was born into…

For fans of Rick Riordan and Brian Selznick, Armand Baltazar introduces the first book in a new fantasy adventure series.

In New Chicago, Diego’s middle school hallways buzz with kids from all eras of history and from cultures all over the world. The pieces do not always fit together neatly, but this is the world he loves.

There are those, however, who do not share his affection. On his thirteenth birthday, Diego learns of a special gift he has, a secret that is part of something much bigger. When his father, New Chicago’s top engineer, is taken by the Aeternum, Diego must rescue him and prevent this evil group from disrupting the fragile peace humanity has forged.

“Armand Baltazar’s adventure is fused with lush, rich illustrations, full of inventive and exciting ideas that make me want to lean into them and see what happens next!” Pete Docter, Academy Award-winning director of Inside Out, Up, and Monsters, Inc.

“Vivid world creation and brilliant characters make Timeless an UNFORGETTABLE, wondrous journey that will stay with you long after the final page.” RIDLEY SCOTT

“Armand Baltazar’s incredible artistry and imaginative world creation sparks a creative spirit; the kind that inspires minds to see beyond the conventional.” Carlos Saldanha, director of Ice Age and Rio

“Dinos! Mechs! Steam power! Swashbuckle! Noir! Adventure! Pulp! All in one world? Armand Baltazar has blurred the lines of genre so well it seems ludicrous they were ever separated. A visual tour de force.” Mark Andrews, Academy Award-winning director of Brave