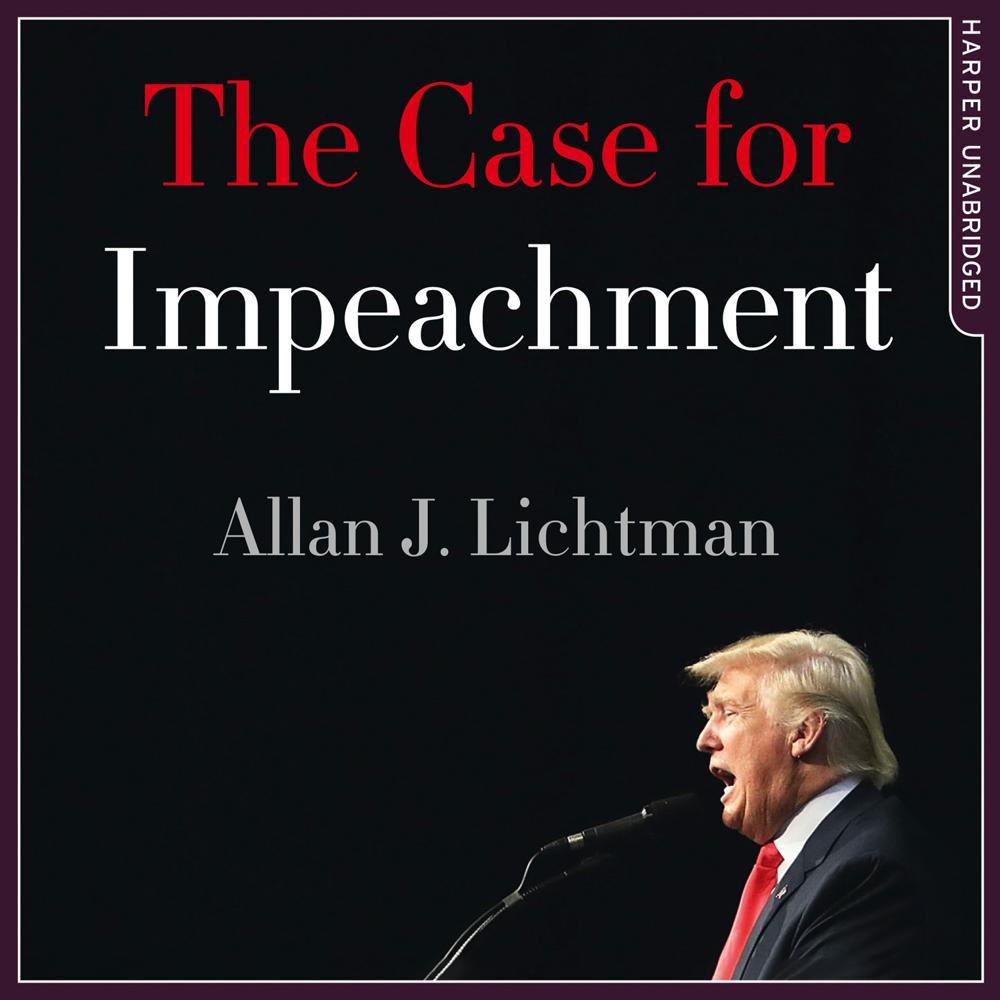 Impeachment will ’proceed from the misconduct of public men, or, in other words, from the abuse or violation of some public trust,’ and ‘they relate chiefly to injuries done immediately to the society itself. ’
(Alexander Hamilton, The Federalist, 1788)

In the fall of 2016, Distinguished Professor of History at American University Allan Lichtman made headlines when he predicted that Donald J. Trump would defeat Democrat, Hillary Clinton, to win the presidential election.

Now, in clear, nonpartisan terms, Lichtman lays out the reasons Congress could remove Trump from the Oval Office: his ties to Russia before and after the election, the complicated financial conflicts of interest at home and abroad, and his abuse of executive authority.

The Case for Impeachment also offers a fascinating look at presidential impeachments throughout American history, including the often-overlooked story of Andrew Johnson’s impeachment, details about Richard Nixon’s resignation, and Bill Clinton’s hearings. Lichtman shows how Trump exhibits many of the flaws (and more) that have doomed past presidents. As the Nixon Administration dismissed the reporting of Bob Woodward and Carl Bernstein as ‘character assassination’ and ‘a vicious abuse of the journalistic process,’ Trump has attacked the ‘dishonest media,’ claiming, ‘the press should be ashamed of themselves.’

Historians, legal scholars, and politicians alike agree: we are in politically uncharted waters. The durability of institutions is being undermined and the public’s confidence in them is eroding, threatening American democracy itself.

The world wants to know where the United States is headed. Lichtman argues, with clarity and power, that for Donald Trump’s presidency, smoke has become fire.

‘Lichtman's powerful book is a reminder that we are only at the start of the Trump investigations. The US system takes a long time to gather speed. Once it does, it can be hard to stop’ Financial Times

‘You need to read ‘The Case for Impeachment’, a brilliant analysis of every fraudulent act committed by the child in the White House’ Counterpunch

‘It is still striking to see the full argument unfold and realize that you don’t have to be a zealot to imagine some version of it happening … Lies. Abuse of power. Treason. Crimes against humanity. Martial law. Lichtman throws everything Trump’s way’ Washington Post