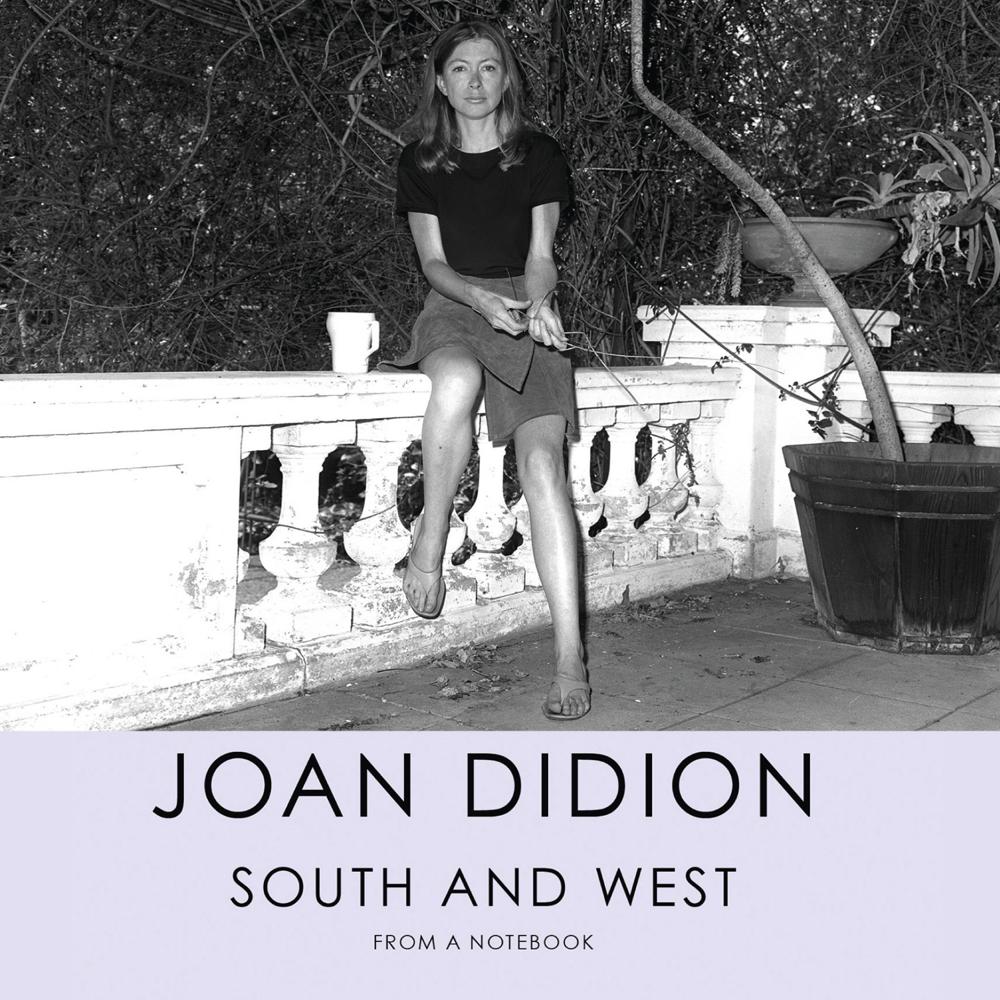 From one of the most important chroniclers of our time, come two extended excerpts from her never-before-seen notebooks–writings that offer an illuminating glimpse into the mind and process of a legendary writer.

Here is one such draft that traces a road trip she took with her husband, John Gregory Dunne, in June 1970, through Louisiana, Mississippi, and Alabama. She interviews prominent local figures, describes motels, diners, a deserted reptile farm, a visit with Walker Percy, a ladies' brunch at the Mississippi Broadcasters' Convention. She writes about the stifling heat, the almost viscous pace of life, the sulfurous light, and the preoccupation with race, class, and heritage she finds in the small towns they pass through.

And from a different notebook: the "California Notes" that began as an assignment from Rolling Stone on the Patty Hearst trial of 1976. Though Didion never wrote the piece, watching the trial and being in San Francisco triggered thoughts about the city, its social hierarchy, the Hearsts, and her own upbringing in Sacramento. Here, too, is the beginning of her thinking about the West, its landscape, the western women who were heroic for her, and her own lineage.

‘Didion at her most fascinatingly unfiltered, recording folksy vernacular at a motel pool, having G & Ts with Walker Percy, and searching fruitlessly for Faulkner’s grave in an Oxford cemetery … her riffs on everything from Gertrude Atherton to crossing the Golden Gate bridge for the first time in three-inch heels captures the thrill of a writer discovering her richest subject: the American mythologies that governed her own romantic girlhood, a yearning for an MGM-style heritage that never really was – a yearning that feels freshly perilous in its delusions.’ Vogue

‘Every era needs better criticism … And so it’s been a relief to read [South and West], investigating the South and its “vertiginous preoccupation with race, class, heritage, style and the absence of style”’ Adam Thirlwell, TLS, Books of the Year

‘Let your heart skip a beat. For here be new writing from the mind behind The Year of Magical Thinking and The White Album – Joan Didion. But this isn’t just for Didionites … For an understanding of certain parts of modern America, it still has eerie resonance … An insight into the process of a writer who can truly be referred to as an icon’ Emerald Street

‘A compelling book — rooted utterly in a past now all but lost to us, while also incredibly timely and relevant … It bears the hallmarks of Didion’s sparkling prose’ Los Angeles Review of Books

‘There’s a universal rule against reading someone else’s diary – but in this case, it’s not just OK, it’s required reading’ Marie Claire

‘The power of Didion’s work is on striking display in this slender volume … Didion’s notes are remarkably polished and slicing; they shimmer with dark implications’ Booklist

‘Here are many of the splendid, sharp-eyed sentences for which [Didion] has long been admired … An almost spectral text haunted by a past that never seems distant’ Kirkus Reviews