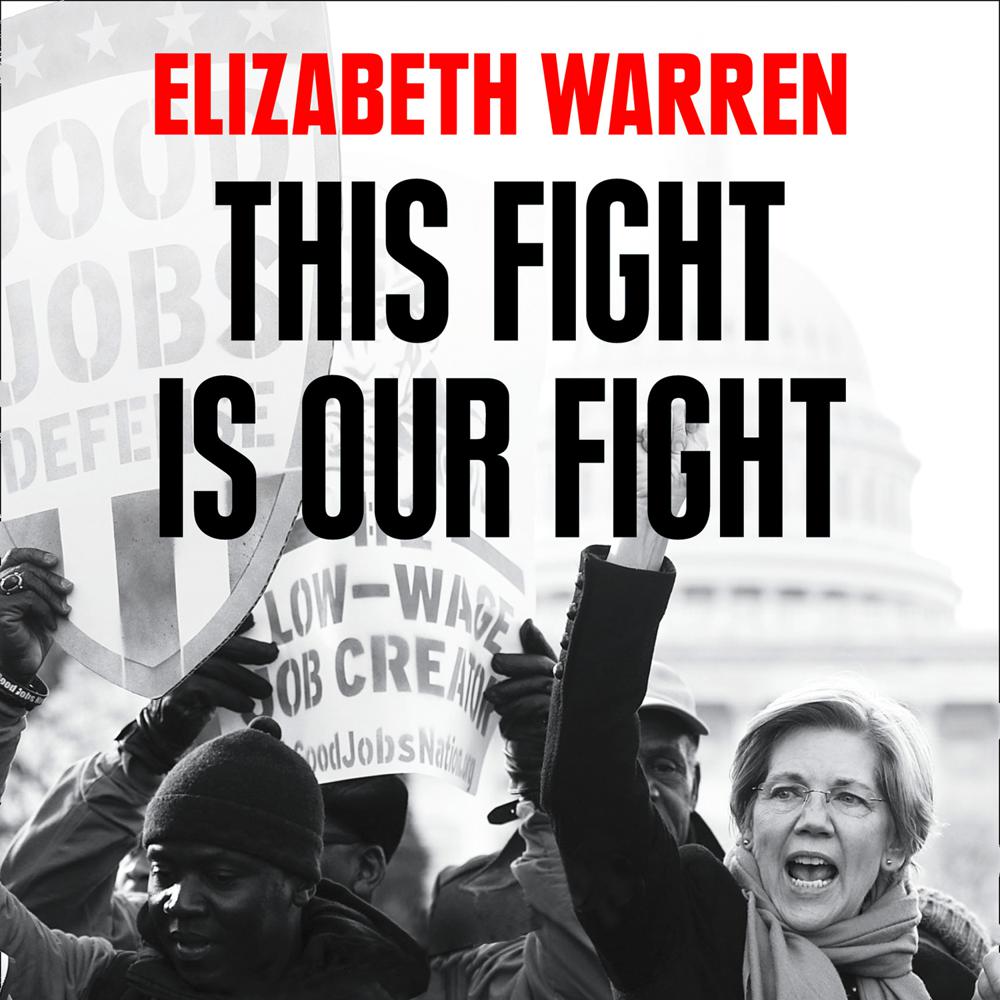 ‘Nevertheless, she persisted’ has become a rallying cry for millions of those fed up with phony promises and governments that no longer serve their people. In this passionate, inspiring book, fiery U.S. Senator and bestselling author Elizabeth Warren argues for a fair future for ordinary working people. Join the fight!

Senator Elizabeth Warren has long been an outspoken champion of working people, and by the time the people of Massachusetts elected her in 2012, she had become one of the country’s leading progressive voices. Now, at a perilous moment for our nation, she has written a book that is at once an illuminating account of how, after the wreckage of the great depression, a society was built that offered opportunity, a scathing indictment of those who have spent the past thirty-five years undermining working families, and a rousing call to action.

Warren grew up in Oklahoma, and she’s never forgotten how difficult it was for her mother and father to hold on at the ragged edge of the lower middle class. An educational system that offered opportunities for all made it possible for her to achieve her dream of going to college, becoming a teacher, and, later, attending law school. But now, for many, these kinds of opportunities are gone, and a government that once looked out for working families is instead captive to the rich and powerful.

Seventy-five years ago, President Franklin Roosevelt and his New Deal ushered in an age of widespread prosperity; in the 1980s, President Ronald Reagan reversed course and sold the country on the disastrous fiction called trickle-down economics. Now, with the election of Donald Trump – a con artist who promised to drain the swamp of special interests and then surrounded himself with billionaires and lobbyists –the middle class is being pushed ever closer to collapse.

Written in the candid, high-spirited voice that is Warren’s trademark, This Fight Is Our Fight tells eye-opening stories about her battles in the Senate and vividly describes the experiences of hard-working people who have too often been given the short end of the stick. Elizabeth Warren has had enough of phony promises and a government that no longer serves its people – she won’t sit down, she won’t be silenced, and she will fight back.

‘This Fight Is Our Fight is a smart, tough-minded book … What Democrats need right now is a reason to keep fighting. And that's something Warren's muscular, unapologetic book definitely offers. It's an important contribution’ New York Times

‘This Fight Is Our Fight provides an insider’s look at the machinations that are undermining the U.S. economy and political system. Warren spells out what is happening and what needs to be done to reverse the slide … Warren is outspoken, personable, emphatic, dedicated … It is unusual for any politician to be so open’ New York Journal of Books

‘Girded for battle, the senior senator from Massachusetts forcefully lays out the bleak picture of an American government increasingly controlled by corporate greed and special interests … The author sounds the alarm that an oligarchy is in the making, and her urgency is palpable and necessary. Inspiring words to empower Warren's marching army’ Kirkus (starred review)

‘Moving … Ultimately, the book's message is that one person can make a difference … After reading this book, it is comforting to know that Elizabeth Warren, with her passion, anger and bluntness, will not be silenced’ Washington Post

‘A revealing account of Warren's rise to prominence … [Warren's] arguments demand to be taken seriously … As a politician and activist, Warren's great strength is that she retains the outsider's perspective, and the outsider's sense of moral outrage … She's an indomitable battler for the underdog, and she doesn't take no for an answer’ New York Review of Books

‘The Wall Street watchdog and U.S. senator has produced a readable and sometimes infuriating explanation of the biggest financial crisis of our time’ People