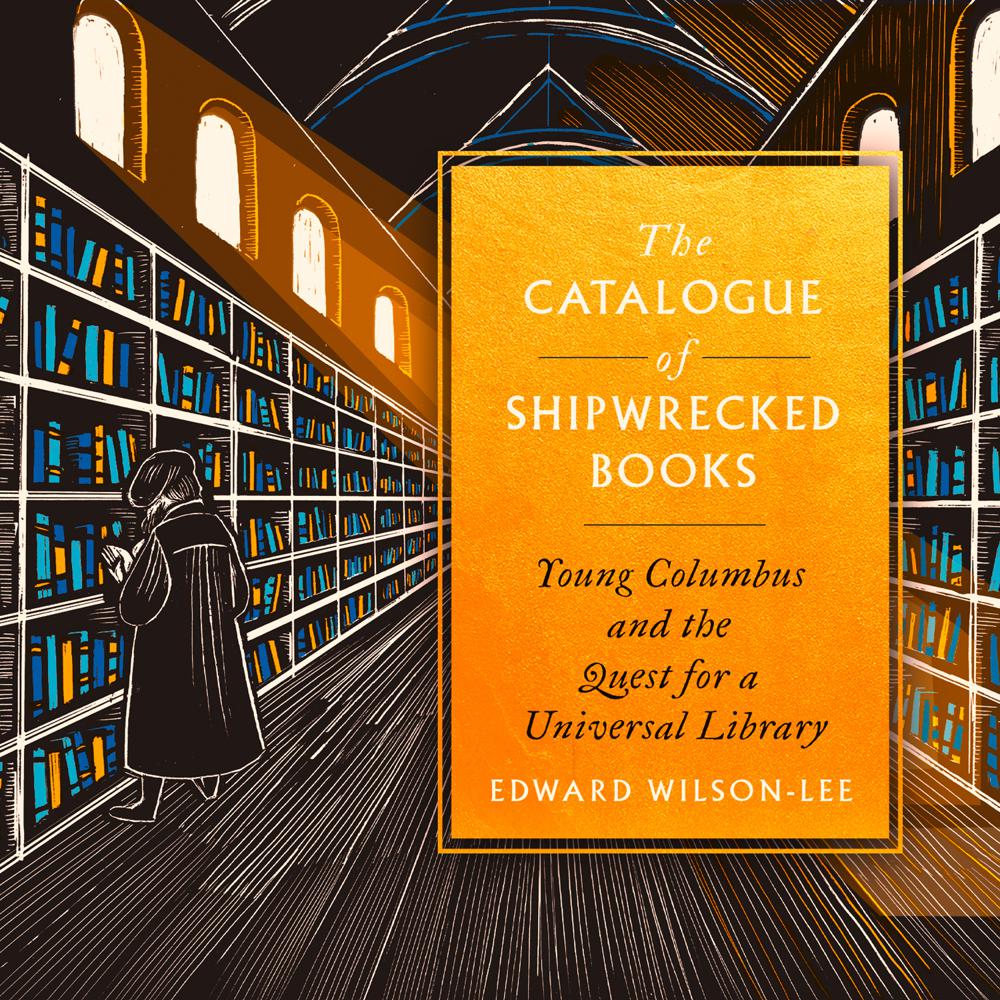 WINNER OF THE 2019 PEN HESSELL-TILTMAN PRIZE

The fascinating history of Christopher Columbus’s illegitimate son Hernando, guardian of his father’s flame, courtier, bibliophile and catalogue supreme, whose travels took him to the heart of 16th-century Europe’ Honor Clerk, Spectator, Books of the Year

This is the scarcely believable – and wholly true – story of Christopher Columbus' bastard son Hernando, who sought to equal and surpass his father's achievements by creating a universal library. His father sailed across the ocean to explore the known boundaries of the world for the glory of God, Spain and himself. His son Hernando sought instead to harness the vast powers of the new printing presses to assemble the world’s knowledge in one place, his library in Seville.

Hernando was one of the first and greatest visionaries of the print age, someone who saw how the scale of available information would entirely change the landscape of thought and society.

His was an immensely eventual life. As a youth, he spent years travelling in the New World, and spent one living with his father in a shipwreck off Jamaica. He created a dictionary and a geographical encyclopaedia of Spain, helped to create the first modern maps of the world, spent time in almost every major European capital, and associated with many of the great people of his day, from Ferdinand and Isabel to Erasmus, Thomas More, and Dürer. He wrote the first biography of his father, almost single-handedly creating the legend of Columbus that held sway for many hundreds of years, and was highly influential in crafting how Europe saw the world his father reached in 1492. He also amassed the largest collection of printed images and of printed music of the age, started what was perhaps Europe's first botanical garden, and created by far the greatest private library Europe had ever seen, dwarfing with its 15,000 books every other library of the day.

Edward Wilson-Lee has written the first major modern biography of Hernando – and the first of any kind available in English. In a work of dazzling scholarship, The Catalogue of Shipwrecked Books tells an enthralling tale of the age of print and exploration, a story with striking lessons for our own modern experiences of information revolution and Globalisation.

‘It’s a captivating adventure … For lovers of history, Wilson-Lee offers a thrill on almost every page … The Catalogue of Shipwrecked Books offers a vivid picture of Europe on the verge of becoming modern, but still holding tight to its ancient baggage … Magnificent.’ New York Times

‘READ THIS TRANSPORTING BOOK. Take it to the beach, to the countryside wherever – and thank you Edward Wilson-Lee for writing it, and with such a sense of vital grace’ Simon Schama

‘Perfectly pitched poetic drama – the closest thing documented history can get to magic realism… The Catalogue of Shipwrecked Books is a wonderful book …The true measure of Edward Wilson-Lee’s accomplishment, delivered in a simile-studded prose that is seldom less elegant and often quite beautiful, is to make Hernando’s epic, measured library shelves, not nautical miles, every bit as thrilling as his father’s story’ Financial Times

‘Wilson-Lee’s book – the first modern biography of Hernando written in English – is far more than just a straight account of a life, albeit a rich one… moving… Wilson-Lee does a fine job of capturing the intellectual excitement of a moment in European history’ New Statesman

'Edward Wilson-Lee’s fascinating and beautifully written account of how Hernando conceived and assembled his library is set within a highly original biography of the compiler. It’s a work of imagination restrained by respect for evidence, of brilliance suitably alloyed by erudition, and of scholarship enlivened by sensitivity and acuity' Literary Review

‘Hernando Columbus deserves to be as famous as his father, Christopher… Wilson-Lee’s greatest strength is the subtlety with which Hernando’s public life as a courtier and his private life as a collector are interwoven … Wilson-Lee leads us almost by stealth to an understanding of his subject’s greatest achievement’ Spectator