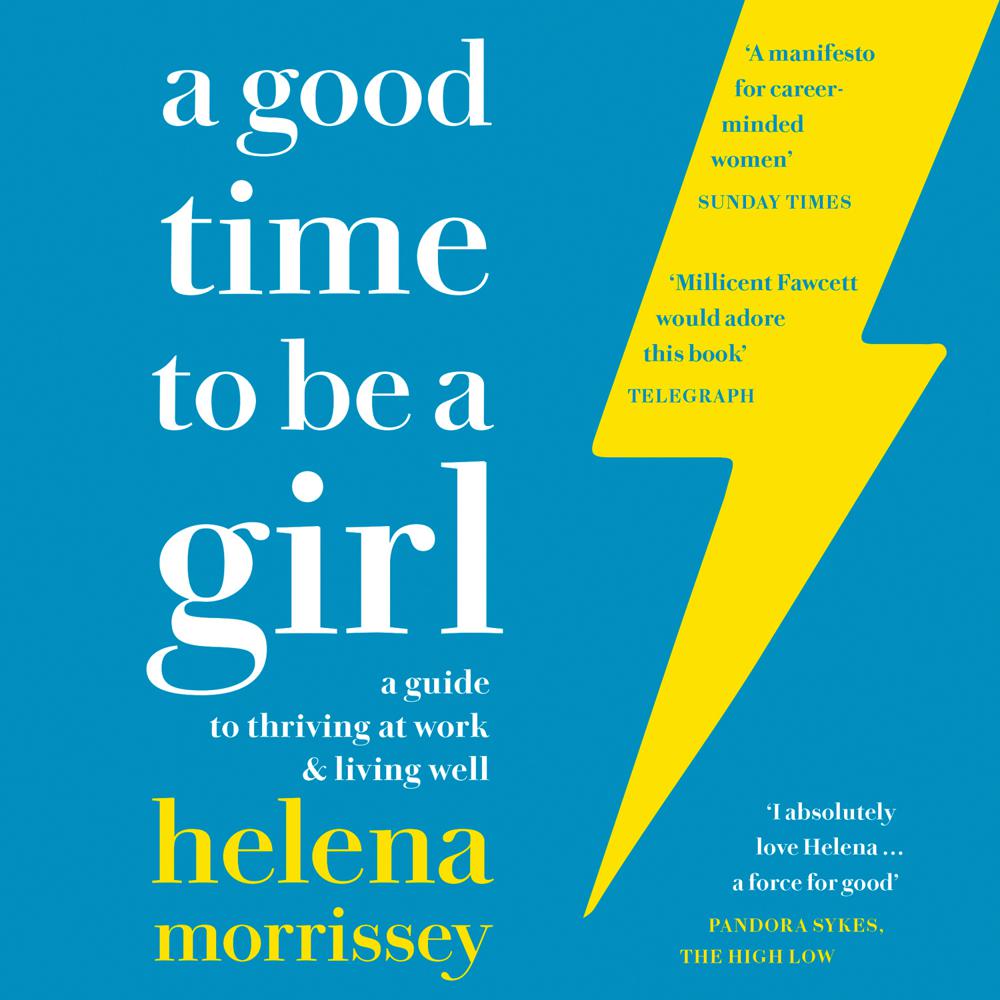 From the founder of the worldwide 30% Club campaign comes a career book for women in a transforming world who don't just want to lean in, but instead, shatter the paradigm as we know it.

‘I absolutely love her, I think she’s such a force for good’ Pandora Sykes, The High Low

In A Good Time to be a Girl, Helena Morrissey sets out how we might achieve the next big breakthrough towards a truly inclusive modern society.

Drawing on her experience as a City CEO, mother of nine, and founder of the influential 30% Club which campaigns for gender-balanced UK company boards, her manifesto for new ways of working, living, loving and raising families is for everyone, not just women. Making a powerful case for diversity and difference in any workplace, she shows how, together, we can develop smarter thinking and broader definitions of success. Gender balance, in her view, is an essential driver of economic prosperity and part of the solution to the many problems we face today.

Her approach is not aimed merely at training a few more women in working practices that have outlived their usefulness. Instead, this book sets out a way to reinvent the game – not at the expense of men but in ways that are right and relevant for a digital age. It is a powerful guide to success for us all.

‘Morrissey is unusual and her book is essentially about why that is a good thing; why people who don’t fit the mould should be valued for that, rather than forced to conform … a refreshing change from the niggling cult of female self-improvement, which starts from the premise that women are probably doing it all wrong’ Gaby Hinsliff, Observer

‘What supplies extra authority is where Morrissey is coming from – someone who has reached the summit and who did so while being mother to nine children. All credit to her. Onwards and upwards’ Evening Standard

‘A heartfelt manifesto for a more humane and inclusive form of capitalism’ Ruth Sunderland, Mail On Sunday

‘Morrissey is a suffragist like Millicent Fawcett, convinced that patient social reform can be brought by good women, and men’ Allison Pearson, Daily Telegraph

‘She makes a great case for ditching the dither, fixing your eyes on the prize, and asking for help where needed and promotion where desired too… I loved her positivity and push for collective female focus’ Helen Brown, Daily Mail