Empire of Gold
S. A. Chakraborty, Read by Soneela Nankani 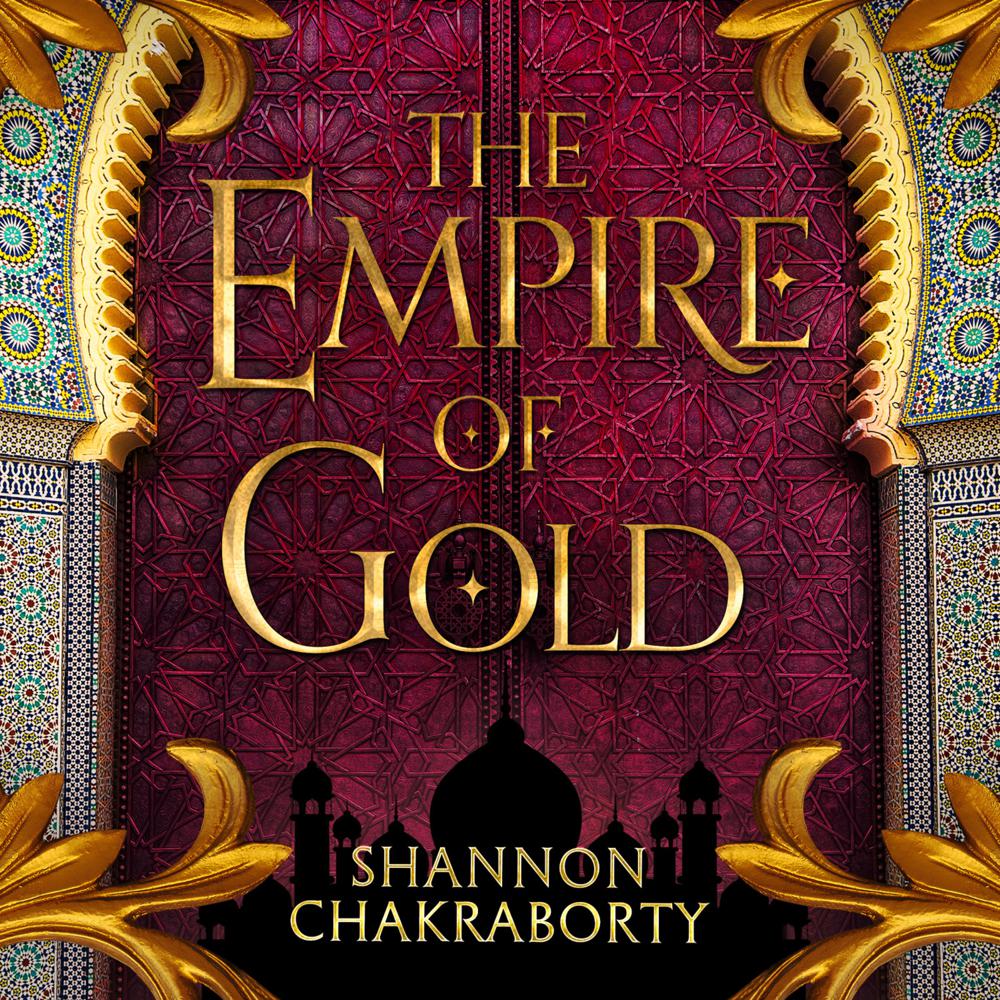 The final chapter in the bestselling, critically acclaimed Daevabad Trilogy, in which a con-woman and an idealistic djinn prince join forces to save a magical kingdom from a devastating civil war.

After a brutal conquest stripped the city of its magic, Nahid leader Banu Manizheh and her resurrected commander, Dara, must try to repair their fraying alliance and stabilize a fractious, warring people.

But the death of his people and loss of his beloved Nahri have unleashed the worst demons of Dara’s dark past. To vanquish them, he must face some ugly truths about his history and put himself at the mercy of those he once considered enemies.

Having narrowly escaped their murderous families and Daevabad’s deadly politics, Nahri and Ali, now safe in Cairo, face difficult choices of their own. Though Nahri is finding peace in the rhythms of her old home, she is haunted by the knowledge that the loved ones she left behind and the people who considered her a savior, are at the mercy of a new tyrant.

Ali, too, cannot help but look back, and is determined to return to rescue his city and the family that remains.

As peace grows more elusive and old players return, Nahri, Ali, and Dara come to understand that in order to remake the world, they may need to fight those they once loved…and take a stand for those they once hurt.

“The City of Brass is the best adult fantasy I’ve read since The Name of the Wind. It’s stunning and complex and consuming and fantastic. You must read it.”
Sabaa Tahir, #1 New York Times bestselling author of An Ember in the Ashes

“A rich Middle Eastern fantasy…Against [a] syncretic yet nonderivative and totally credible backdrop, Chakraborty has constructed a compelling yarn of personal ambition, power politics, racial and religious tensions, strange magics, and terrifying creatures, culminating in a cataclysmic showdown that few readers will anticipate…Best of all, the narrative feels rounded and complete yet poised to deliver still more. Highly impressive and exceptionally promising.”
Kirkus Reviews (starred review)

“An opulent masterpiece. Chakraborty's debut is desire-soaked, intrigue-laced, and ripe with so-delicious-you'll-sink-your-teeth-into-it worldbuilding and equally mesmerizing characters. The City of Brass is a must-read.”
Roshani Chokshi, New York Times bestselling author of The Star-Touched Queen

“A richly imagined, stunningly immersive book that takes you into a world of darkly alluring djinn, terrifying monsters and beguiling magic. Subversive and clever in its politics, nothing is quite as it seems in treacherous, seductive Daevabad. Peopled with irresistible characters and steeped in the myths of the Middle East, The City of Brass is a dazzlingly inventive tale, set in a world that feels both familiar and new. You will race to the end of this bold and brilliant debut.”
Ausma Zehanat Khan, award-winning author of the Khattak/Getty mysteries and The Bloodprint