Kingdom of Copper
S. A. Chakraborty, Read by Soneela Nankani 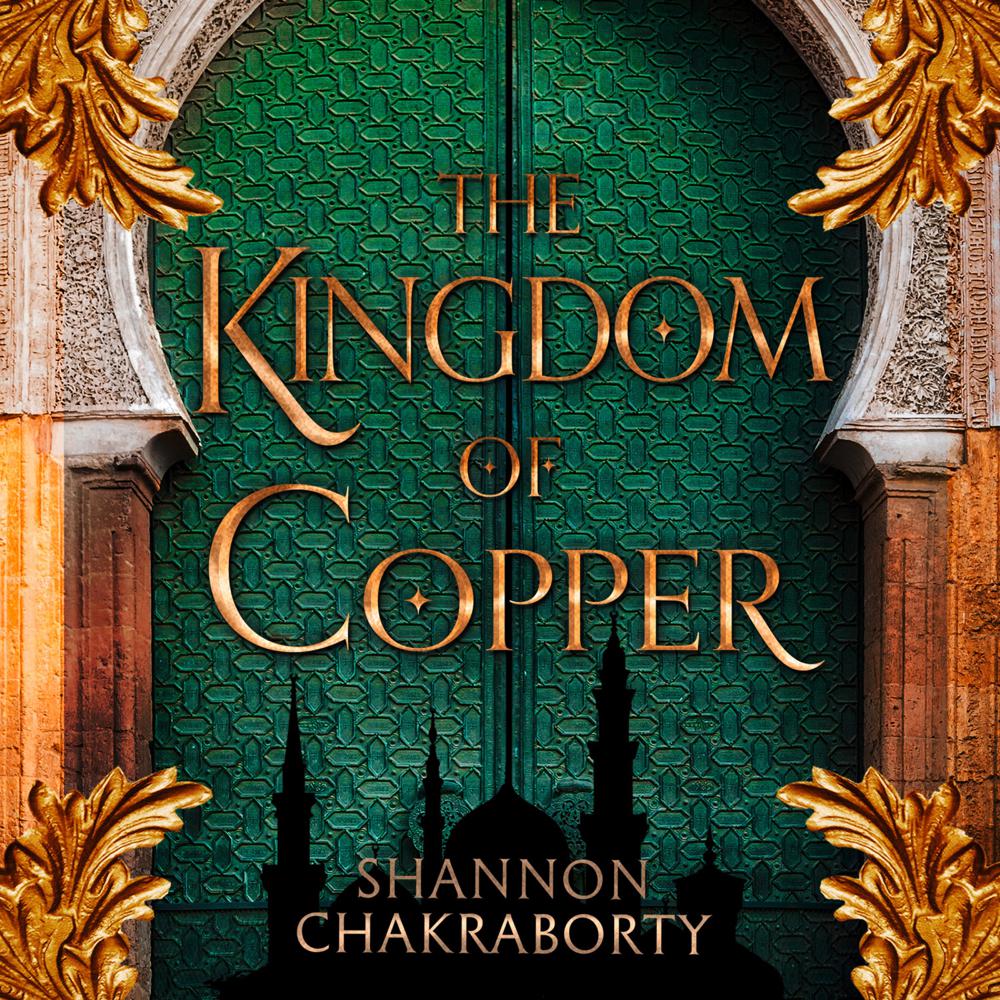 Return to Daevabad in the spellbinding sequel to THE CITY OF BRASS.

In Daevabad, where djinn can summon flames with a snap of their fingers, where rivers run deep with ancient magic, and blood can be as dangerous as any spell, a clever con artist from Cairo will alter the fate of a kingdom.

Nahri’s life changed forever when she accidentally summoned Dara, a formidable, mysterious djinn, during one of her schemes. Thrust into the dazzling royal court of Daevabad, she needed all of her grifter instincts to survive. Now, as Nahri embraces her heritage and her power, she must forge a new path.

Exiled for daring to defy his father, Ali is adrift on the unforgiving sands of his ancestral land, hunted by assassins and forced to rely on frightening new abilities that threaten to reveal a terrible family secret.

And as a new century approaches and the djinn gather within Daevabad's brass walls to celebrate, a power in the desolate north will bring a storm of fire straight to the city’s gates . . .

“The City of Brass is the best adult fantasy I’ve read since The Name of the Wind. It’s stunning and complex and consuming and fantastic. You must read it.”
Sabaa Tahir, #1 New York Times bestselling author of An Ember in the Ashes

“A rich Middle Eastern fantasy…Against [a] syncretic yet nonderivative and totally credible backdrop, Chakraborty has constructed a compelling yarn of personal ambition, power politics, racial and religious tensions, strange magics, and terrifying creatures, culminating in a cataclysmic showdown that few readers will anticipate…Best of all, the narrative feels rounded and complete yet poised to deliver still more. Highly impressive and exceptionally promising.”
Kirkus Reviews (starred review)

“An opulent masterpiece. Chakraborty's debut is desire-soaked, intrigue-laced, and ripe with so-delicious-you'll-sink-your-teeth-into-it worldbuilding and equally mesmerizing characters. The City of Brass is a must-read.”
Roshani Chokshi, New York Times bestselling author of The Star-Touched Queen

“A richly imagined, stunningly immersive book that takes you into a world of darkly alluring djinn, terrifying monsters and beguiling magic. Subversive and clever in its politics, nothing is quite as it seems in treacherous, seductive Daevabad. Peopled with irresistible characters and steeped in the myths of the Middle East, The City of Brass is a dazzlingly inventive tale, set in a world that feels both familiar and new. You will race to the end of this bold and brilliant debut.”
Ausma Zehanat Khan, award-winning author of the Khattak/Getty mysteries and The Bloodprint