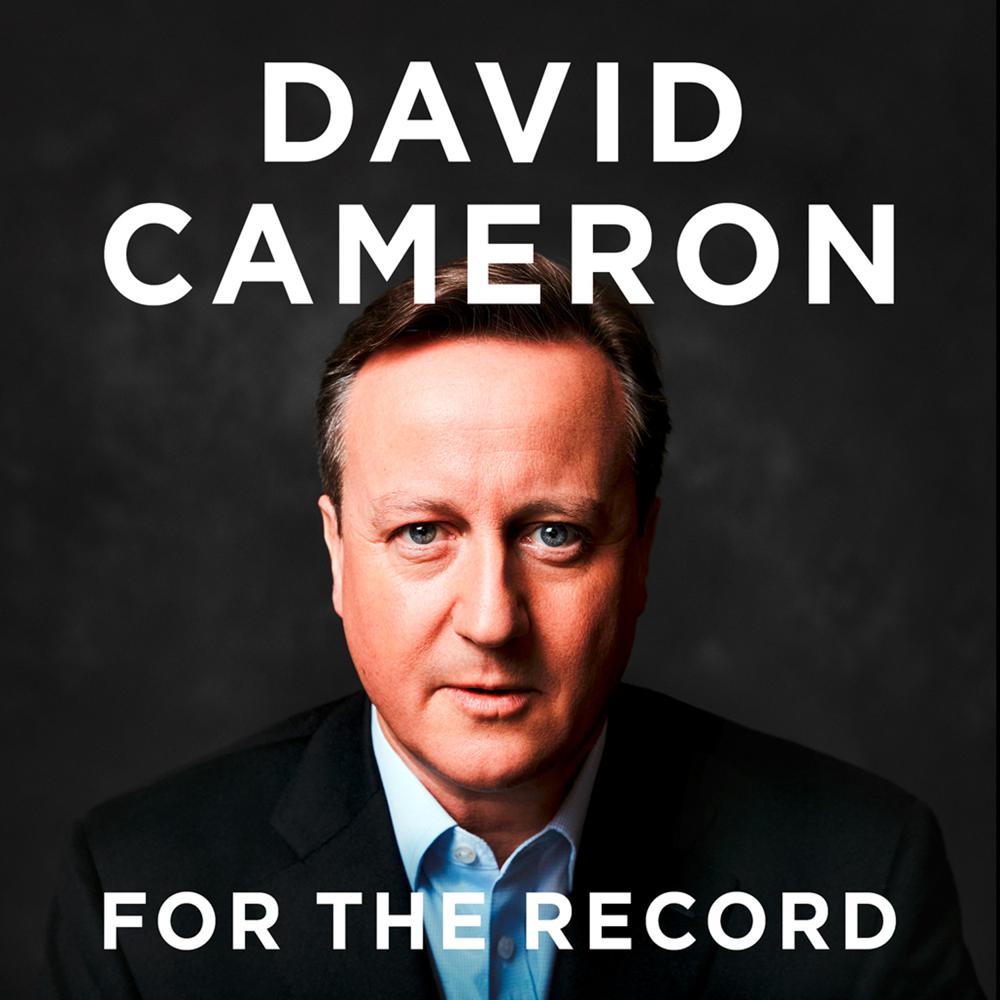 ‘The political memoir of the decade’ Sunday Times

The referendum on Britain’s membership of the EU is one of the most controversial political events of our times. For the first time, the man who called that vote talks about the decision and its origins, as well as giving a candid account of his time at the top of British politics.

David Cameron was Conservative Party leader during the largest financial crash in living memory. The Arab Spring and the Eurozone crisis both started during his first year as prime minister. The backdrop to his time in office included the advent of ISIS, surging migration and a rapidly changing EU.

Here he talks about how he confronted those challenges, from modernising a party that had suffered three successive electoral defeats to forming the first coalition government for seventy years. He sets out how he helped turn around Britain’s economy, implementing a modern, compassionate agenda that included education and welfare reform, the legalisation of gay marriage, the referendum on Scottish independence and world-leading environmental policies.

David Cameron is searingly honest about the key players from his time in politics. And he is frank about himself – the things he got right and the things he got wrong. He opens up about family life too, including the tragic loss of his eldest son.

We learn why he kept Britain’s promise on overseas aid spending and what it was like to commit British troops to conflicts in Libya, Iraq and Syria. He sets out how he won the first outright Conservative majority in nearly a quarter of a century, and describes the events leading up to the EU referendum, the renegotiation, the campaign – and his thoughts on it all today.

It is the most compelling record yet of what it’s like to lead in modern times and to live behind the most famous door in the world.

‘The political memoir of the decade’ Sunday Times

‘I praise For the Record with genuine enthusiasm. It is tastily candid about his colleagues … but also about his own mistakes’ Andrew Billen, Times

‘Arresting … Cameron has always been an easy target. But on reading this book, I think it is impossible for any fair-minded observer to doubt that he was a fundamentally decent, well-intentioned man, who did his best to represent Britain on the world stage and left our nation’s economy in a much better state than he found it.’ Daily Mail

‘A truly great political read … As much a guide to our future as to our past … Well written, well edited, pacey, the substance laced with anecdotes about life at the summit. Scores are settled too …  I’ve read a lot of political memoirs and this is one of the very best.’ George Osborne, Evening Standard

‘Well-written and lucid … His account of that tragedy [the death of his eldest son] is heart-breaking.’ Telegraph

‘It rattles along nicely at a pace that belies its 752 pages.’ New Statesman

‘His book displays all the sensitivity and communication skills he showed in office, and there is plenty of evidence of regret … Much livelier than I feared, full of colour, gossipy asides and decent anecdotes … The heavier policy stuff is also compelling, and revealing of the mountainous demands placed on Prime Ministers.’ i Newspaper

‘By any reckoning, it’s an important book … There’s a candour there that people will like.’ Alastair Campbell, BBC Radio 4

‘A much better book than a lot of people are predicting. He writes with authenticity.’ Iain Dale, BBC Radio 4