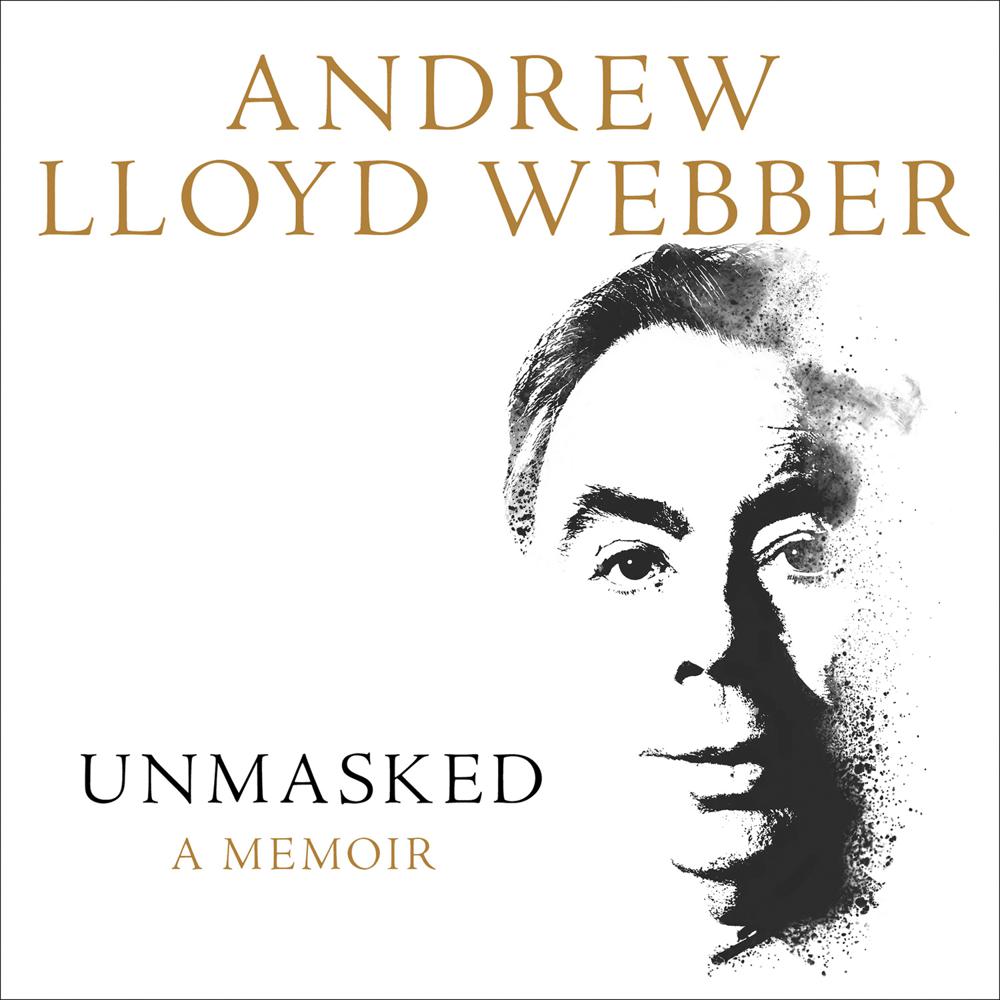 “You have the luck of Croesus on stilts (as my Auntie Vi would have said) if you’ve had the sort of career, ups and downs, warts and all that I have in that wondrous little corner of show business called musical theatre.”

One of the most successful and distinguished artists of our time, Andrew Lloyd Webber has reigned over the musical theatre world for nearly five decades. The winner of numerous awards, including multiple Tonys and an Oscar, Lloyd Webber has enchanted millions worldwide with his music and numerous hit shows, including Jesus Christ Superstar, Evita, Cats, The Phantom of the Opera—Broadway’s longest running show—and most recently, School of Rock. In Unmasked, written in his own inimitable, quirky voice, the revered, award-winning composer takes stock of his achievements, the twists of fate and circumstance which brought him both success and disappointment, and the passions that inspire and sustain him.

The son of a music professor and a piano teacher, Lloyd Webber reveals his artistic influences, from his idols Rodgers and Hammerstein and the perfection of South Pacific’s ‘Some Enchanted Evening,’ to the pop and rock music of the 1960s and Puccini’s Tosca, to P. G. Wodehouse and T. S. Eliot. Lloyd Webber recalls his bohemian London youth, reminiscing about the happiest place of his childhood, his homemade Harrington Pavilion—a make-believe world of musical theatre in which he created his earliest entertainments.

A record of several exciting and turbulent decades of British and American musical theatre and the transformation of popular music itself, Unmasked is ultimately a chronicle of artistic creation. Lloyd Webber looks back at the development of some of his most famous works and illuminates his collaborations with luminaries such as Tim Rice, Robert Stigwood, Harold Prince, Cameron Mackintosh, and Trevor Nunn. Taking us behind the scenes of his productions, Lloyd Webber reveals fascinating details about each show, including the rich cast of characters involved with making them, and the creative and logistical challenges and artistic political battles that ensued.

Lloyd Webber shares his recollections of the works that have become cultural touchstones for generations of fans: writings songs for a school production that would become his first hit, Joseph and the Amazing Technicolor Dreamcoat; finding the coterie of performers for his classic rock opera Jesus Christ Superstar; developing his first mega-hit, Evita, which would win seven Tonys Awards, including Best Musical; staking his reputation and fortune on the groundbreaking Cats; and making history with the dazzling The Phantom of the Opera.

‘It seems there is nothing Andrew Lloyd Webber can’t do. Besides his feats as a composer and creator of musicals, this memoir proves that he can write stylish and witty prose too.’ – Sunday Times

‘There is much of this autobiography that is, quite simply, hilarious…His is an authentic voice, the real deal, and you emerge feeling as if you have been allowed inside the tornado that is ALW.’ – The Times

‘I laughed, I cried, it was better than cats!’ – Sloane Crosley, Vanity Fair

‘An autobiography that has… wit, suspense, contemporaneity, audacity, and an appealingly shrewd sense of the occasion.’ – Adam Gopnik, The New Yorker