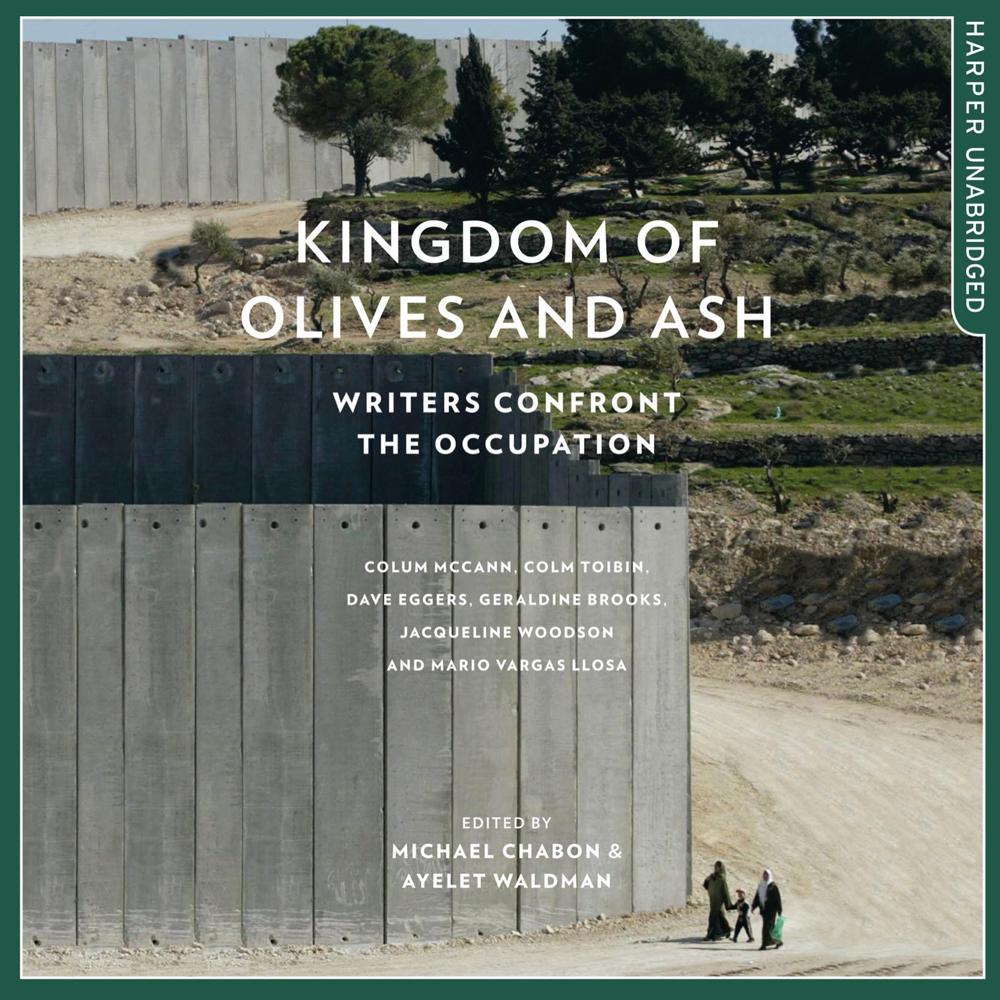 Published to coincide the with 50th anniversary of the Israel occupation of the West Bank, an anthology that explores the human cost of the conflict there as witnessed by such notable writers as Colum McCann, Colm Toibin, Dave Eggers, Madeleine Thien, Eimear McBride, Taiye Selasi and editors Michael Chabon and Ayelet Waldman.

June 2017 marks the 50th anniversary of the Israel occupation of the West Bank. The violence on both sides of the conflict has been horrific, the casualties catastrophic. Michael Chabon and Ayelet Waldman, two of today's most renowned novelists and essayists, have joined forces with the Israeli NGO Breaking the Silence—an organization comprised of former Israeli soldiers who served in the occupied territories and saw firsthand the injustice there—and a host of illustrious writers to tell the stories of the people on the ground in the contested territories.

KINGDOM OF OLIVES AND ASH includes contributions from some of our most esteemed storytellers, including essays from editors Chabon and Waldman. Their writing enables readers to understand the human narratives behind the litany of grim destruction broadcasted nightly on the news. Together they all stand witness to the human cost of the occupation.

‘The message is unwavering: life under occupation is frightening and oppressive. Strong efforts include Geraldine Brooks’s opening piece, about two Palestinian children caught up in cyclical violence. Rachel Kushner draws out the unsavory subject of Palestinian-on-Palestinian violence. Chabon himself addresses the curbs placed on Palestinian commerce and how this also redefines the Palestinian experience of “normal life.”’ Publishers Weekly