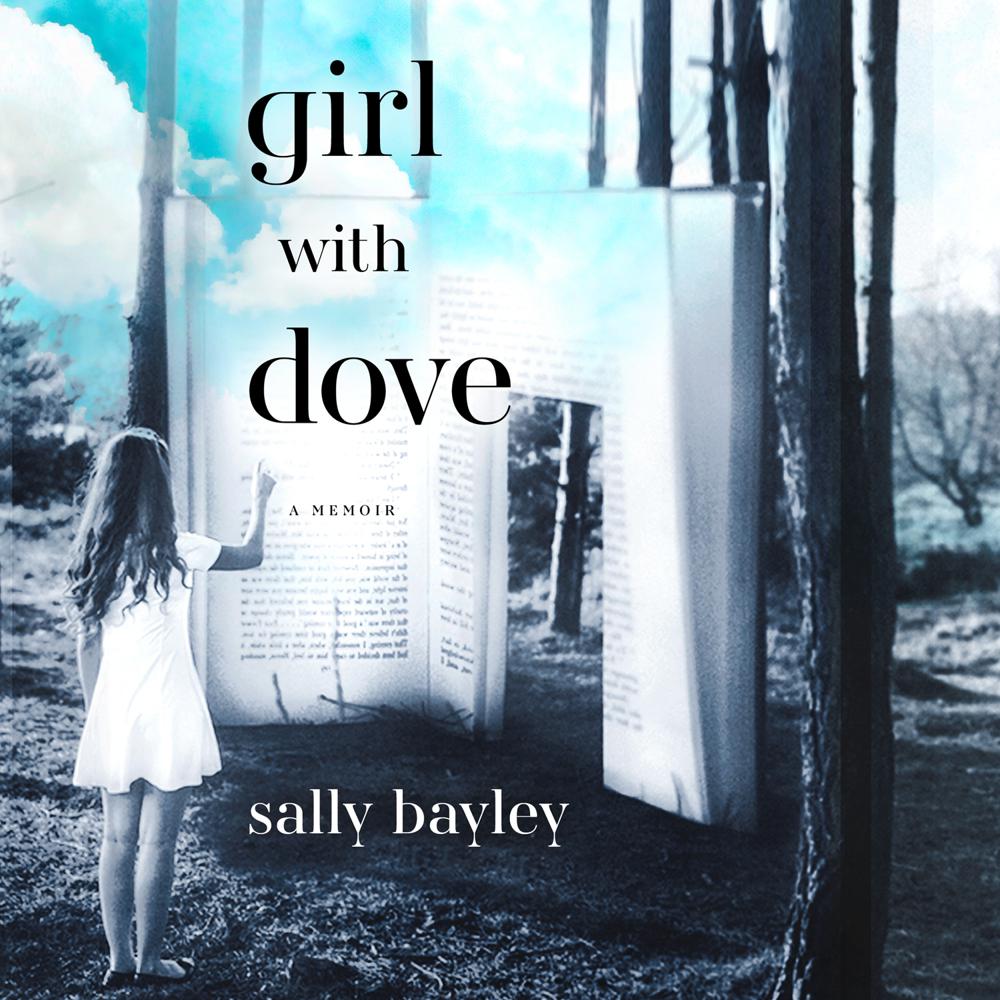 ‘The word “mesmerising” is frequently applied to memoirs, but seldom as deservedly as in the case of Girl With Dove’ Financial Times

This audiobook includes an exclusive interview between the author, Sally Bayley, and a mentee of Sally’s, Georgie Newson, who first met when they read ‘Jane Eyre’ together. They talk about the stories that have been woven into the book, the reflective nature of literature, the influence of Jane Eyre on their lives, and much more.

Growing up in a dilapidated house by the sea where men were forbidden, Sally’s childhood world was filled with mystery and intrigue. Hippies trailed through the kitchen looking for God – their leader was Aunt Di, who ruled the house with charismatic force. When Sally’s baby brother vanishes from his pram, she becomes suspicious of the activities going on around her. What happened to Baby David and the woman called Poor Sue? And where did all the people singing and wailing prayers in the front room suddenly go?

Disappearing into a world of books and reading, Sally adopts the tried and tested methods of Miss Marple. Taking books for hints and clues, she turns herself into a reading detective. Her discovery of Jane Eyre marks the beginning of a vivid journey through Victorian literature where she also finds the kind, eccentric figure of Charles Dickens’ Betsey Trotwood. These characters soon become her heroines, acting as a part of an alternative family, offering humour and guidance during many difficult moments in Sally’s life.

Combining the voices of literary characters with those of her real-life counterparts, Girl With Dove reads as a magical series of strange encounters, climaxing with a comic performance of Shakespeare in the children’s home where Sally is eventually sent.

Weaving literary classics with a young girl’s coming of age story, this is a book that testifies to the transformative power of reading and the literary imagination. Mixing fairy tale, literary classics, nursery rhymes and folklore, it is the story of a child’s adventure in wonderland and search for truth in an adult world often cast in deep shadow.

‘This is a very eccentric memoir … I liked it, because I was captivated by Sally Bayley's poetic light touch … Thanks to the guidance of three beloved fictional characters … who came alive in her imagination, young Sally negotiated her way through the jungle of her childhood’ The Times

‘The strangest and most striking memoir I have read in years … Her bold poetic prose carries the sinister cackle of Bertha Mason on a warm breeze through St Mary Mead, to be wafted away in comic disdain by Betsey Trotwood’ Helen Brown, Daily Telegraph

‘A testament to innocence, resilience and the protective power of the imagination …This is a story about the child’s need to make sense of chaos and the redemptive power of stories to bestow meaning … The word “mesmerising” is frequently applied to memoirs, but seldom as deservedly as in the case of Girl With Dove, a work suffused with psychological depth, literary inventiveness and subtle brilliance’ Financial Times

‘Bayley’s family are compelling, certainly, but it’s the formidable and moving lines of much-loved prose, sketched long ago in the classics, that provide much of Girl With Dove’s horsepower’ Irish Times

‘A moving, highly original memoir … It’s a remarkable testament to reading as a “strong torch, shining through the dark”’ The Bookseller

‘This extraordinary book … an astonishing tale, astonishingly written in clear, precise prose … Bayley is exceptionally good at bringing us into the child's world … there's a raw, visceral power to the writing, which turns the abstract physical on almost every page … the prose sings … This bold, arresting memoir is about the quest for a different kind of truth’ Sunday Times