Witness for the Prosecution
Agatha Christie, Read by Christopher Lee 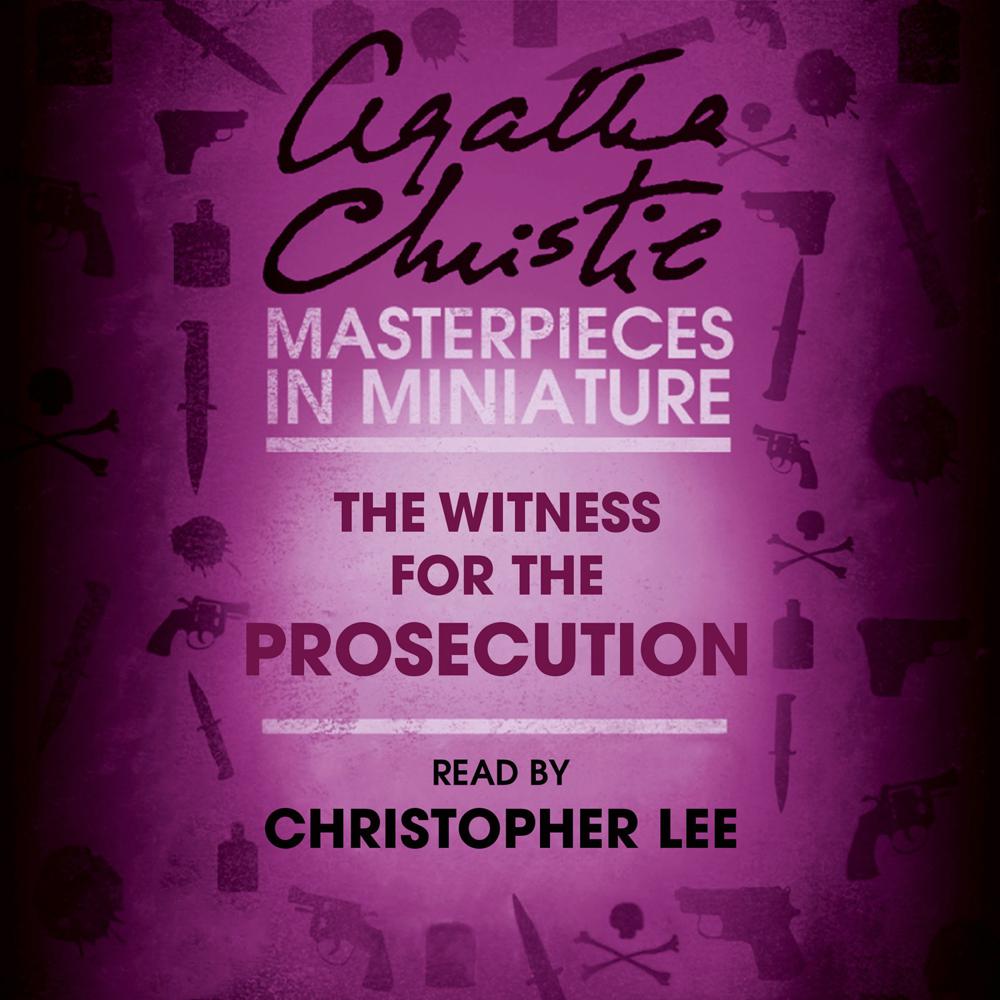 When wealthy spinster Emily French is found murdered, suspicion falls to Leonard Vole, the man to whom she hastily bequeathed her riches before she died. Leonard assures the investigators that his wife, Romaine Heilger can provide them with an alibi. However, when questioned, Romaine informs the police that Vole returned home late that night covered in blood. During the trial, Ms French’s housekeeper, Janet gives damning evidence against Vole, but as Romaine’s cross-examination begins her motives come under scrutiny from the courtroom. One question remains, will justice out?

‘The plots are so good that one marvels … most of them would have made a full length thriller.’ Daily Mirror