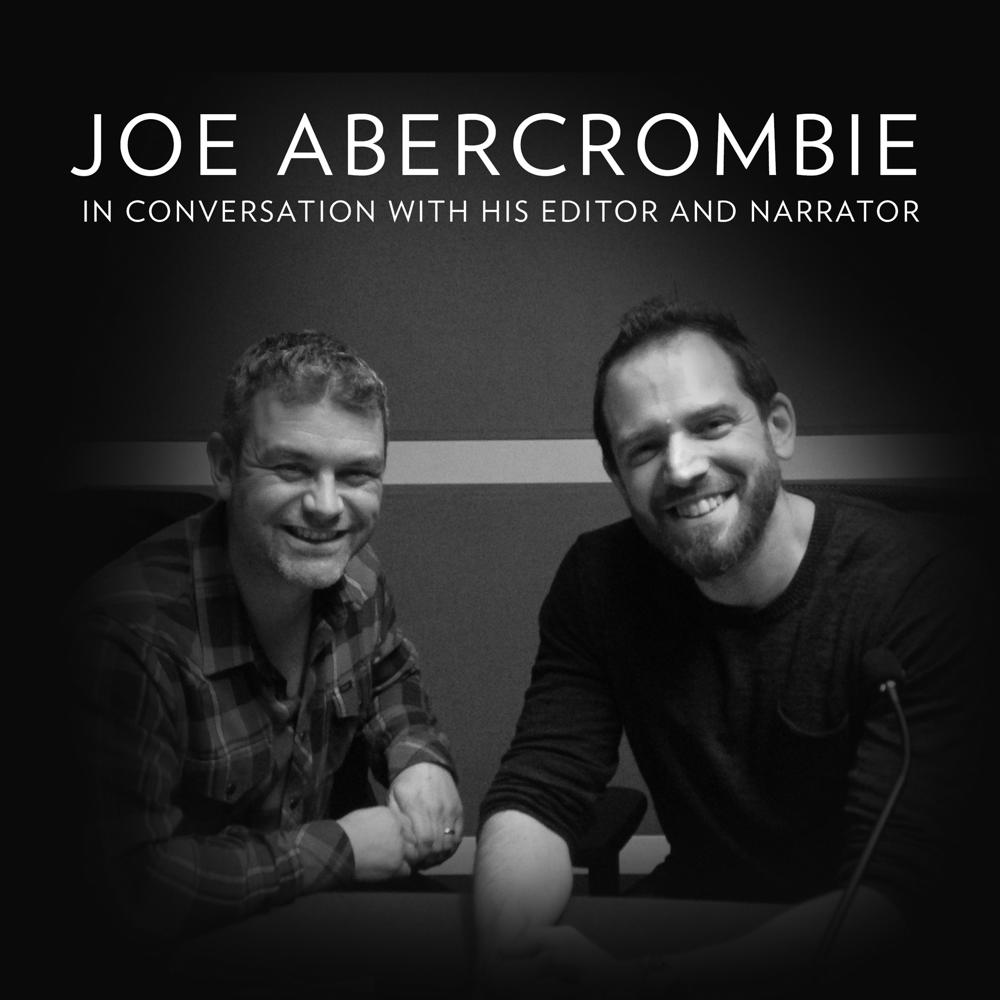 Joe Abercrombie is the bestselling author of the First Law and Shattered Sea series. Here, with his UK editor Natasha Bardon and Shattered Sea narrator Ben Elliot, he talks about his inspirations, writing process, and just how it feels to hand over your characters for someone else to perform.

This interview is followed by the first chapter of the first Shattered Sea book, HALF A KING.

About Joe:
Joe Abercrombie was born in Lancaster on the last day of 1974, the son of an English teacher and a sociologist. He spent much of his youth in imaginary worlds, and left school with a good idea of how to make stuff up. He moved to the big city, learned to brew tea, and ended up as a TV editor, working on documentaries, events and concerts for bands from Iron Maiden to Coldplay. But in the darkness of the night he was still making stuff up, and his first book, The Blade Itself, was published in 2006. He now lives in Bath with his wife Lou and their three children Grace, Eve and Teddy and makes stuff up full-time.

‘Like GAME OF THRONES on an adrenaline drip. A full-throated war cry of a novel’ Daily Mail

‘The perfect end to an outstanding trilogy’ SFX

‘Grabbed me and refused to let go’ George R.R. Martin

‘Another great tale from a master’ Sun