Out of the Shadow of a Giant
John Gribbin and Mary Gribbin, Read by Peter Noble 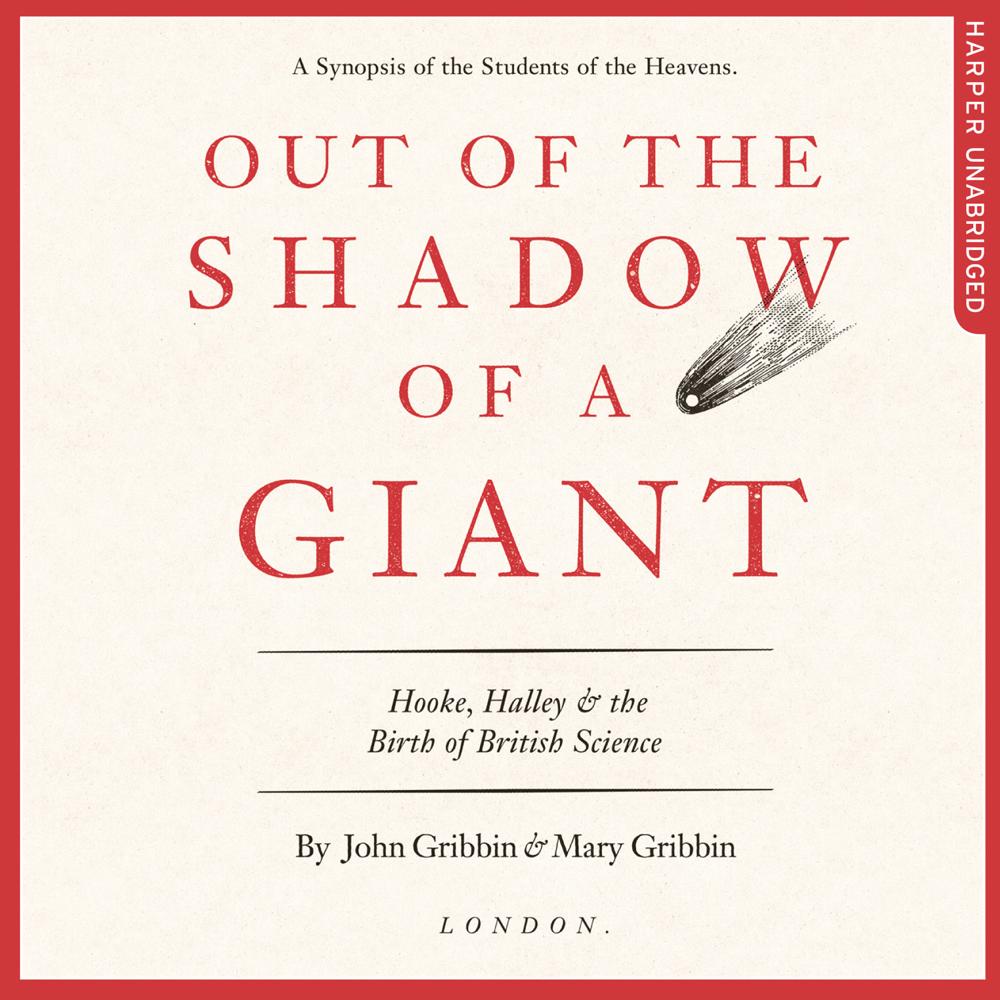 What if Isaac Newton had never lived? Robert Hooke and Edmond Halley, whose place in history has been overshadowed by the giant figure of Newton, were pioneering scientists within their own right, and instrumental in establishing the Royal Society.

Whilst Newton is widely regarded as one of the greatest scientists of all time, and the father of the English scientific revolution, John and Mary Gribbin uncover the fascinating story of Robert Hooke and Edmond Halley, whose scientific achievements neatly embrace the hundred years or so during which science as we know it became established in Britain. They argue persuasively that even without Newton science in Britain would have made a great leap forward in the second half of the seventeenth century, headed by two extraordinary men, Hooke and Halley.

‘Elegant and meticulously researched … this is a most enjoyable book.’ The Observatory

Praise for the authors:

‘Precise yet mysterious … as beautiful as a poem and as exciting as a novel.’ The Sunday Times

‘A gripping account of the history of quantum mechanics and a clear description of its significance – and weirdness. Absolutely fascinating.’ Isaac Asimov