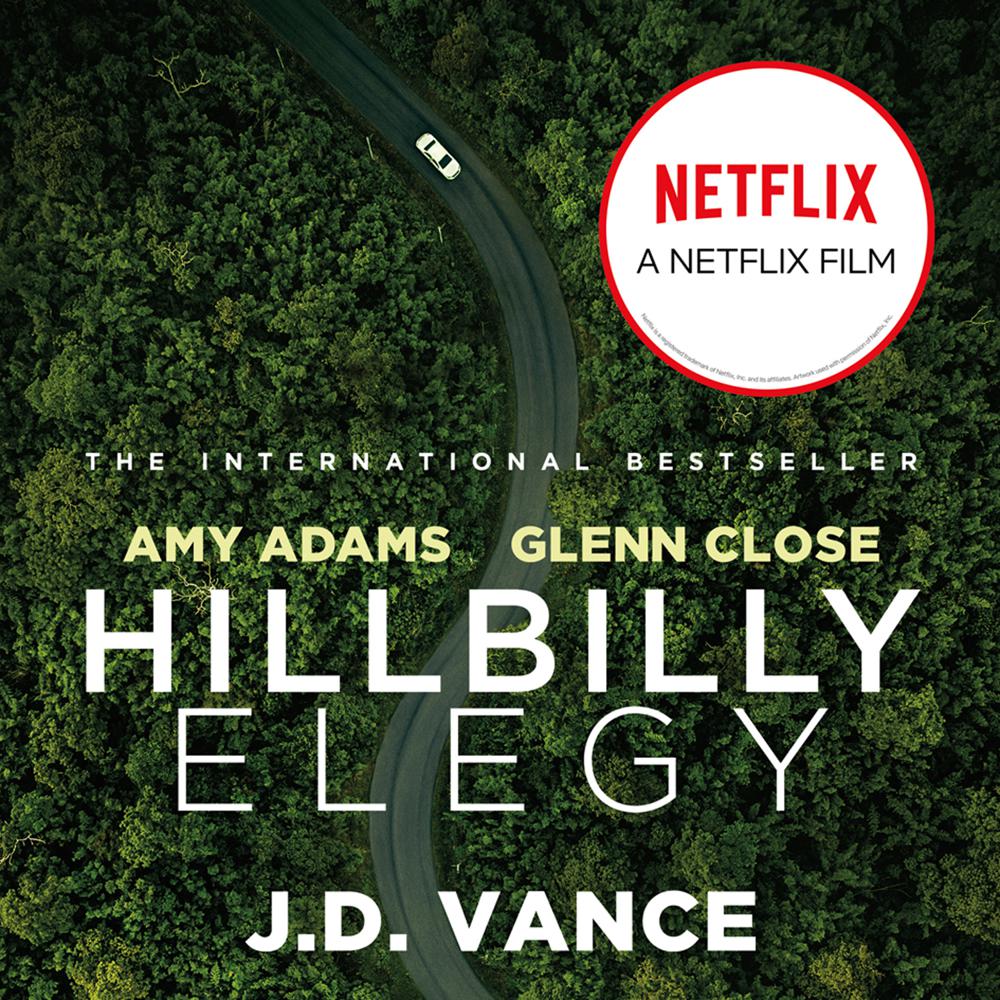 ‘THE POLITICAL BOOK OF THE YEAR’ Sunday Times

‘Hillbilly Elegy’ is a passionate and personal analysis of a culture in crisis – that of white working-class Americans. The decline of this group, a demographic of our country that has been slowly disintegrating over forty years, has been reported on with growing frequency and alarm, but has never before been written about as searingly from the inside. J. D. Vance tells the true story of what a social, regional, and class decline feels like when you were born with it hung around your neck.

The Vance family story begins hopefully in post-war America. J. D.’s grandparents were “dirt poor and in love,” and moved north from Kentucky’s Appalachia region to Ohio in the hopes of escaping the dreadful poverty around them. They raised a middle-class family, and eventually their grandchild (the author) would graduate from Yale Law School, a conventional marker of their success in achieving generational upward mobility.

But as the family saga of Hillbilly Elegy plays out, we learn that this is only the short, superficial version. Vance’s grandparents, aunt, uncle, sister, and, most of all, his mother, struggled profoundly with the demands of their new middle-class life, and were never able to fully escape the legacy of abuse, alcoholism, poverty, and trauma so characteristic of their part of America. Vance piercingly shows how he himself still carries around the demons of their chaotic family history.

A deeply moving memoir with its share of humour and vividly colourful figures, ‘Hillbilly Elegy’ is the story of how upward mobility really feels. And it is an urgent and troubling meditation on the loss of the American dream for a large segment of this country.

‘Powerful and highly readable account of the light of the poor white Americans in Kentucky’, Books of the Year, Financial Times

‘Essential reading for all yankophiles, politicians and anyone interested in how Donald Trump won over the rust belt to arrive at the White House’, Books of the Year, Sunday Times

‘America’s political system and the white working class have lost faith in each other. ‘Hillbilly Elegy’ offers a starkly honest look at what that shattering of faith feels like for a family who lived through it. You will not read a more important book about America this year’ Economist

‘Vance’s description of the culture he grew up in is essential reading for this moment in history’ David Brooks, New York Times

‘Clear-eyed and nuanced, a powerful antidote to the clamour of news’ The Times

‘With exquisite timing Vance’s ‘Hillbilly Elegy’ offers something profound at this time of political populism … a great insight into Trump and Brexit’ Ian Birrell, Independent

‘I bought this to try to better understand Trump’s appeal to those white working-class people who feel left behind, but the memoir is so much more than that … It’s an important social history/commentary but also a gripping, unputdownable page-turner’ India Knight, Evening Standard