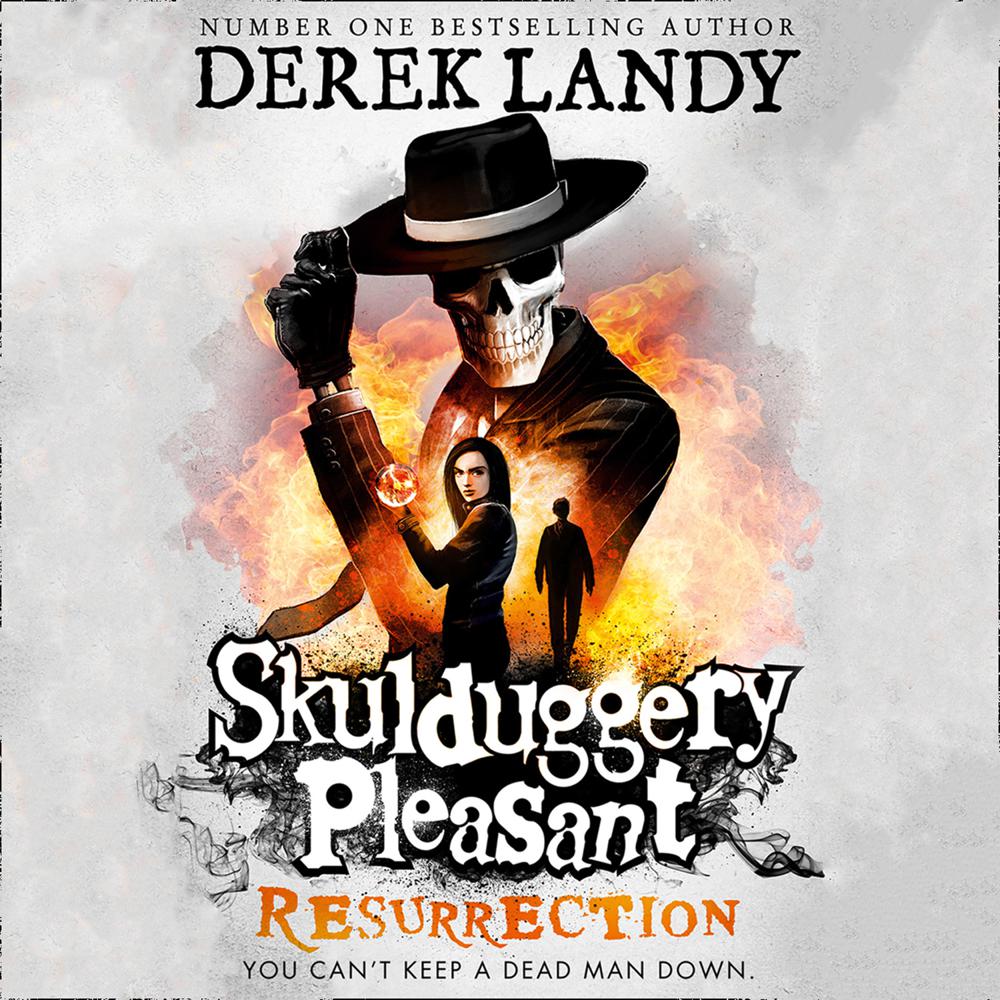 The skeleton detective is coming back to life… again! It’s the tenth, triumphant novel in the Skulduggery Pleasant series, and it will rearrange your world.

Skulduggery and Valkyrie are back in the tenth instalment in the bestselling Skulduggery Pleasant series – an incredible and unexpected treat for the legions of fans around the world.

We can’t say much but we can say this: Skulduggery and Valkyrie are going to team up with beloved characters from the first 9 books as well as an all-new cast, including new teen co-star Omen Darkly, for an adventure that takes the story to truly global proportions… while answering questions that go right back to the beginning.

And Derek says this: “I was halfway through Last Stand of Dead Men, I think, when I realised that I had more stories to tell. I told myself that if Skulduggery and Valkyrie survived the series, I would leave the option open of returning to their world. There were still secrets I need to reveal, after all, and there were still horrors they had to face. They survived the first series. But they’re really going to wish they hadn’t.”

“From the start, Landy is back to his wise-cracking best and this book sizzles with whip-smart dialogue and dark humour galore. Highly recommended.” Sarah Webb, Independent IE

“The witty and edgy Skulduggery Pleasant series will enthral kids for the age of ten, and adults too” Christina Hardyment, The Times