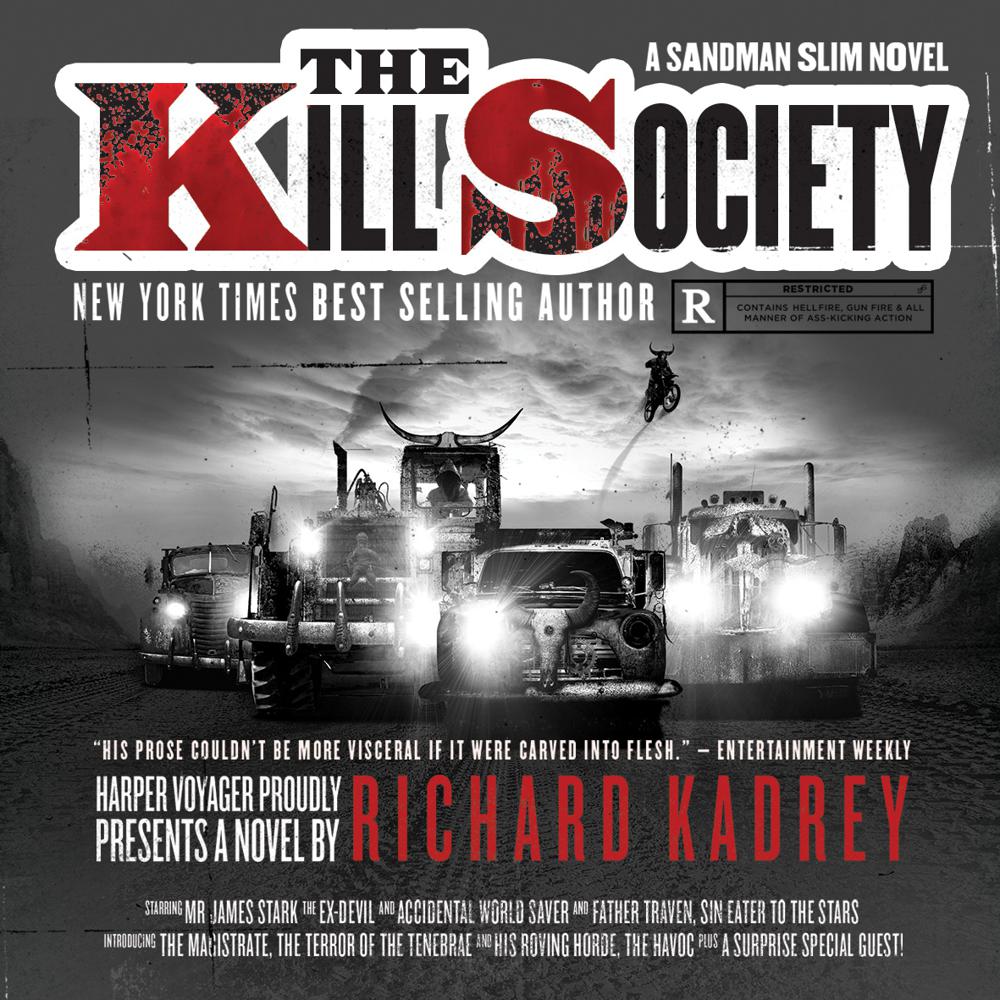 Ninth in the high-octane Sandman Slim series, The Kill Society has the kick-ass action and inventive fantasy that are the hallmarks of New York Times bestselling author Richard Kadrey.

Sandman Slim has reached the far edge of Tenebrae: the desolate home of the lost dead. Alone and with no clue how to get back home, he collides with a caravan of the damned, led by the ruthless Magistrate.

Slim didn’t land in Tenebrae by chance. When he tried to open Heaven, he sent a tsunami across the universe and now the afterlife is falling apart. The angels know Slim is close by, and they have put a tempting bounty on his head.

It’s one thing to ride with a ferocious criminal gang across the land of the dead – it’s quite another to do it while everyone is trying to make sure you stay there. But Slim’s not too worried. He’s been fighting cosmic forces hell-bent on destruction for years. A pack of vicious bounty hunters, vengeful angels, and dangerous enemies with friendly smiles isn’t going to stop him fixing the chaos he’s caused…