Mixer: The Story of Premier League Tactics, from Route One to False Nines
Michael Cox, Read by Colin Mace 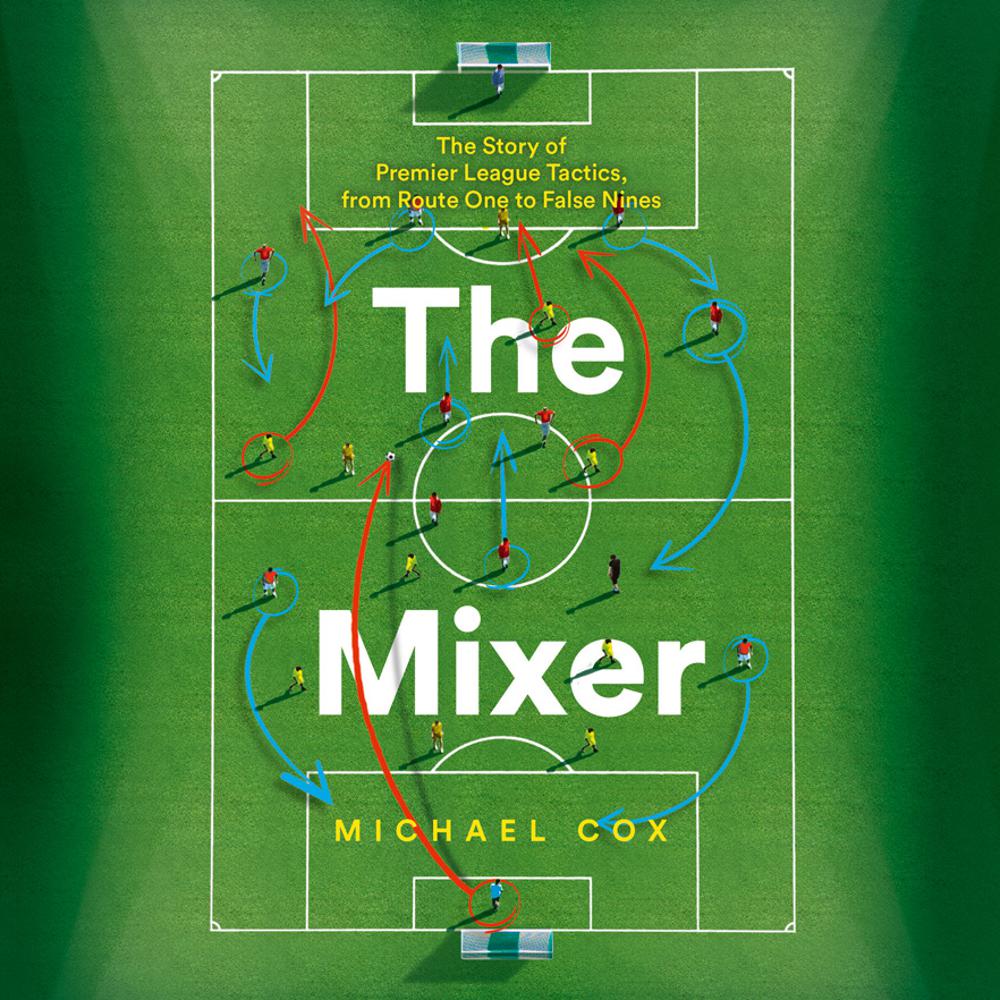 An absolutely essential book for every modern football fan, about the development of Premier League tactics, published to coincide with 25 years of the competition.

Back in 1992, English football was stuck in the dark ages, emerging from a five-year ban from European competition. The game was physical, bruising and attritional, based on strength over speed, aggression over finesse. It was the era of the midfield general, reducers, big men up front and getting it in the mixer; 4-4-2 was the order of the day. Few teams experimented tactically.

And then, almost overnight, it all changed. The creation of the Premier League coincided with one of the most seismic rule changes in football history: the abolition of the back-pass. Suddenly defenders had no-get-out-of-jail-free card, goalkeepers had to be able to field and play the ball and the pace of the game quickened immeasurably. Tactics evolved dramatically, helped by an increased foreign influence.

The Mixer is the first book to delve deep into the tactical story of the Premier League, and take a long view of how the game has developed over the last quarter century. From Ferguson’s directness to Keegan’s relentlessly attacking Newcastle outfit, to Mourinho’s cagey, reactive Chelsea, all the way to Ranieri’s counter-attacking champions, The Mixer is one of the most entertaining, rich and knowledgeable football books ever written.

‘A compelling examination of the evolution of tactics in the Premier League. A fine read, and a powerful reminder of how much has changed.’ – Matthew Syed, The Times

‘Thanks to his meticulous research and his focus on strategy, Mr Cox finds a fresh perspective on a story that football fans will think they already knew’ – The Economist

‘The Mixer, by Michael Cox is a very unusual football writer in that he specialises in the game as it’s actually played, rather than the gossip or folklore around it. The Mixer is a tactical history of the English Premier League, with telling anecdotes on every page. It’s deeply informed and a pleasure to read.’ – Financial Times

‘If you’re in mourning that the footie season is over, this is for you. Delving deep into the beautiful game, it’s a look back at how the sport has changed over the years. Nostalgia will hit as you’ll remember iconic matches, too’ – The Sun

‘Intelligently written. Impressively researched. Fascinatingly addictive. Michael Cox is like a cartographer, remapping the landscape of the Premier League so we see the contours of it afresh. That’s some feat.’
– Duncan Hamilton, two-time winner of the William Hill Sports Book of the Year

‘Michael Cox provides brilliant tactical context to our favourite moments of Premier League nostalgia.
The Mixer is as entertaining as a Wanchope dribble, with the authority of a Shearer finish and the panache of a Cantona celebration. And you may even learn to love Tony Pulis a little bit.’ – Ben Lyttleton, author of Twelve Yards: The Art & Psychology of the Perfect Penalty