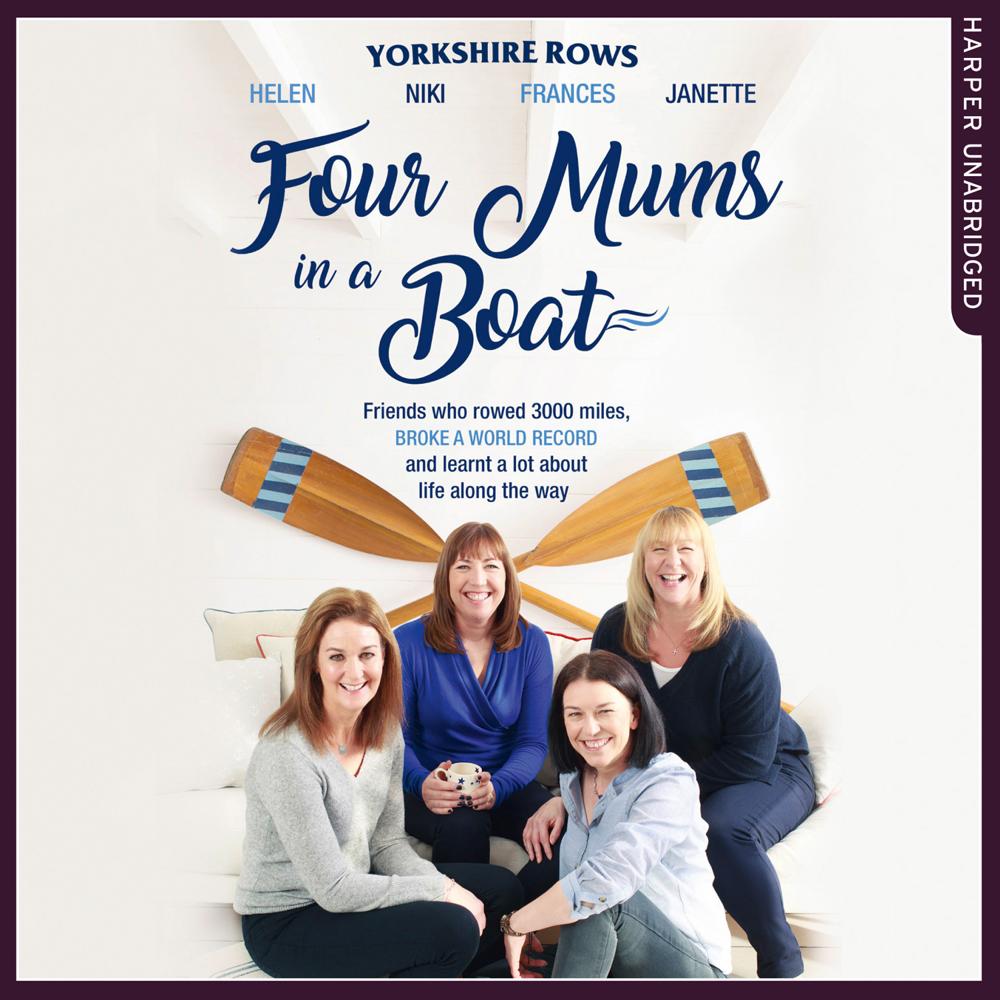 SHORTLISTED FOR THE 2018 SPORTS BOOK AWARDS

LONGLISTED FOR THE WILLIAM HILL SPORTS BOOK OF THE YEAR 2017

The incredible true story of four ordinary working mums from Yorkshire who took on an extraordinary challenge and broke a world record along the way.

Janette, Frances, Helen and Niki, though all from Yorkshire, were four very different women, all juggling full time jobs alongside being mothers to each of their 2 children. They could never be described as athletes, but they were determined to be busy and the local Saturday morning rowing club was the perfect place to go to have a laugh and a gossip, get the blood pumping in the open air, and feel invigorated.

Brought together by their love of rowing, they quickly became firm friends, and it wasn’t long before they cooked up a crazy idea over a few glasses of wine: together, they were going to do something that fewer people than had gone into space or climbed Everest had succeeded in doing. They were going to cross 3,000 miles of treacherous ocean in the toughest row in the world, The Talisker Whisky Atlantic Challenge.

Yes, they had children and husbands that they would be leaving behind for two months, yes they had businesses to run, mortgages to pay, responsibilities. And there was that little thing of them all being in their 40s and 50s.

But two years of planning, preparation, fundraising, training and difficult conversations later, and they found themselves standing on the edge of the San Sebastian harbour in the Canary Islands, petrified, exhilarated and ready to head up the race of their lives.

This is the story of how four friends together had the audacity to go on a wild, terrifying and beautiful adventure, not to escape life, but for life not to escape them.