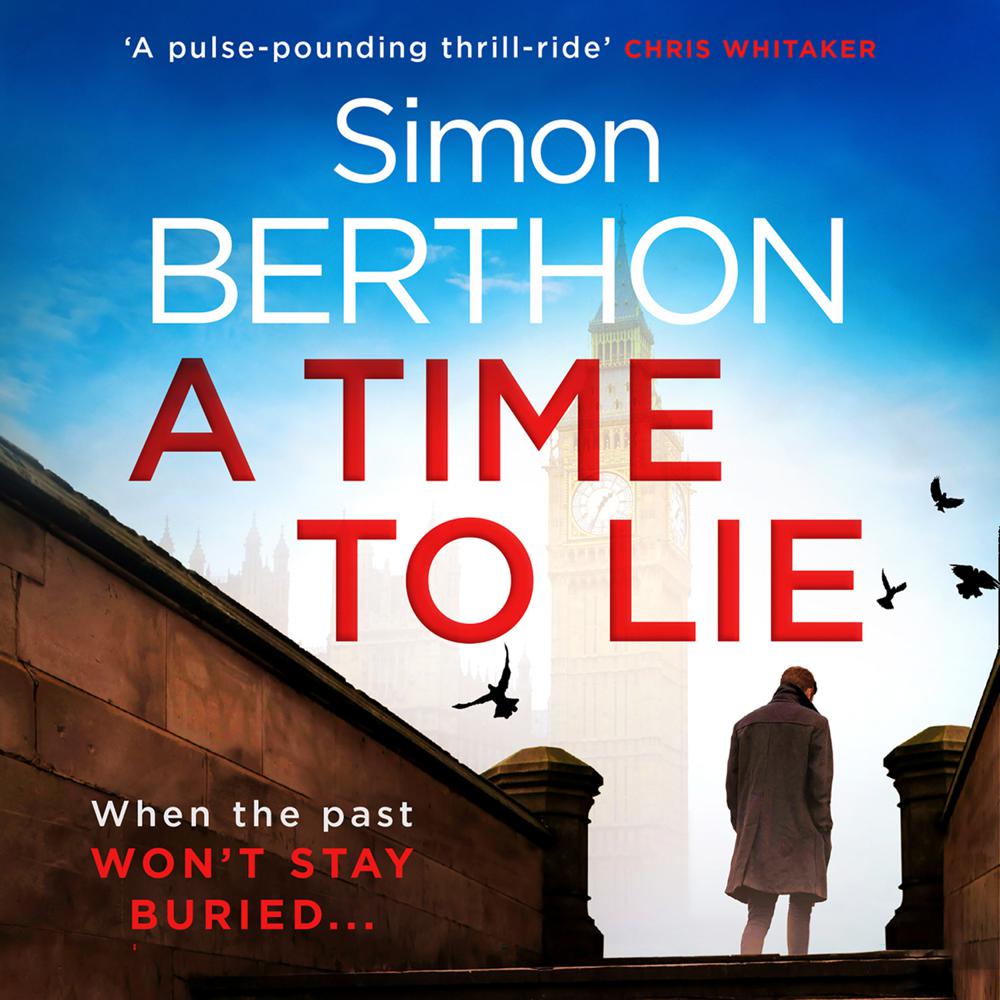 An explosive, fast-paced espionage thriller for fans of Frank Gardner and Mick Herron.

‘Dark and twisted, A Time to Lie is a tense and timely novel’ Adam Hamdy

A LONG-BURIED BODY.
On the morning of the Tory Party conference, the bones of a young woman’s hand are discovered in a London building site.

A DIVISIVE PRIME MINISTER.
Prime Minister Robin Sandford is accused of killer her. With his career on the brink of ruin, he enlists the unofficial help of MI5. A decision which leads him into a new world of espionage, mass executions and murder.

A PLOT TO BRING HIM DOWN…
The deeper he goes, the more treacherous the game becomes. And if he fails to expose the truth, the whole country will pay the price…

‘Dark and twisted, a tense and timely novel’ Adam Hamdy

‘Classy novel. Simon Berthon is a deft guide to the darker recesses of a fictional British state. A well-crafted, informed thriller’ Financial Times

‘Entertaining and shocking. Full of good characters and interesting relationships, this is not only a clever thriller but also an indictment of the way the UK’s political system works’ Literary Review

‘With deception at every turn, Berthon delivers masterful character development amid a tangle of sub-plots that both disguise and enrich the main story arc. Cleverly paced and meticulously planned, A Time To Lie will have you racing toward the ending, where politics and journalism collide in a bid to uncover the truth’ Press Association

‘A Prime Minister with a murky past, a gruesome discovery and dark intrigue make A Time to Lie a topical read. Simon Berthon takes readers on an insightful journey through corridors of power walked by those with terrible secrets. Dark and twisted, A Time to Lie is a tense and timely novel’ Adam Hamdy

‘A pulse-pounding thrill-ride that hooked me from the chilling opening, A Time To Lie delivers on every, explosive level’ Chris Whitaker

‘Utterly gripping from the first chapter to the unexpected ending; full of the backstabbing and deception of political life. A thriller with more twists and turns than a mountain climb on the Tour de France’ Gavin Esler