Witness for the Prosecution
Agatha Christie, Read by Mathew Prichard 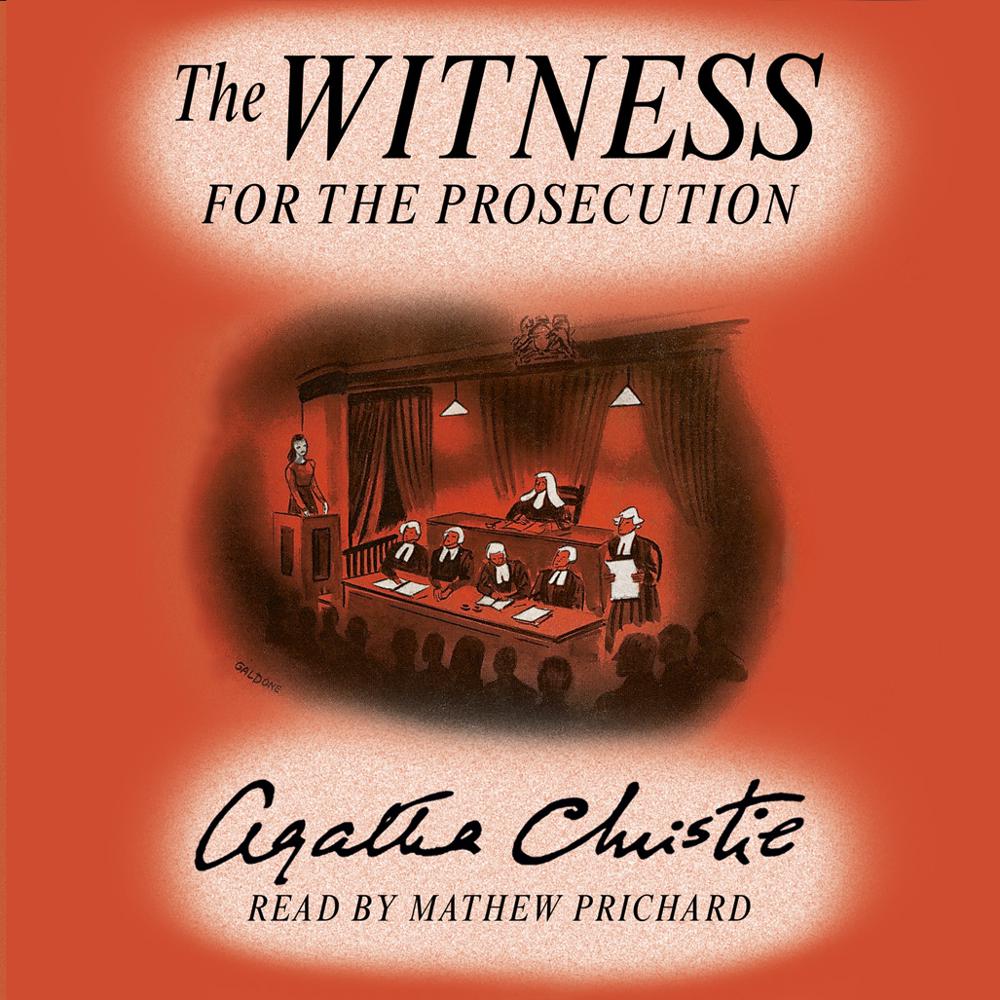 When wealthy spinster Emily French is found murdered, suspicion falls to Leonard Vole, the man to whom she hastily bequeathed her riches before she died. Leonard assures the investigators that his wife, Romaine Heilger, can provide them with an alibi. However, when questioned, Romaine informs the police that Vole returned home late that night covered in blood. During the trial, Ms French’s housekeeper, Janet gives damning evidence against Vole, but as Romaine’s cross-examination begins her motives come under scrutiny from the courtroom. One question remains, will justice out?

1920s London. A murder, brutal and bloodthirsty, has stained the plush carpets of a handsome London townhouse. The victim is the glamorous and enormously rich Emily French. All the evidence points to Leonard Vole, a young chancer to whom the heiress left her vast fortune and who ruthlessly took her life. At least, this is the story that Emily’s dedicated housekeeper Janet Mackenzie stands by in court. Leonard however, is adamant that his partner, the enigmatic chorus girl Romaine, can prove his innocence.