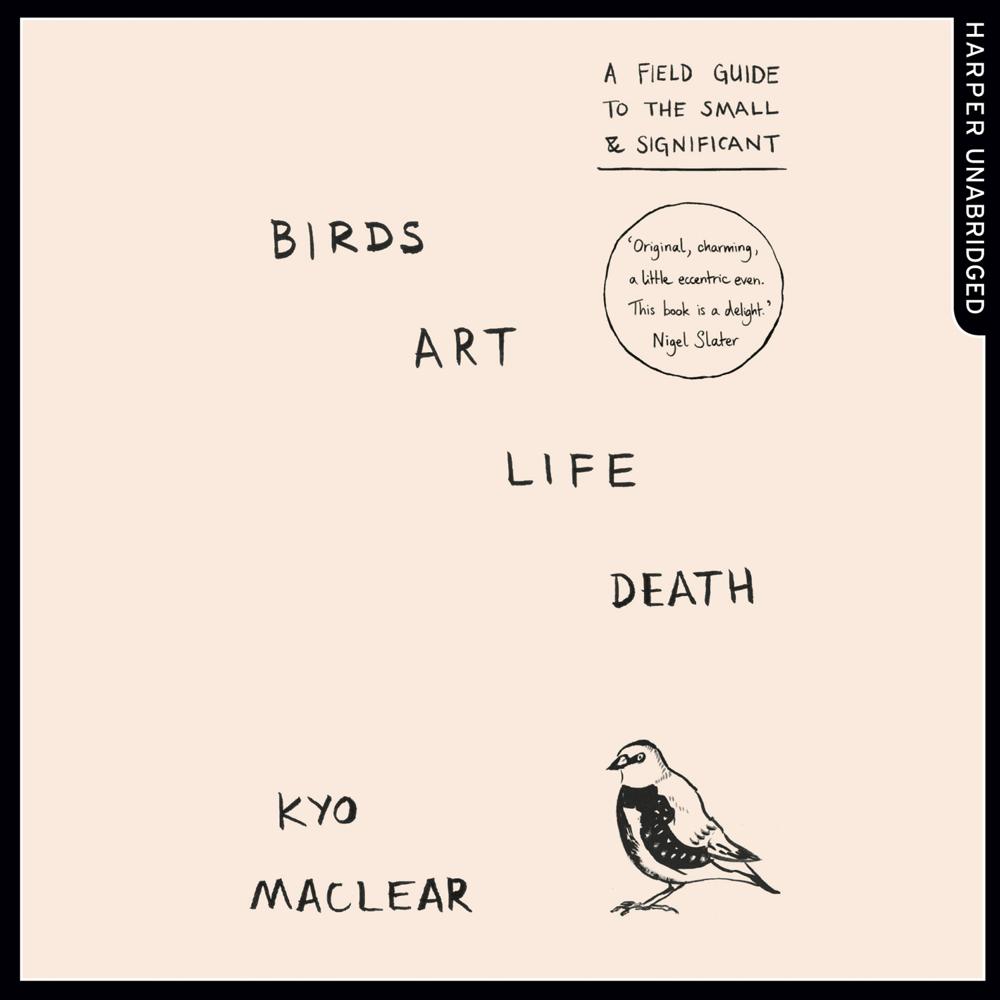 ‘Now when I hear birdsong, I feel an entry to that understory. When I am feeling too squeezed on the ground, exhausted by everything in my care, I look for a little sky. There are always birds flying back and forth, city birds flitting around our human edges, singing their songs.’

One winter, Kyo Maclear became unmoored. Her father had recently fallen ill and she suddenly found herself lost for words. As a writer, she could no longer bring herself to create; her work wasn’t providing the comfort and meaning that it had before.

But then Kyo met a musician who loved birds. The musician felt he could not always cope with the pressures and disappointments of being an artist in a big city. When he watched birds and began to photograph them, his worries dissipated. Intrigued, Kyo found herself following the musician for a year, accompanying him on his birdwatching expeditions; the sounds of birds in the city reminded them both to look outwards at the world.

Intricate and delicate as birdsong, Birds Art Life Death asks how our passions shape and nurture us, and how we might gain perspective, overcome our anxieties and begin to cherish the urban wild spaces where so many of us live.

‘Original, charming, a little eccentric even. This book is a delight’ Nigel Slater

‘A literary jewel box … [Maclear's] tiny gems of thought are borne of purposeful waiting, quietude and reflection … Maclear's book is appealing in its appreciation of non-human nature in the midst of city life, agnosticism about the place of human activity in the midst of nature's rhythms and exploration of the relationship between captivity and freedom’ Publishers Weekly

‘A meditation on freedom and confinement and the creative tension between the two. … The simple precision of Maclear’s prose belies the depth, as if the book were the tip of the iceberg and what she has elided or omitted constitutes the rest. Writers and others will find inspiration in the advice to stop and hear the birds’ Kirkus Reviews

‘Intricate and delicate as birdsong, Kyo Maclear’s clear-eyed observations of the natural world and our place in it challenge the velocity of modern life. A year spent birding is a year spent in passionate introspection. As she discovers beauty in urban cityscape, she leads us to turn fresh eyes to our surroundings. Her beloved birds become messengers of both loss and hope’ Julia Cameron, author of The Artist’s Way

‘A beautifully crafted memoir that elevates the ordinary with intelligence and humility’ Leslie Feist, musician

‘Maclear’s writing is fresh and focused. If you’ve ever felt any of the emotions she discusses – worry for one’s parents, feeling stuck, feeling insignificant, feeling lost – there will be a passage in this book that will resonate’ Emerald Street