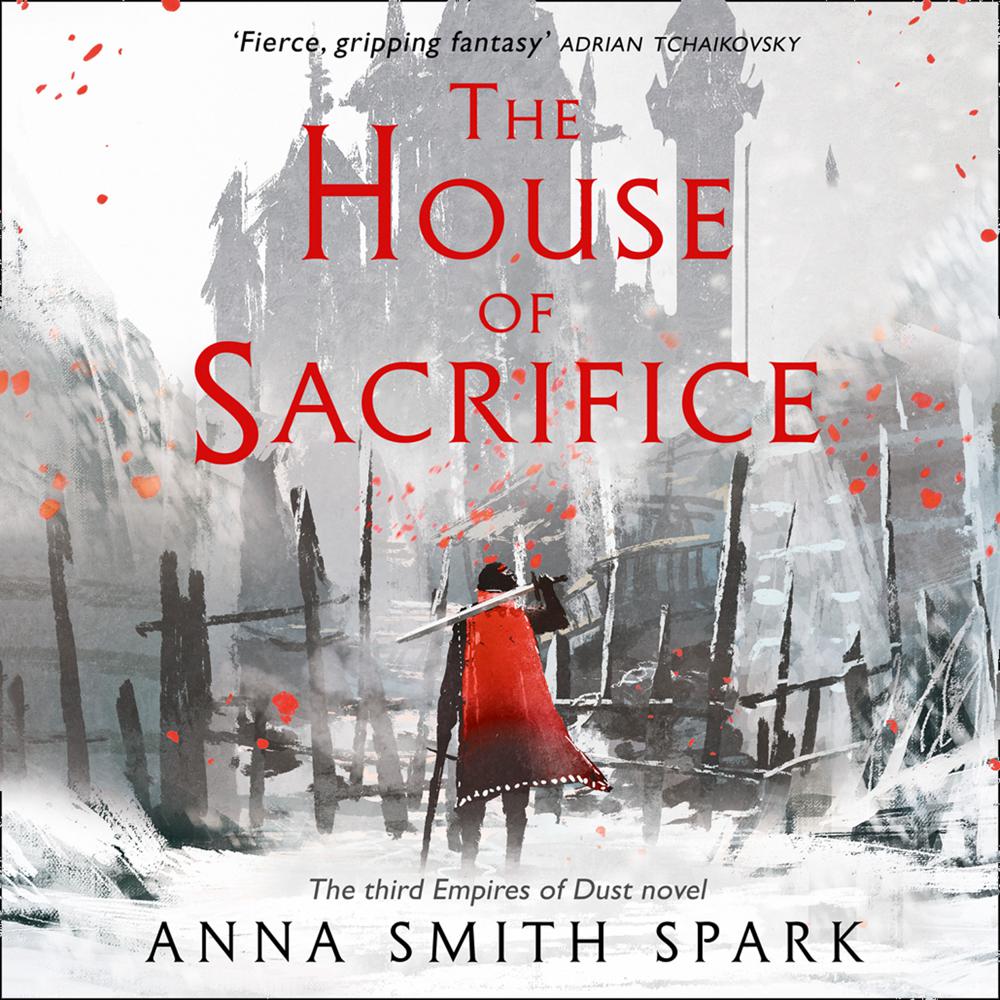 A powerhouse grimdark fantasy of bloodshed, ambition, and fate, The House of Sacrifice is the thunderous conclusion to Anna Smith Spark's Empires of Dust trilogy, which began with The Court of Broken Knives.

Hail Him. Behold Him.
Man-killer, life-stealer, death-bringer, life’s thief.
All are bound to Him,
His word is law.
The night coming, the sudden light that makes the eyes blind,
Golden one, shining, glorious.
Life’s judgement, life’s pleasure, hope’s grave.

Marith Altrersyr has won. He cut a path of blood and vengeance and needless violence around the world and now he rules. It is time for Marith to put down his sword, to send home his armies, to grow a beard and become fat. It is time to look to his own house, and to produce an heir. The King of Death must now learn to live.

But some things cannot be learnt.

The spoils of war turn to ash in the mouths of the Amrath Army and soon they are on the move again. But Marith, lord of lies, dragon-killer, father-killer, has begun to falter and his mind decays. How long can a warlord rotting from within continue to win?

As the Army marches on to Sorlost, Thalia’s thoughts turn to home and to the future: a life grows inside her and it is a precious thing – but it grows weak.

Why must the sins of the father curse the child?

A glorious, ambitious and bloodily brilliant conclusion that threads together a masterful tapestry of language and story, holding up a piercing reflection on epic fantasy – and those who love it.

‘Anna Smith Spark is a dynamic new voice in the field of grimly baroque fantasy, a knowing and witty provisioner of the Grand Guignol, a cheerful undertaker strolling across the graveyard and beckoning you to admire her newest additions.’
Scott Lynch

Reviews for The Court of Broken Knives:

'On a par with R. Scott Bakker.' -Grimdark Alliance