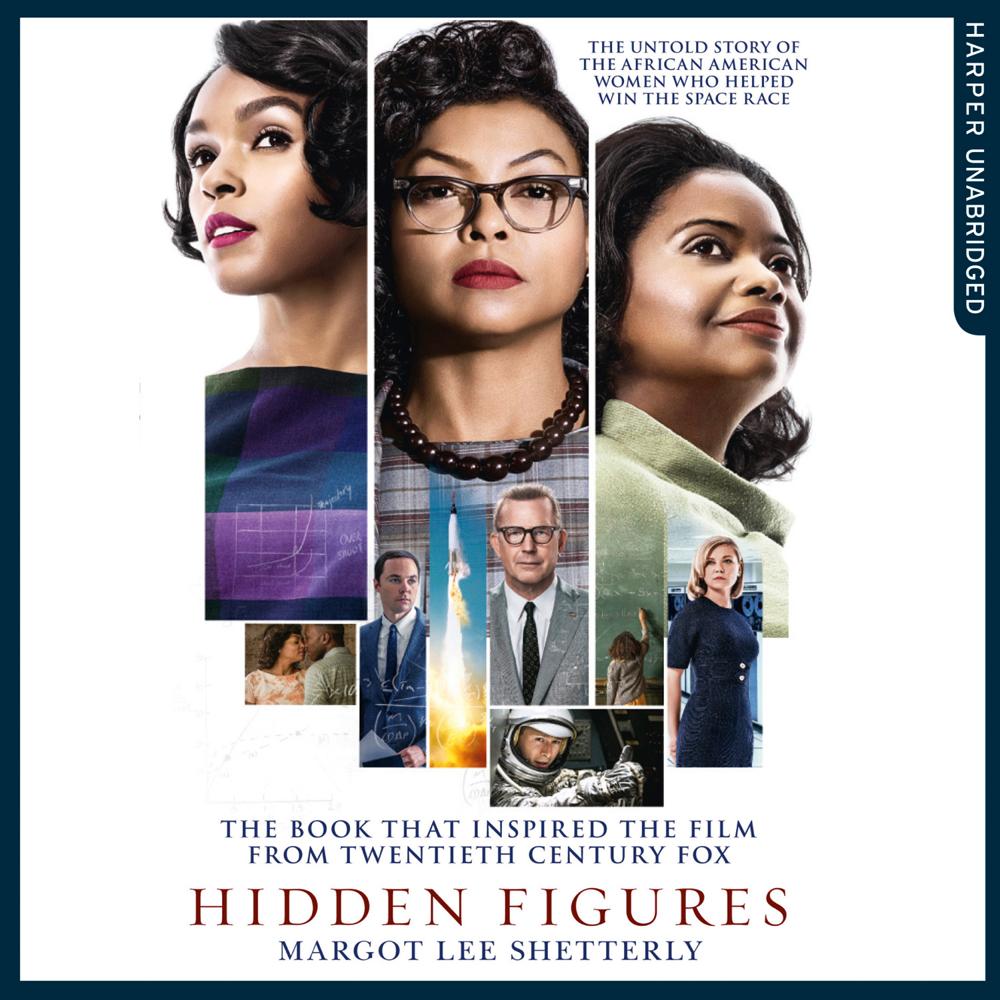 One of AudioFile Magazine’s Best Audiobooks of 2016.

Before Neil Armstrong walked on the moon, a group of professionals worked as ‘Human Computers’, calculating the flight paths that would enable these historic achievements. Among these were a coterie of bright, talented African-American women. Segregated from their white counterparts, these ‘colored computers’ used pencil and paper to write the equations that would launch rockets, and astronauts, into space.

Moving from World War II through NASA’s golden age, touching on the civil rights era, the Space Race, the Cold War, and the women’s rights movement, ‘Hidden Figures’ interweaves a rich history of mankind’s greatest adventure with the intimate stories of five courageous women whose work forever changed the world.

‘Much as Tom Wolfe did in ‘The Right Stuff’, Shetterly moves gracefully between the women’s lives and the broader sweep of history … Shetterly blends impressive research with an enormous amount of heart in telling these stories … Genuinely inspiring book’ Boston Globe

‘Shetterly’s highly recommended work offers up a crucial history that had previously and unforgivably been lost. We’d do well to put this book into the hands of young women who have long since been told that there’s no room for them at the scientific table’ Library Journal

‘This an is incredibly powerful and complex story, and Shetterly has it down cold. The breadth of her well-documented research is immense, and her narrative compels on every level. The timing of this revelatory book could not be better, and book clubs will adore it’ Booklist

‘Meticulous … the depth and detail that are the book’s strength make it an effective, fact-based rudder with which would-be scientists and their allies can stabilise their flights of fancy’ Seattle Times