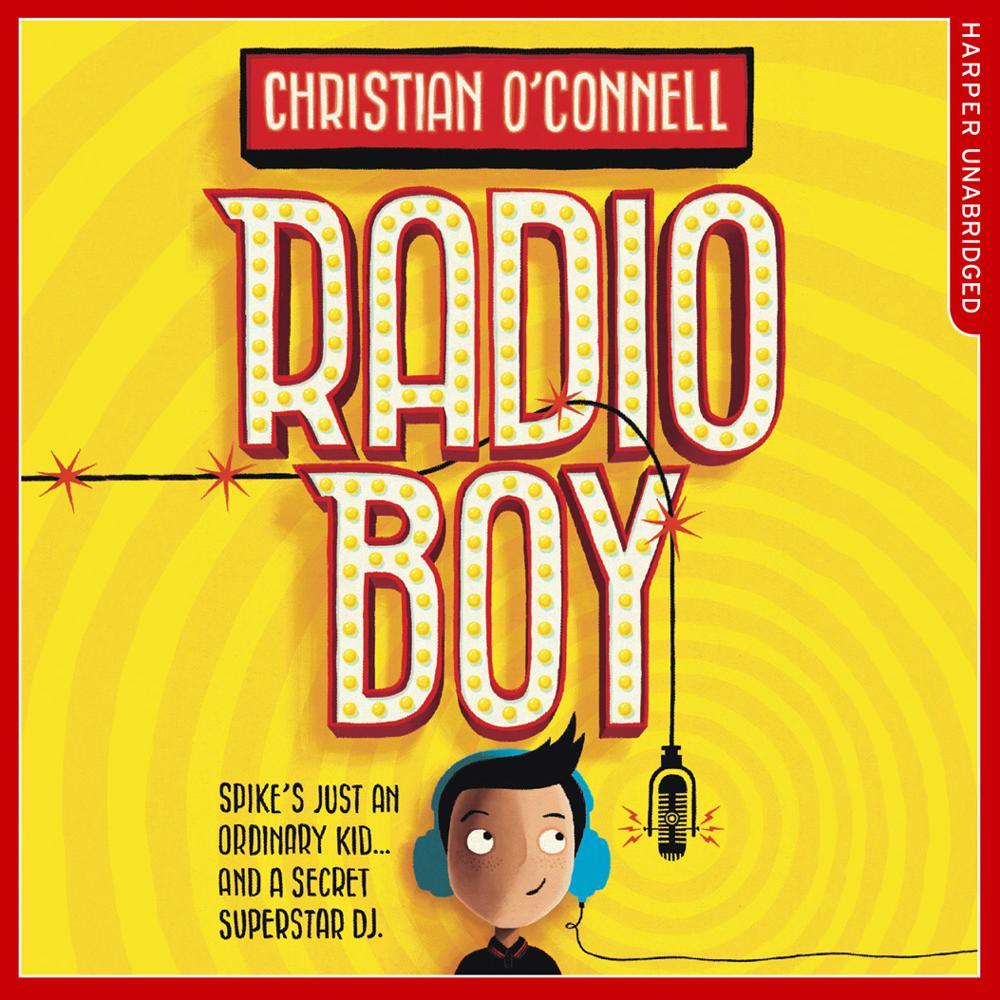 From leading breakfast radio star Christian O’Connell comes a brilliant and laugh-out-loud story of an ordinary boy with an extraordinary secret radio show. (Broadcast from his shed.)

Meet Spike, aka Radio Boy: a new Adrian Mole on the radio for the internet generation.

Spike’s your average awkward 11 year old, funny and cheeky and with a mum to reckon with. When he becomes the first presenter ever to be sacked from hospital radio, he decides to carry on from a makeshift studio in the garden shed, with the help of his best friends Artie and Holly, disguising his voice and going by the moniker Radio Boy.

Week by week, word gets around and soon Spike is a star… if only people knew it was actually him. When Spike begins to believe his own hype, and goes too far with his mocking of the school headmaster, a hunt is launched for the mysterious Radio Boy.

Can Spike remain anonymous? Will he get to marry the girl of his dreams, Katherine Hamilton? Will he become famous and popular? The answer to most of these questions is no…