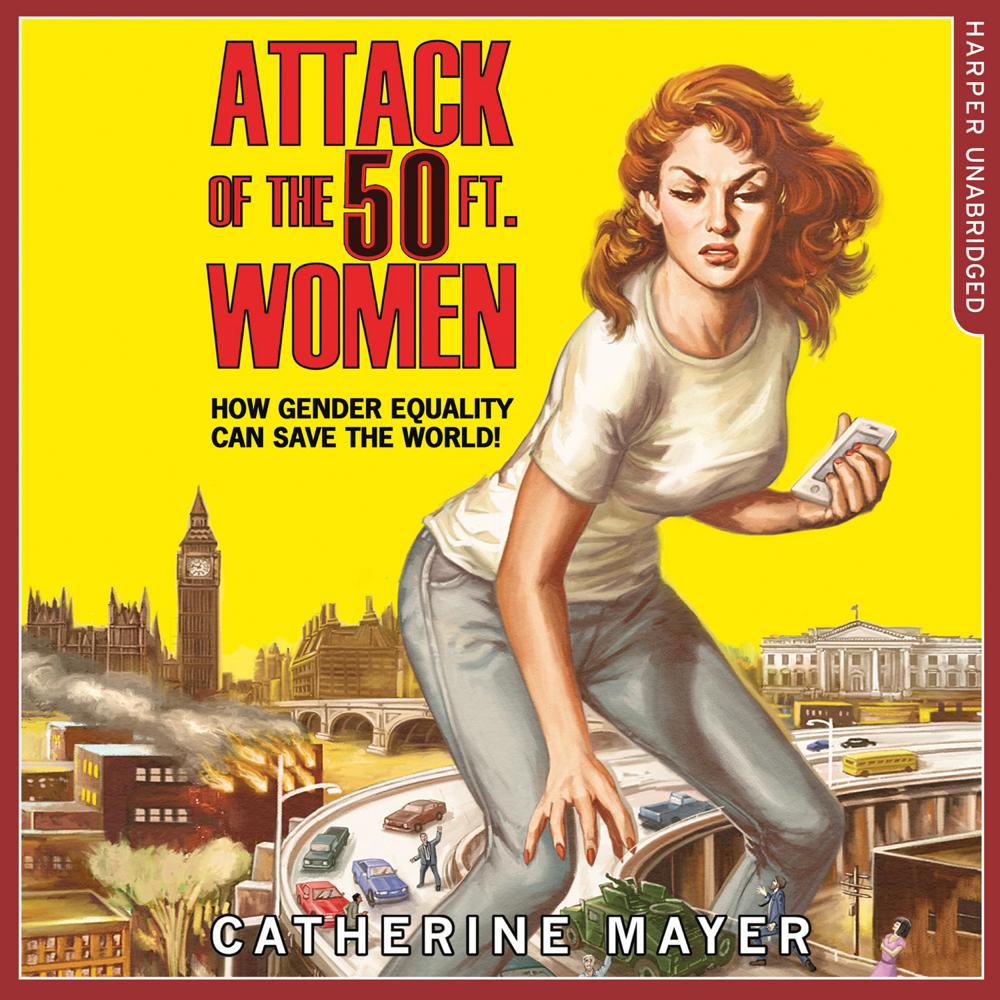 Not a single country anywhere in the world has achieved gender equality. In more than a few countries, progress for women has stalled or is reversing. Voters in the United States chose a misogynist over a female candidate for President.

Yet in many of these countries, the majority of politicians and business leaders profess to believe in gender equality—as well they might. One report predicts a boost to global GDP of £8.3 trillion by 2025 simply by making faster progress towards narrowing the gender gap. Researchers point to many other potential benefits too, not least in improved relations between the sexes and a healthier, more peaceful planet.

If gender equality promises benefits not just to women, but to everyone, why aren’t we embracing it? And how can we speed the pace of change? Fewer than nine percent of world leaders are female, but the few women who have broken through include towering figures such as Angela Merkel. Could 50-foot women save the day? These questions have gripped journalist and author Catherine Mayer since she accidentally founded the Women’s Equality Party in March 2015 and watched it grow in months from an idea to a vibrant political force with more than 70 branches across the UK.

In ATTACK OF THE FIFTY FOOT WOMEN, her insightful, revelatory, often hilarious, and hugely inspiring book, she tackles those questions and many more, sharing inside views and experiences from building a party, and bringing together global research with analyses and interviews based on her own far-flung research.

And she goes further. Campaigning for the Women’s Equality Party ahead of elections in May 2016, she noticed that many people found it hard, in the absence of any real-life examples, to envisage a gender-equal world. So she takes us there, to the place she calls Equalia. What is it like? Does gender equality make for a society that is more equal in other ways too? Who does the low-paid jobs? How does gender express itself in a place freed from gender programming? What’s the sex like? What’s on the telly?

For some fascinating answers and brilliant thought experiments—and a blueprint for reaching Equalia—read ATTACK OF THE FIFTY FOOT WOMEN.

“Comprehensive, wide-ranging and journalistically rigorous. Attack of the 50Ft Women is an important and timely book. Buy it for yourself, your husband or partner. Most importantly, buy it for your children” Sunday Express

“An inspiring, revelatory and often hilarious journey to explore the merits of a gender-equal society” Glamour

“Empowering and full of hope, Attack of the 50ft Women made me feel 50ft tall. Glass ceilings beware.” Sarah Shaffi, editor at The Bookseller and writer for Stylist

“[Catherine Mayer] occupies a well-informed, fully-engaged middle ground [and] quickly gets to the main issue– endemic exploitation, “discrimination, harassment and sexual violence” perpetrated by men and boys against (overwhelmingly)
women and girls […] provid[ing] concise, painful examples of perpetrators’ seeming impunity even when charged for their crimes. [Attack of the Fifty Foot Women] is a weapons store for the battles ahead.” Times Literary Supplement

‘A tour de force of feminist polemic, forensic research drawing on data from across the globe and some fabulously funny anecdotes’ Wales Online