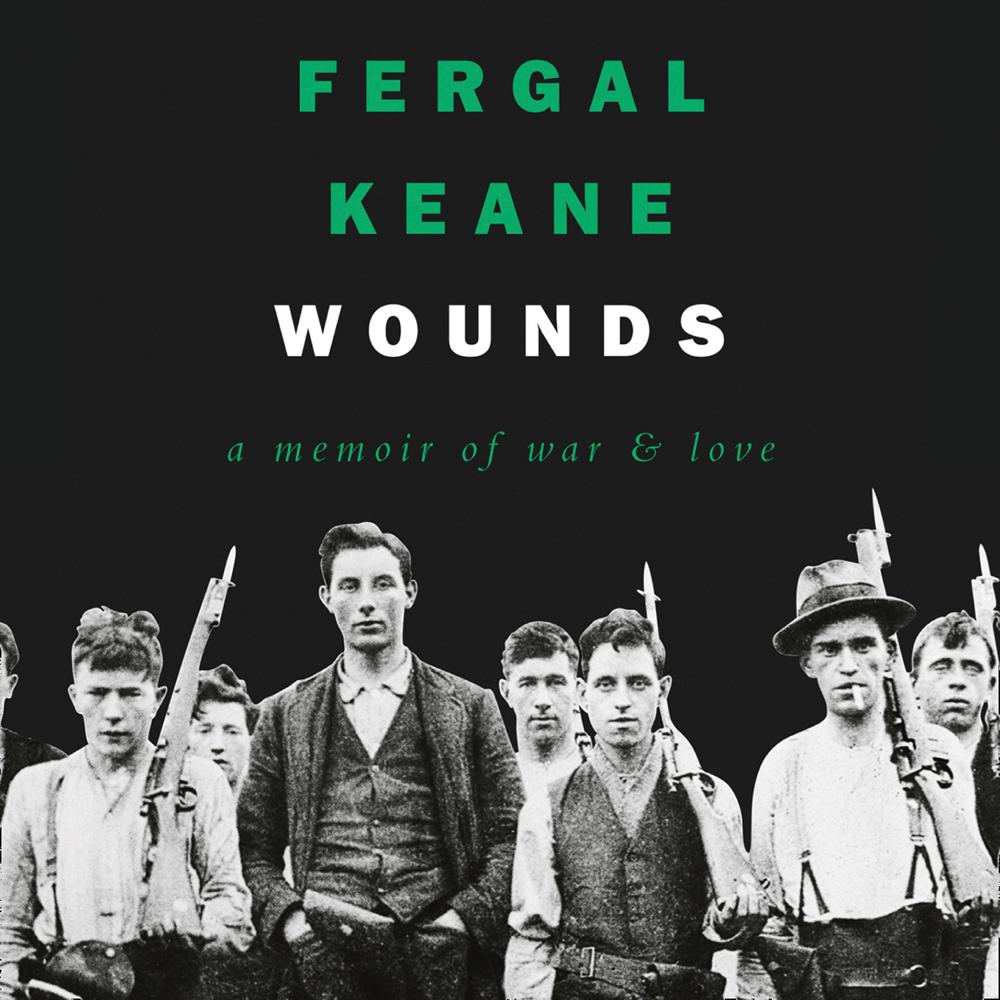 A family story of blood and memory and the haunting power of the past.

After nearly three decades reporting conflict from all over the world for the BBC, Fergal Keane has gone home to Ireland to tell a story that lies at the root of his fascination with war. It is a family story of war and love, and how the ghosts of the past return to shape the present.

Wounds is a powerful memoir about Irish people who found themselves caught up in the revolution that followed the 1916 Rising, and in the pitiless violence of civil war in north Kerry after the British left in 1922.

It is the story of Keane’s grandmother Hannah Purtill, her brother Mick and his friend Con Brosnan, and how they and their neighbours took up guns to fight the British Empire and create an independent Ireland. And it is the story of another Irishman, Tobias O’Sullivan, who fought against them as a policeman because he believed it was his duty to uphold the law of his country.

Many thousands of people took part in the War of Independence and the Civil War that followed. Whatever side they chose, all were changed in some way by the costs of violence. Keane uses the experiences of his ancestral homeland in north Kerry to examine why people will kill for a cause and how the act of killing reverberates through the generations.

‘Few books this year have been as moving Keane’s account of his family’s experience during the conflicts that tore Ireland apart… Keane writes with an impeccable eye for details and a profound sensitivity to human suffering’ Books of the Year, Sunday Times, Dominic Sandrook

‘While Keane is acutely aware of the allure and the danger of myth, he also has an objective reporter’s eye for the human tragedies of those caught up in the heightening viciousness … Ireland has not always borne in mind all its dead. To its great credit, this deeply absorbing book does’ The Times

‘Couldn’t put down the brilliant, moving, eye-opening book Wounds by Fergal Keane. You don’t need interest in Irish history to be swept away by characters who leap off page, facing impossible choices in the struggle for dignity and independence’ Samantha Power, author of A Problem from Hell

‘A fine and troubling book … Keane is a gifted writer whose scarifying experiences in war zones have not coarsened his humanity. Nor does his emotional reaction to terrible cruelty lessen his determination to tell the truth. He admits here to just one bias: “a loathing of war and of all who celebrate the killing of their fellow men and women”. He has unsparingly used his family history to show how many of us, in certain circumstances, might be killers and worse. Even in our own backyards’ Sunday Times