War of the Cards
Colleen Oakes, Read by Moira Quirk 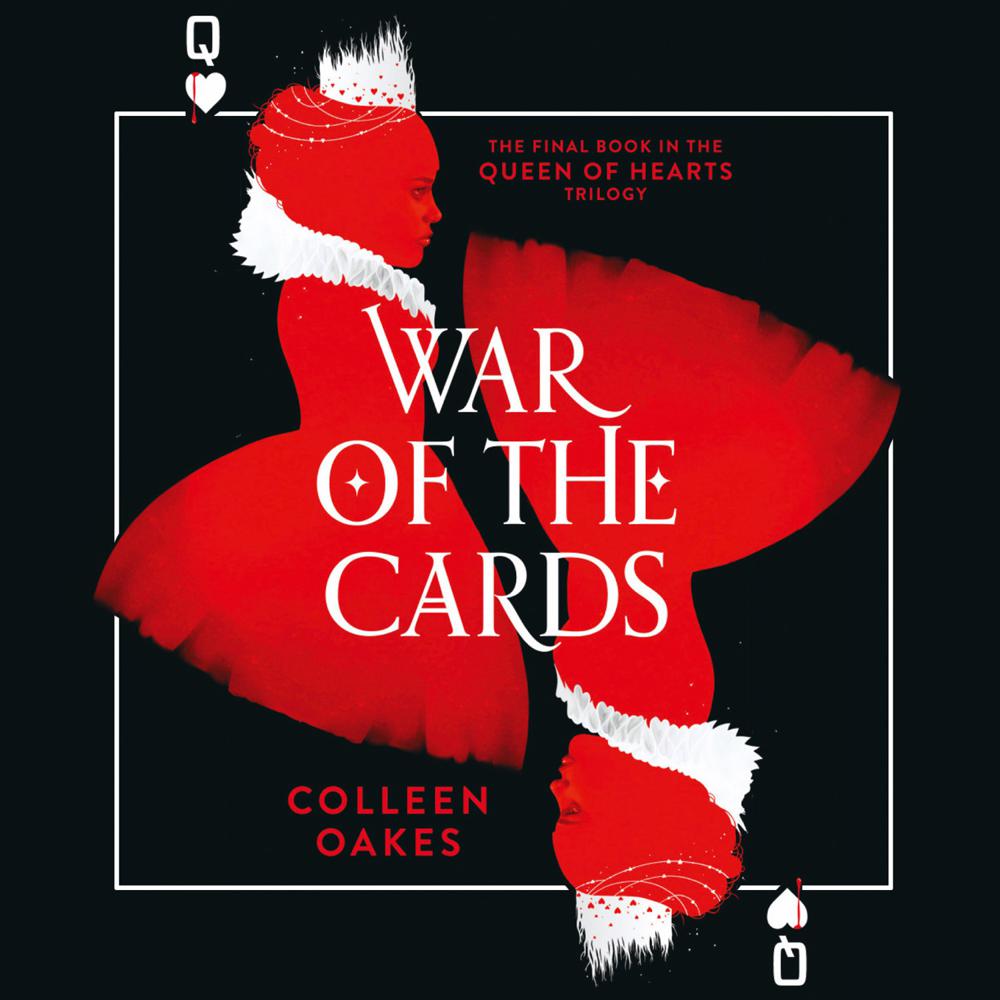 This is not a story of happily ever after – it’s the heart-stopping conclusion in the twisted YA origin story of the infamous villain, the Queen of Hearts.

Dinah has lost everyone she ever loved. Her brother was brutally murdered. The man she believed was her father betrayed her. Her loyal subjects have been devastated by war. And the boy she gave her heart to broke it completely.

Now a dark queen has risen out of the ashes of her former life. Fury is blooming inside Dinah, poisoning her soul and twisting her mind. All she has left is Wonderland and her crown, and her obsession to fight for both. But the war rages on, and Dinah could inherit a bloodstained throne.

Can a leader filled with love and rage ever be the ruler her kingdom needs? Or will her all-consuming wrath bring Wonderland to its knees?

Praise for THE QUEEN OF HEARTS:

‘Oakes continues to weave literary magic as she pulls you down the rabbit hole into a Wonderland like you’ve never read before.’ NEW YORK TIMES bestselling author Chanda Hahn