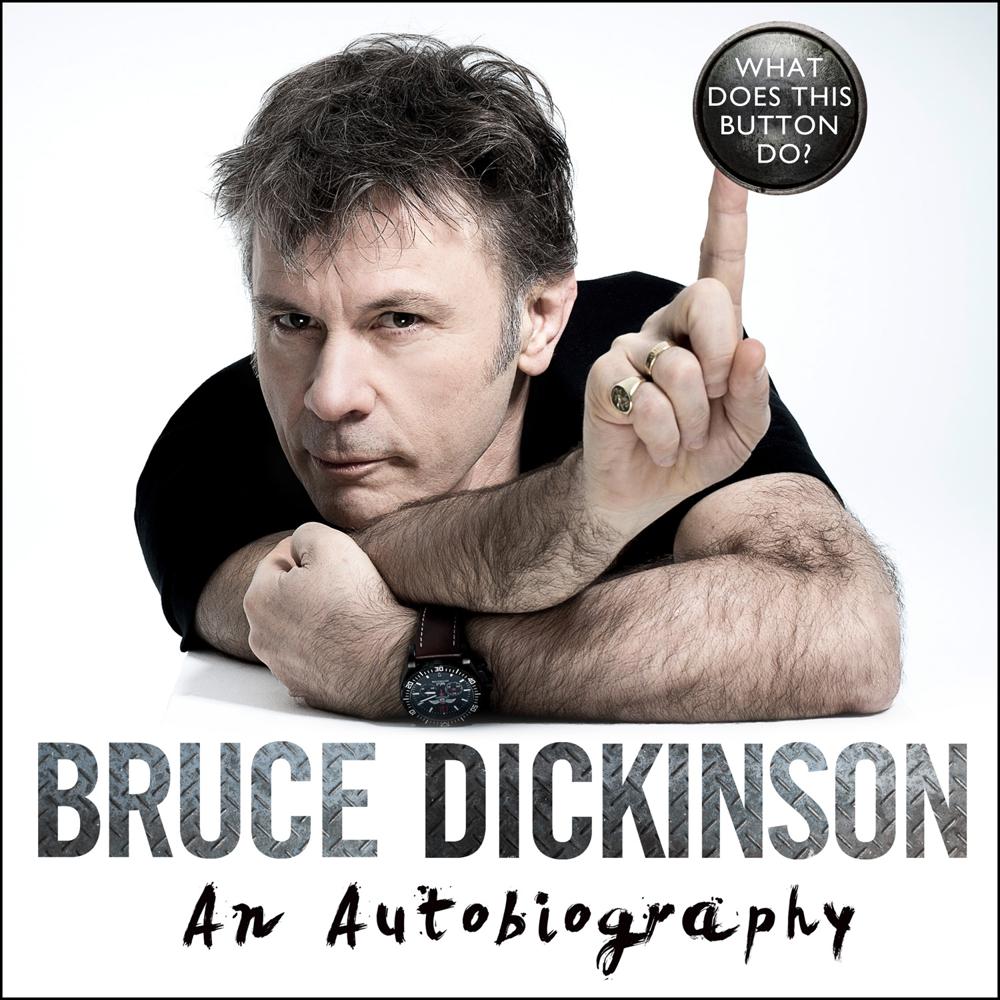 ‘I was spotty, wore an anorak, had biro-engraved flared blue jeans with “purple” and “Sabbath” written on the thighs, and rode an ear-splittingly uncool moped. Oh yes, and I wanted to be a drummer…’

Bruce Dickinson – Iron Maiden’s legendary front man – is one of the world’s most iconic singers and songwriters. But there are many strings to Bruce’s bow, of which larger-than-life lead vocalist is just one. He is also an airline captain, aviation entrepreneur, motivational speaker, beer brewer, novelist, radio presenter, film scriptwriter and an international fencer: truly one of the most unique and interesting men in the world.

In What Does this Button Do? Bruce contemplates the rollercoaster of life. He recounts – in his uniquely anarchic voice – the explosive exploits of his eccentric British childhood, the meteoric rise of Maiden, summoning the powers of darkness, the philosophy of fencing, brutishly beautiful Boeings and firmly dismissing cancer like an uninvited guest.

Bold, honest, intelligent and funny, this long-awaited memoir captures the life, heart and mind of a true rock icon, and is guaranteed to inspire curious souls and hard-core fans alike.

‘A chatty and anecdote-filled autobiography… There is much fun to be had, such as trying to put a certain part of his anatomy in the ear of the singer in rival band Quiet Riot (clue:not his finger) Sunday Times Books of the Year

‘What Does This Button Do? is a genuinely fascinating and funny look back at Dickinson’s life. From his early days growing up in the Nottinghamshire mining town of Worksop (where he was raised by his grandparents until the age of six) to his roller-coaster 40-year music career, it paints a candid picture of a life well lived.’ Classic Rock Magazine

‘If you only read one book this year, it absolutely must be Bruce Dickinson’s new autobiography, What Does This Button Do? … The book is every bit as entertaining and bursting with energy as you might expect.’ Metal Hammer

‘Whether you are a Maiden fanatic, an aviation enthusiast, a fencing aficionado or none or even all of the above, you will most definitely get something from this extremely well written and entertaining book, such is the calibre of the man, his philosophies and the level of his accomplishments.’ Metaltalk