Girl with the Lower Back Tattoo
Amy Schumer, Read by Amy Schumer 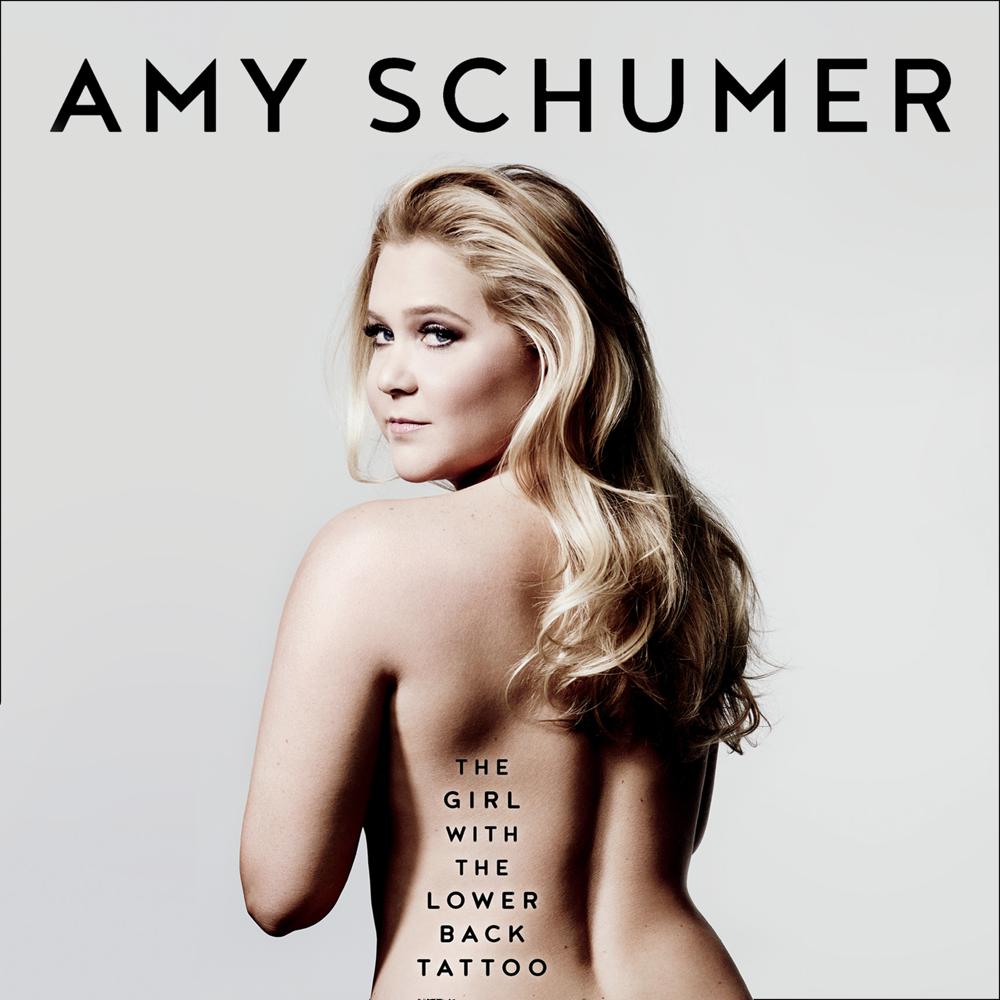 One of AudioFile Magazine’s Best Audiobooks of 2016.

In The Girl with the Lower Back Tattoo, Amy shares stories about her family, her relationships, her career, good – and bad – sex, recounting the experiences that have shaped who she is today: from the riches to rags story of her childhood to her teenage quest for popularity (and boys) to becoming one of the most sought-after comedians on the planet and an outspoken advocate for women’s rights.

Whether she’s experiencing lust at first sight in the queue at the airport, discovering her boot camp instructor’s secret bad habit, or candidly discussing her father’s multiple sclerosis, Amy Schumer proves to be a fearless, original, and always entertaining storyteller. Her book will move you, make you laugh, catch you completely off guard, and answer this burning question: is it okay for a 35 year-old woman to still sleep with her childhood teddy bears?

‘This is the most I‘ve ever laughed out loud at a book.’ – J.K. Rowling

‘Amy Schumer’s deadpan honesty shines through in these hilarious, moving vignettes about life, love and her early years.’ – The Observer

‘Schumer doesn’t hold back – and though she insists “this book has NO SELF-HELP OR ADVICE FOR YOU”, it has something even better: hard won wisdom’ – Radio Times

‘This book is what a selection of personal essays and letters should be, witty, sometimes casual, sometimes achingly sad but always entertaining.’ – Funny Women

‘Women (actually, men too) of the world, you need to read this book.’ – InStyle

‘She’s a concert pianist of comedy: keeping a steady rhythm of jokes with her left hand, adding deeply political, immensely feminist flourishes with her right.’ – The Pool

‘This book is soulful, hilarious and deeply necessary.’ – Lena Dunham

‘Schumer has written a probing, confessional, unguarded, and, yes, majorly humanizing non-memoir, a book that trades less on sarcasm, and more on emotional resonance.’ – Vogue

‘Schumer is a talented storyteller. She’s known for standing in a spotlight and sharing every corner of her soul with thousands of strangers. So it’s no surprise that her book is packed with hilarious, honest and often vulnerably raw details of her life… Readers will laugh and cry, and may put the book down from moments of honesty that result in uncomfortable realistic details from her life.’ – Washington Post

‘Schumer weaves a brave, vulnerable tale without falling into the usual celebrity traps of neediness and defense… It's spit-out-your-Starbucks-in-public funny. – Chicago Tribune

‘Empowered, honest, and just as raunchy as you'd expect from the no-holds-barred comedian.’ – Esquire