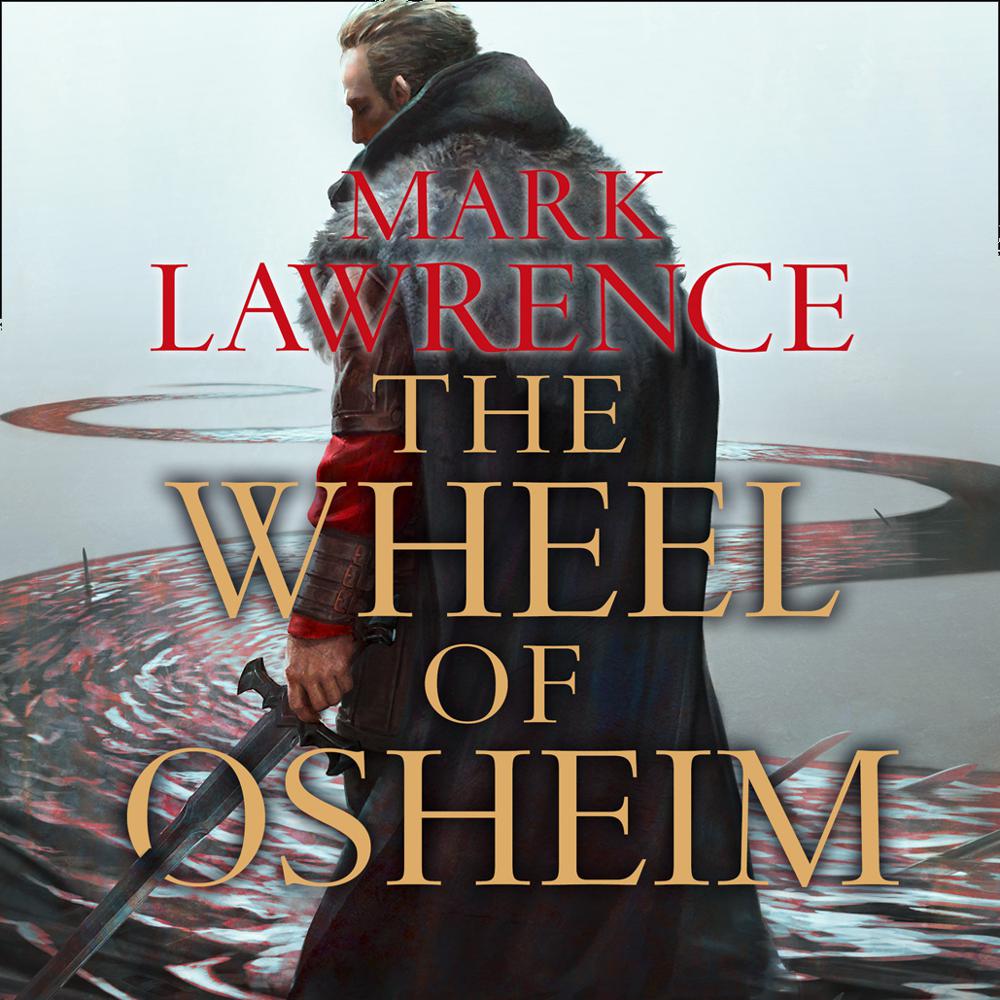 From the critically-acclaimed author of PRINCE OF FOOLS comes the third volume of the brilliant new epic fantasy series, THE RED QUEEN’S WAR.

All the horrors of Hell stand between Snorri Ver Snagason and the rescue of his family, if indeed the dead can be rescued.

For Jalan Kendeth getting back out alive and with Loki’s Key is all that matters. Loki’s creation can open any lock, any door, and it may also be the key to Jal’s fortune back in the living world.

Jal plans to return to the three Ws that have been the core of his idle and debauched life: wine, women, and wagering. Fate however has other, larger, plans…

The Wheel of Osheim is turning ever faster and it will crack the world unless it’s stopped. When the end of all things looms, and there’s nowhere to run, even the worst coward must find new answers.

Jal and Snorri face many dangers – from the corpse-hordes of the Dead King to the many mirrors of the Lady Blue; but in the end, fast or slow, the Wheel of Osheim will exert its power.

In the end it’s win or die.

‘There are special rewards in store here for readers of the Broken Empire series. Highly recommended’ ROBIN HOBB

‘Mark Lawrence is the best thing to happen to fantasy in recent years’ PETER V. BRETT

‘Marks an unbroken and steady ascent to the top of my favourite-fantasy pile. Lawrence gets better with each book he writes’ MYKE COLE

‘Lawrence improves with every book he writes and if he keeps on like this, we may have to turn the ratings system up to eleven. Magnificent, and highly recommended’ Starburst Magazine

‘The dialogue is a humorous, frightening lullaby that flawlessly depicts this dark, disturbing universe and its meticulously constructed characters, both friends and fiends’ RT Book Reviews