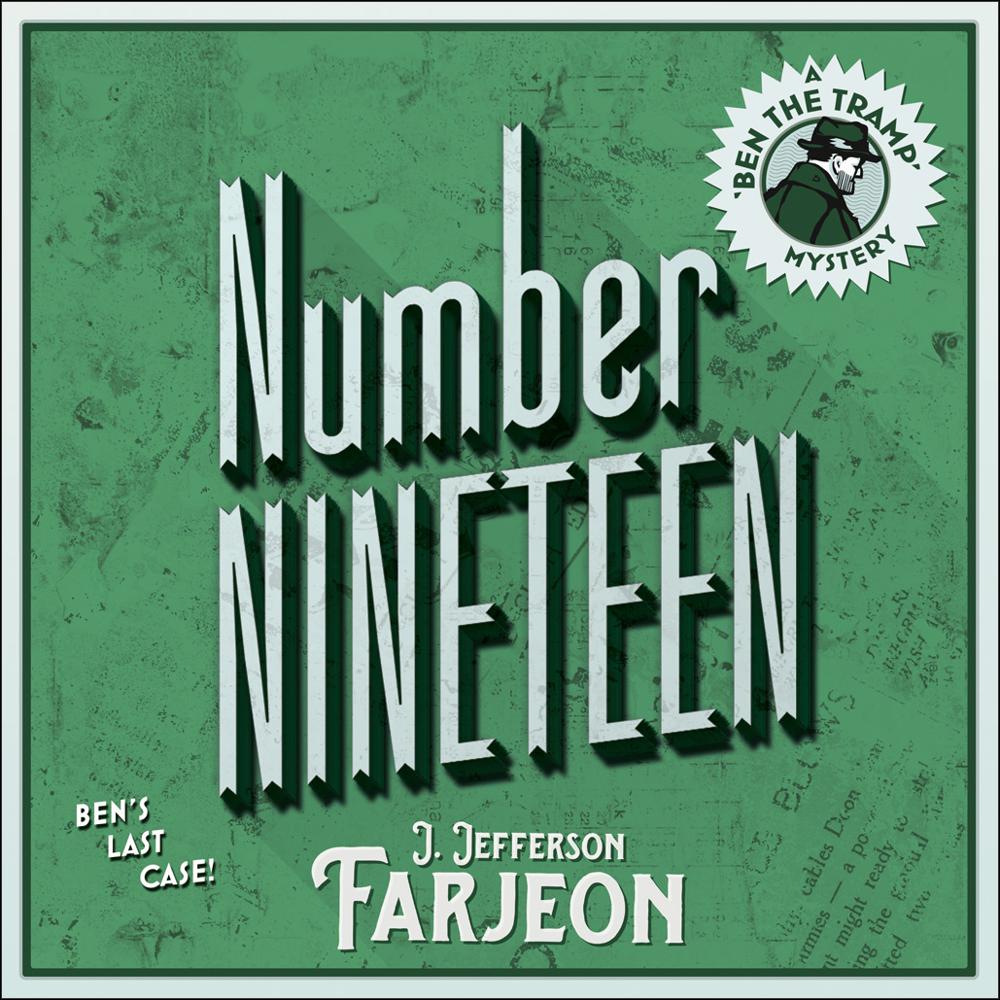 Ben the tramp’s uncanny knack of running into trouble is unsurpassed in the final crime thriller written for him by J. Jefferson Farjeon.

On a grey afternoon he was destined never to forget, Ben sat down on a park seat and proceeded to think, not of cabbages and kings, but of numbers, lucky and unlucky. But it wasn’t Ben’s lucky day, or that of the nondescript-looking stranger sitting at the other end of the bench – murdered before his very eyes! That was the prelude to the most uncomfortable and eventful twenty-four hours Ben had ever spent in an uncomfortable and eventful life.

J. Jefferson Farjeon’s famous Cockney character Ben, who first appeared in No.17 and six other novels, was never so richly humorous or so absurdly heroic as in this, his last hair-raising adventure taking place at No.19, Billiter Road.

‘Mr Farjeon discovered some time ago a good recipe for an entertaining story by mixing humour with thrills.’ DAILY TELEGRAPH