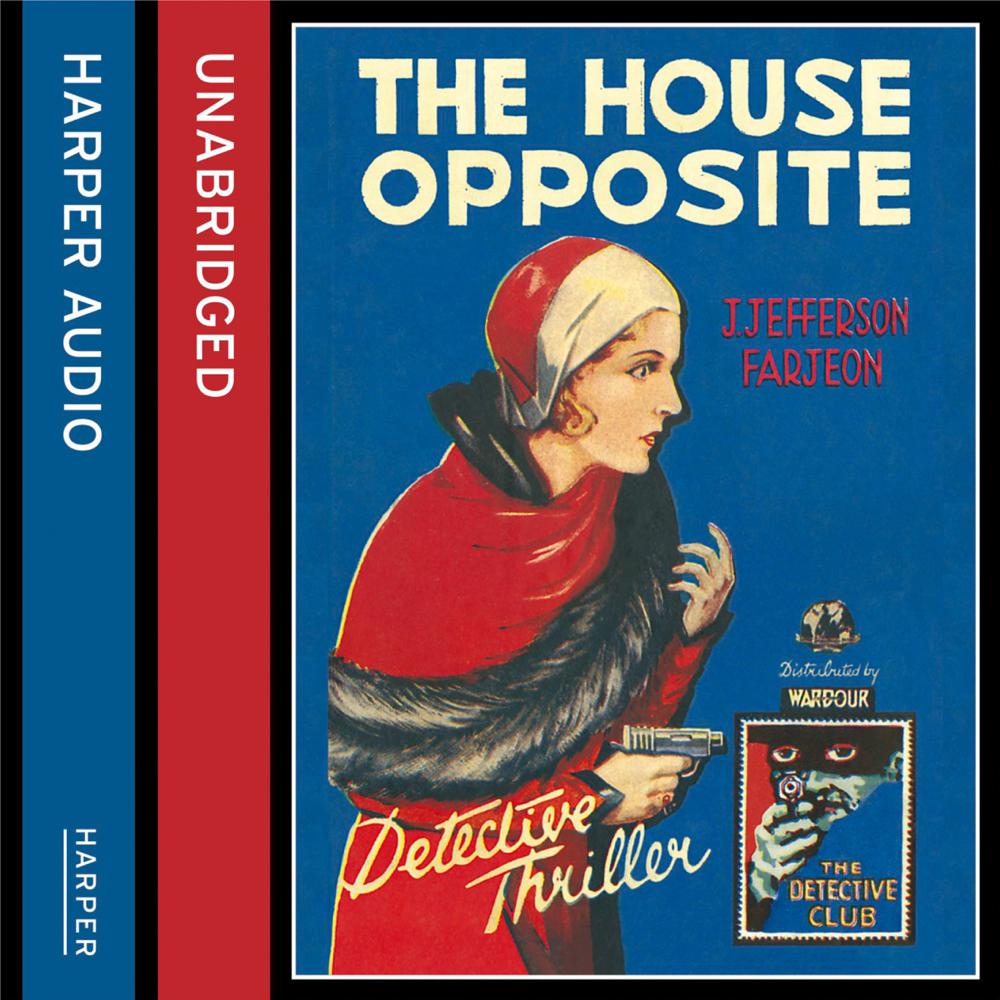 From the Collins Crime Club archive, the first original novel to feature Ben the Cockney tramp, the unorthodox detective character created by J. Jefferson Farjeon, author of Mystery in White.

Strange things are happening in the untenanted houses of Jowle Street. There are unaccountable creakings and weird knockings on the door of No.29, where a homeless ex-sailor has taken up residence. But even stranger things are happening in the House Opposite, from where a beautiful woman in an evening gown brings Ben a mysterious message; and worse—the offer of a job!

Ben the ‘passing tramp’ was immortalised on film by Alfred Hitchcock in the film Number 17, based on a popular ’twenties stage play and novelisation by journalist-turned-author Joe Jefferson Farjeon. The House Opposite (1931) was the first full-length original novel to feature Ben, a reluctant down-at-heels Cockney sleuth, who went on to feature in six more successful detective thrillers from 1931 to 1952.

‘There may be contemporary story writers who are equals of Mr Farjeon in the ability to put the reader swiftly and wholly under the spell of the eerie and uncanny – but they have not come within our reading.’ New York World