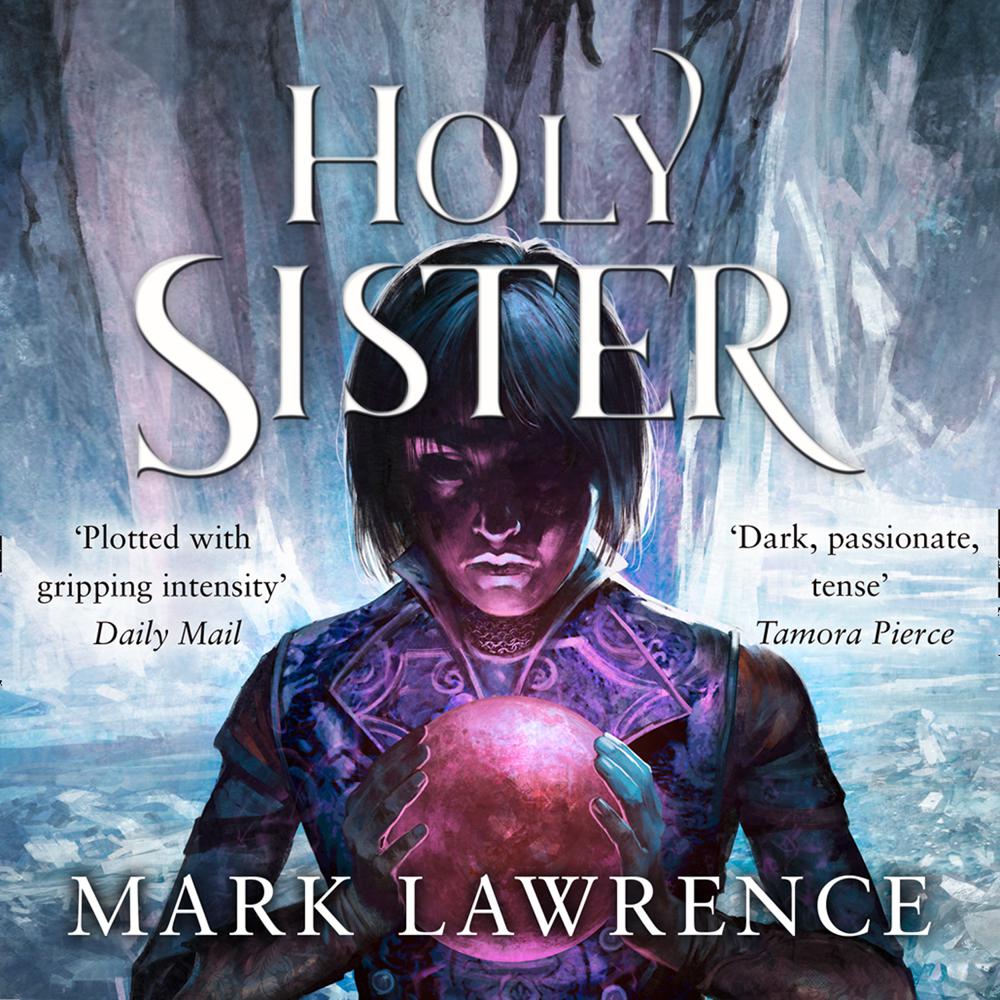 Nona Grey’s story reaches its shattering conclusion in the third instalment of Book of the Ancestor.

THEY CAME AGAINST HER AS A CHILD. NOW THEY FACE THE WOMAN.

The ice is advancing, the Corridor narrowing, and the empire is under siege from the Scithrowl in the east and the Durns in the west. Everywhere, the emperor’s armies are in retreat.

Nona faces the final challenges that must be overcome if she is to become a full sister in the order of her choice. But it seems unlikely that Nona and her friends will have time to earn a nun’s habit before war is on their doorstep.

Even a warrior like Nona cannot hope to turn the tide of war.
The shiphearts offer strength that she might use to protect those she loves, but it’s a power that corrupts. A final battle is coming in which she will be torn between friends, unable to save them all. A battle in which her own demons will try to unmake her.

A battle in which hearts will be broken, lovers lost, thrones burned.

HOLY SISTER completes the Book of the Ancestor trilogy that began with RED SISTER and GREY SISTER. A ground-breaking series, it has established Mark Lawrence as one of the most exciting new voices in modern speculative fiction.

‘Dark, passionate, tense, with a female hero anyone could relate to–I was utterly fascinated! This is no pretty, flowery tale, but one of vastly different people struggling to survive when a hostile government comes to power’
#1 New York Times bestselling author Tamora Pierce

‘This is a book very distinct from everything that came before; what it has in common though is a narrative that pulls no punches, and characters that are beautifully, brokenly, repellently, cleverly human’
Sci-Fi and Fantasy Reviews

‘I had never thought it was possible to find a greater character than the Emperor Jorg Ancrath. I had never even slightly considered that there might be a fantasy world out there toppling that of Τhe Final Empire, and most definitely, I had never thought that I could love a book more than The Night Angel. But here we are’
BookNest

‘Any other author is going to have to smack the ball way, way out of the park to top this read’
Parmenion Books