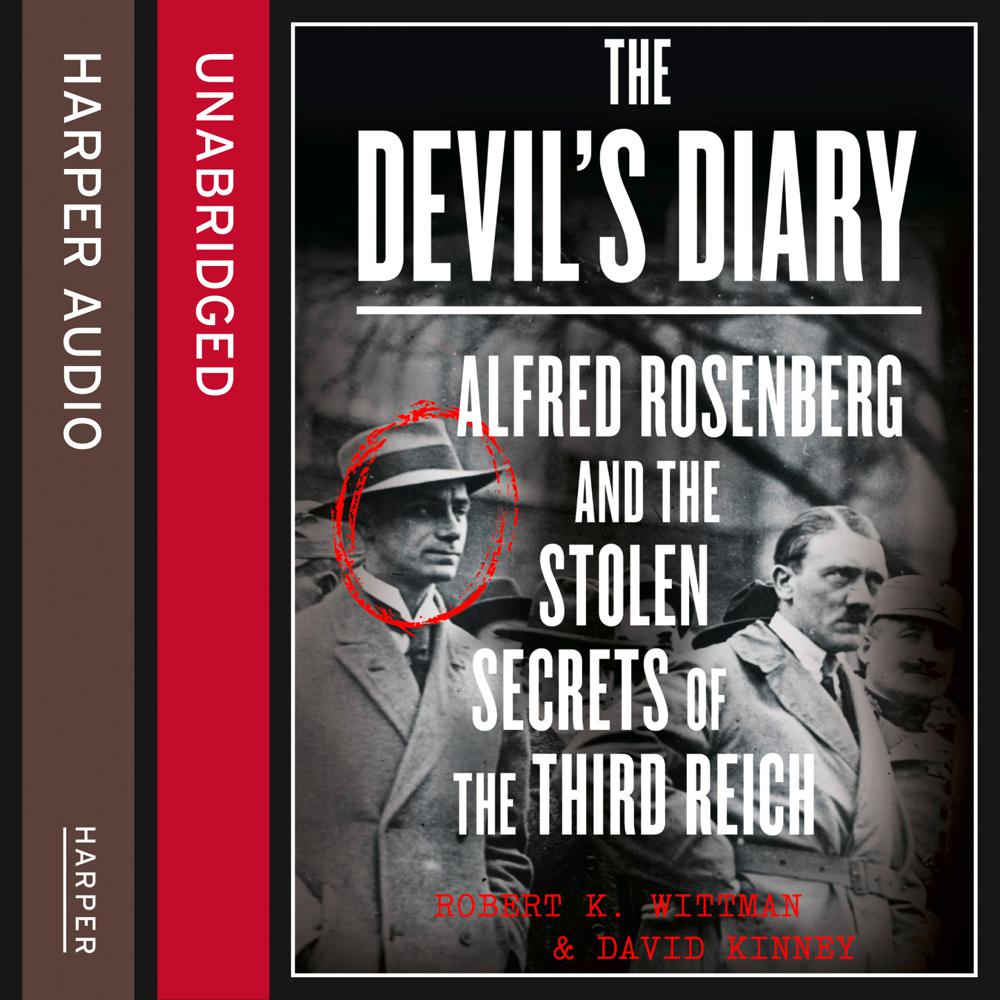 An unprecedented, page-turning narrative of the Nazi rise to power, the Holocaust, and Hitler’s post-invasion plans for Russia told through the recently discovered lost diary of Alfred Rosenberg – Hitler’s ‘philosopher’ and architect of Nazi ideology.

Only recently discovered by former FBI agent Robert Wittman, the diary of Nazi philosopher Alfred Rosenberg, who led the Nazi party when Hitler was interned in 1923, is a ground-breaking document and an object of rumour, obsession and evil. Filled with observations, conversations and Nazi plans, it gives new details of Hitler’s rise to power and personal governance of the Reich. Not simply the Nazi ideological progenitor, Rosenberg was a core member of Hitler’s inner circle: his ideas for the Third Reich and the destruction it wrought laid the foundations for a brainwashed nation and gave its people the justification for the slaughter of millions; he helped plan the Nazi invasion and subsequent occupation of the Soviet Union and was named Reich Minister for the Eastern Territories.

With the first access to the diary's contents, ‘The Devil’s Diary’ is the thrilling story of Rosenberg; Robert Kempner, the German-born Jewish Nuremberg lawyer who prosecuted Göring and Frick and stole the diary; Henry Mayer, the archivist who has doggedly been searching for it for decades; and Bob Wittman, the former FBI agent who finally found it and returned it to its rightful place.

‘This engaging book deftly combines the various strands of the story … Lively and well written … Part detective story, part history book it restores Rosenberg to his rightful place … A fascinating read’ The Times

‘Cannot be recommended too highly’ New York Journal of Books

‘A fascinating scholarly detective story centring on the often overlooked ideological architect of the Third Reich . . . The authors do an excellent job of teasing out the fine details and placing them in the larger context, in the bargain offering overdue acknowledgement of Kempner's many contributions to the short-lived effort to bring Nazis to judgement. A footnote to a much larger story but a welcome one’ Kirkus

‘A rollicking memoir … investigative details dazzle … Priceless can read at times, not unpleasantly, as if an art history textbook got mixed up at the printer with a screenplay for ‘The Wire’’ New York Times

‘Genius … riveting … should be a TV series’ Los Angeles Times