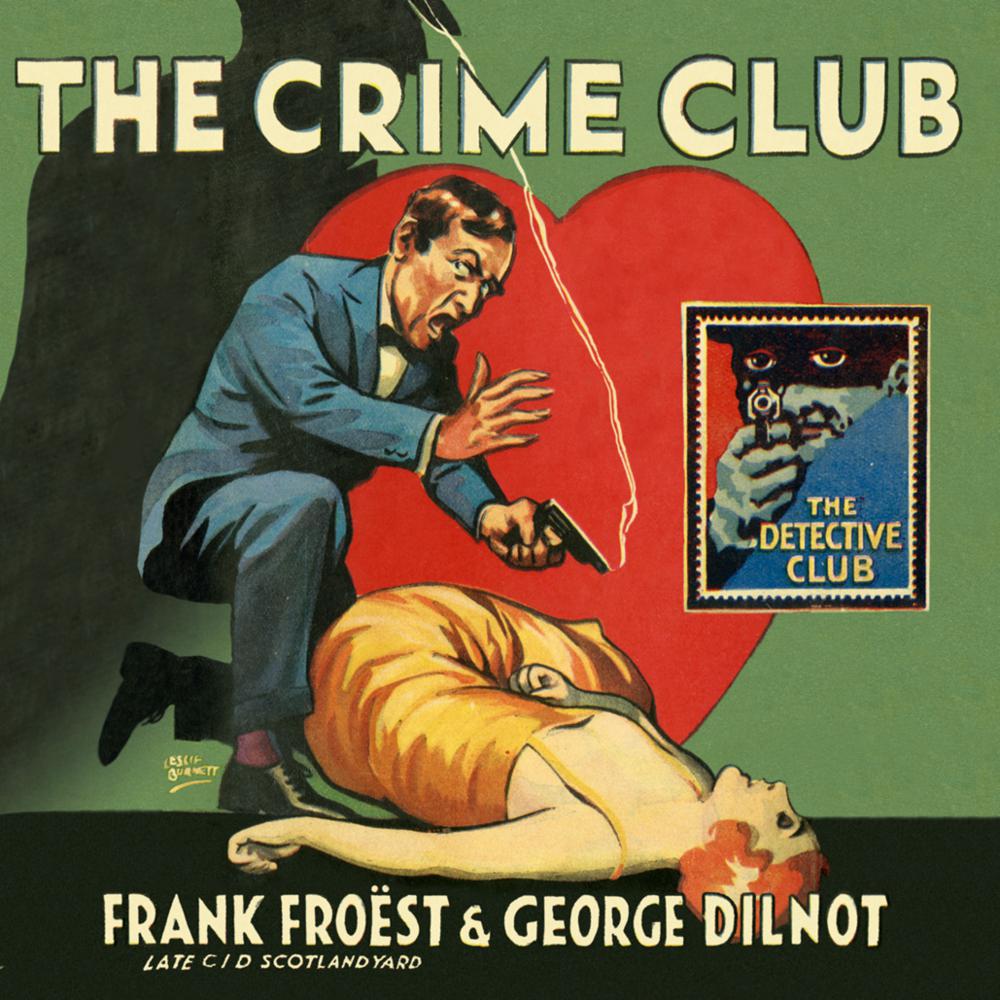 The Detective Story Club’s first short story anthology is based around a London detective club and includes three newly discovered tales unpublished for 100 years, plus a story bearing an uncanny resemblance to a Conan Doyle Sherlock Holmes story but written some seven years earlier.

‘You will seek in vain in any book of reference for the name of The Crime Club. Its watchword is secrecy. Its members wear the mask of mystery, but they form the most powerful organisation against master criminals ever known. The Crime Club is an international club composed of men, but they spend their lives studying crime and criminals. In its headquarters are to be found men from Scotland Yard and many foreign detectives and secret service agents. This book tells of their greatest victories over crime and is written, in association with George Dilnot, by a former member of the criminal investigation department of Scotland Yard.’

With its highly evocative title, The Crime Club was the first collection of short stories published by the Detective Story Club. Co-authored by CID Superintendent Frank Froëst and police historian George Dilnot, these entertaining mysteries left readers guessing how many were based on true cases.

This Detective Story Club classic is introduced by David Brawn, who looks at how the The Crime Club inspired a turning point in British book publishing, and includes three newly discovered stories by Froëst and Dilnot.

‘Those who relish a good collection of detective stories cannot do better than read these.’ EVENING STANDARD

‘The volume presents an excellent picture of the everyday work of the professional police department and the stories themselves are full of dramatic incident.’ DAILY EXPRESS

‘For those who like detective fiction nothing could be more entrancing than these stories. They are all genuine “mysteries”.’ OBSERVER

‘It is not often that a series of detective stories has as part-author a former Superintendent of the Criminal Investigation Department, New Scotland Yard. Mr Frank Froest is a man who knows, and, aided and abetted by another expert in criminology, Mr George Dilnot, has turned out a most fascinating volume.’ SKETCH