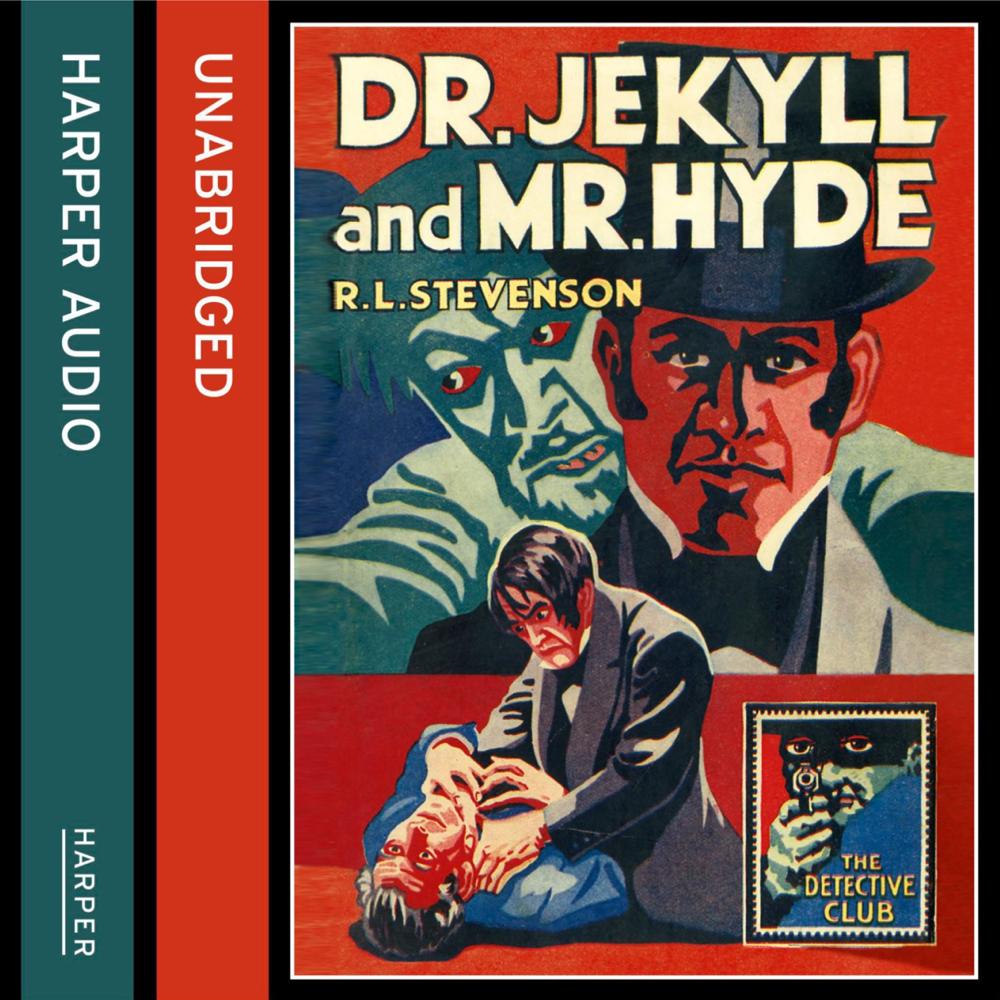 The latest in a new series of classic detective stories from the vaults of HarperCollins is a reissue of one of literature’s most audacious and thought-provoking novels of murder and intrigue, performed by Richard E. Grant. Includes John Inglisham’s foreword from the original Detective Story Club edition.

Originally published in 1886 as “Strange Case of Dr Jekyll and Mr Hyde”, Robert Louis Stevenson’s book had been propelled to massive success following a favourable review in The Times, and by 1901 had sold a quarter of a million copies. This is how the Detective Club described the book:

‘In addition to being one of the most amazing crime stories ever written, “Dr Jekyll and Mr. Hyde” is probably the most remarkable of all the writings of Robert Louis Stevenson. It would be unfair to the reader to give away the secret of this thriller. Suffice it to say that every page grips and the unforgettable portrait of a mast criminal takes shape until the sensational climax is reached, a climax of dramatic intensity, without equal in the realm of detective fiction. If one wished to append a moral to this crime fantasy it might well be this: “The self you choose to-day, and not the self you chose yesterday, is the fate of to-morrow.”’