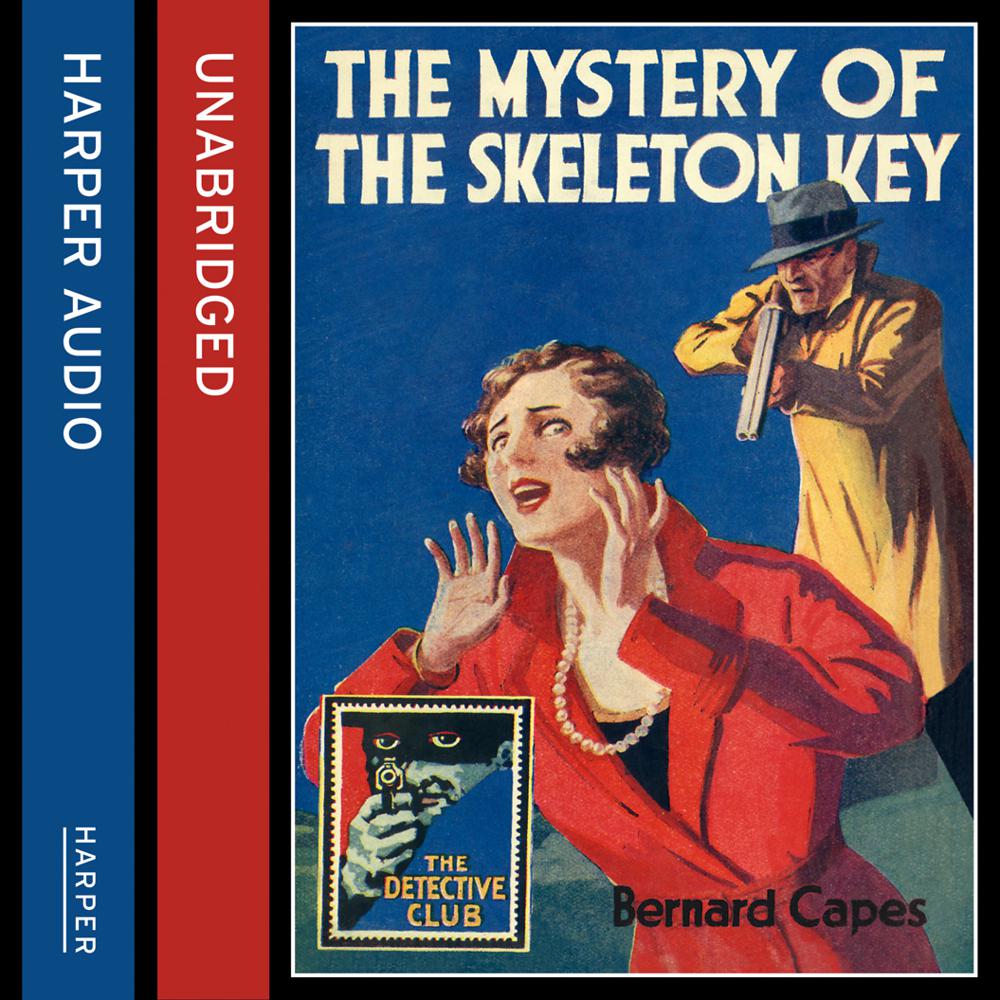 The fourth in a new series of classic detective stories from the vaults of HarperCollins involves a tragic accident during a shooting party. As the story switches between Paris and Hampshire, the possibility of it not being an accident seems to grow more likely.

The Mystery of the Skeleton Key, first published in 1919, has the distinction of being the first detective novel commissioned and published by Collins, though it was Bernard Capes’ only book in the genre, as he died shortly before it was published. This is how the Detective Club announced their edition ten years later:

“Mr Arnold Bennett, in a recent article, criticised the ad hoc characterisation and human interest in the detective novels of to-day. “The Mystery of the Skeleton Key” contains, in addition to a clever crime problem and plenty of thrills, a sensible love story, humour, excellent characterisation and strong human interest. The scenes are laid in Paris and Hampshire. The story deals with a crime committed in the grounds of a country house and the subsequent efforts of a clever young detective the track down the perpetrator. The Selection Committee of “The Detective Story Club” have no hesitation in recommending this splendid thriller as one which will satisfy the most exacting reader of detective fiction.”

‘It is a fair bet that one of [Agatha Christie’s] most successful crime outings owed a lot to this riveting story… a thrilling read… Who could ask for more?’ DAILY MAIL

‘If Hugh had returned from hunting by another path, or if he had left his gun behind him, or if one could have told just when the shot was heard, perhaps the murder of beautiful Annie Evans might have been cleared up without so much effort on the part of the famous Sergeant Ridgeway from Scotland Yard, or so much mutual suspicion on the part of the various guests assembled at the Hall. Baron Le Sage of doubtful fame might have gone on playing chess, and pretty Audrey’s love affairs might not have become so tangled. But it’s just as well as it is, perhaps, for the result of all these complications is a thoroughly exciting detective story.’ BLACK MASK MAGAZINE