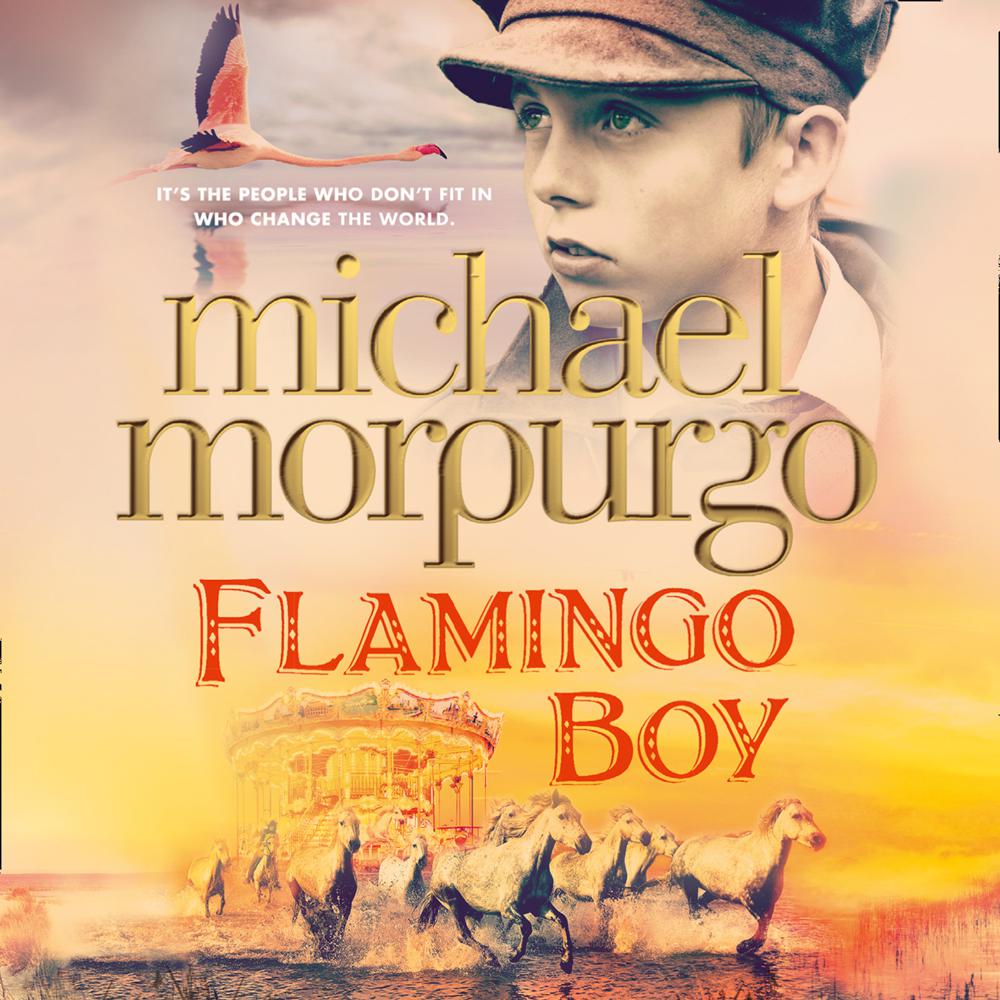 A stunning new classic from master storyteller Michael Morpurgo for readers of 9+, in the vein of PRIVATE PEACEFUL and THE BUTTERFLY LION

This is a landmark new novel form the nation’s favourite storyteller, set in the unique landscape of the Camargue in the South of France during WW2. There, a young autistic boy lives on his parents’ farm among the salt flats, and the flamingos that live there. There are lots of things he doesn’t understand: but he does know how to heal animals. He loves routine, and music too: and every week he goes to market with his mother, to ride his special horse on the town carousel.

But then the Germans come, with their guns, and take the town. A soldier shoots a flamingo from the sky, and it falls to earth terribly injured. And even worse is to come: the carousel is damaged, the horses broken. For this vulnerable boy, everything is falling apart.

Only there’s a kind sergeant among the Germans – a man with a young boy of his own at home, a man who trained as a carpenter. Between them, perhaps boy and man can mend what has been broken – and maybe even the whole town…

“Champagne quality over a wide range of subjects.” Daily Telegraph

“There are few children’s writers as compelling as Michael Morpurgo.” Daily Express

“Morpurgo, as always, is subtle and skilful, and incorporates social and moral issues into his writing without being self-righteous or detracting from the quality of the narrative”
Elizabeth Reilly, British Council

“The former children's laureate has the happy knack of speaking to both child and adult readers.” Guardian