Art in the Blood
Bonnie MacBird, Read by Thomas Judd 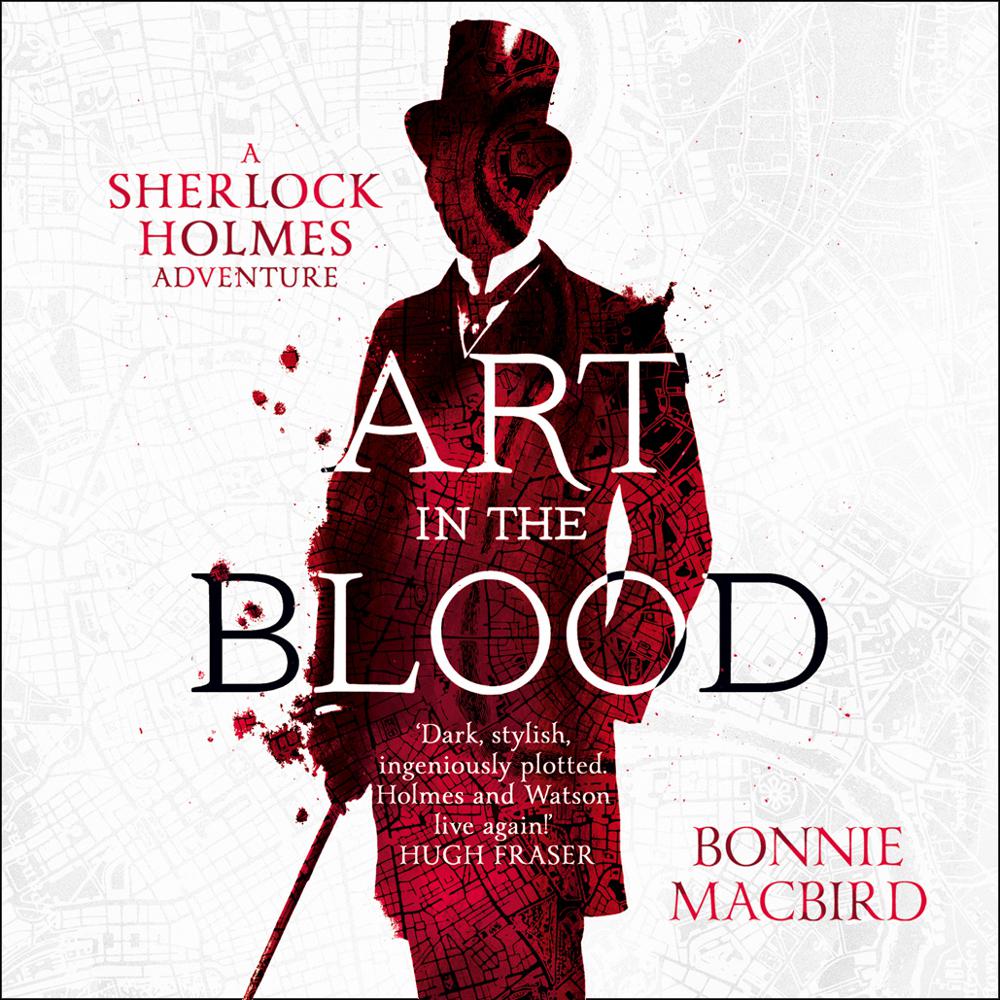 London. A snowy December, 1888. Sherlock Holmes, 34, is languishing and back on cocaine after a disastrous Ripper investigation. Watson can neither comfort nor rouse his friend – until a strangely encoded letter arrives from Paris.

Mlle La Victoire, a beautiful French cabaret star writes that her illegitimate son by an English lord has disappeared, and she has been attacked in the streets of Montmartre.

Racing to Paris with Watson at his side, Holmes discovers the missing child is only the tip of the iceberg of a much larger problem. The most valuable statue since the Winged Victory has been violently stolen in Marseilles, and several children from a silk mill in Lancashire have been found murdered. The clues in all three cases point to a single, untouchable man.

Will Holmes recover in time to find the missing boy and stop a rising tide of murders? To do so he must stay one step ahead of a dangerous French rival and the threatening interference of his own brother, Mycroft.

This latest adventure, in the style of Sir Arthur Conan Doyle, sends the iconic duo from London to Paris and the icy wilds of Lancashire in a case which tests Watson's friendship and the fragility and gifts of Sherlock Holmes' own artistic nature to the limits.

“A pacy and twisting story – made me forget I wasn’t reading a Sir Arthur original.”—The Sun

"In a world with more than its share of Sherlock Holmes pastiches, it is rare for one to soar above the rest, but Bonnie MacBird's Art in the Blood achieves this singular feat and deserves a tip of the deerstalker." –-Otto Penzler, editor, “The Big Book of Sherlock Holmes Stories"