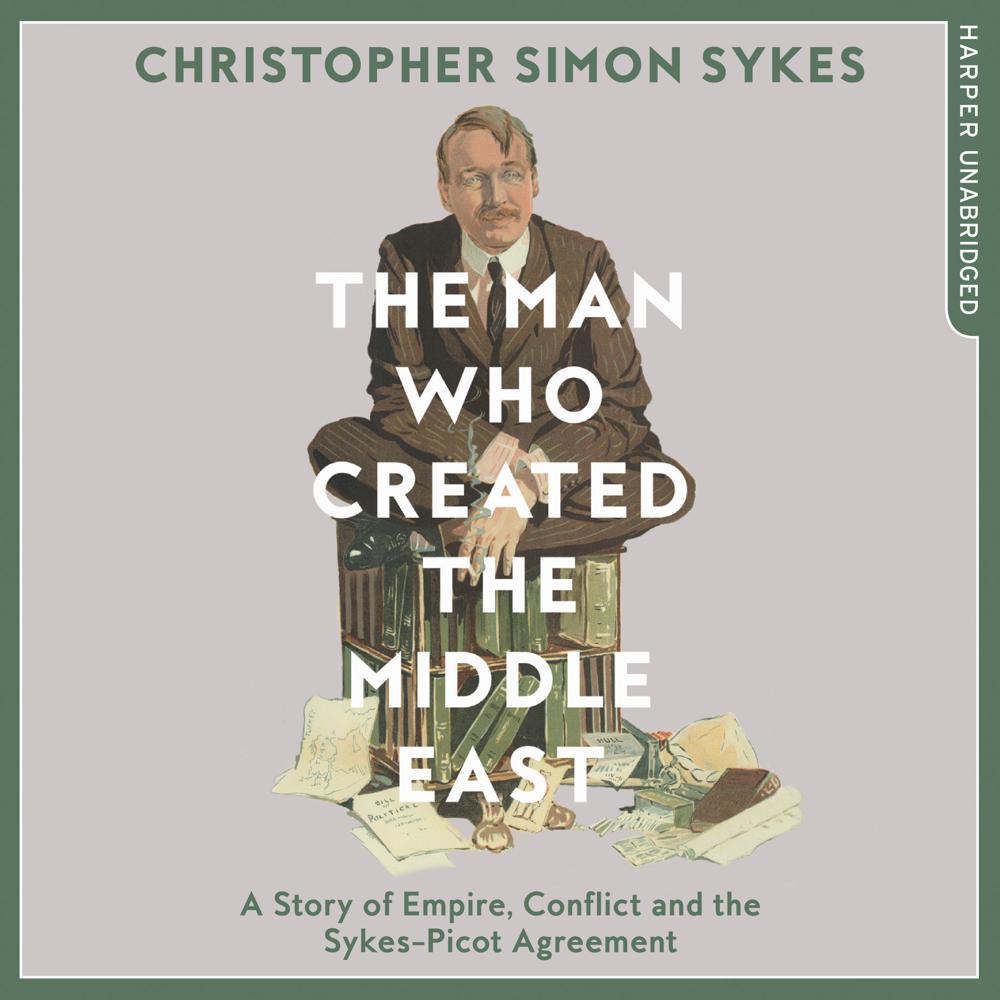 At the age of only 36, Sir Mark Sykes was signatory to the Sykes-Picot agreement, one of the most reviled treaties of modern times. A century later, Christopher Sykes’ lively biography of his grandfather reassesses his life and work, and the political instability and violence in the Middle East attributed to it.

The Sykes-Picot agreement was a secret pact drawn up in May 1916 between the French and the British, to divide the collapsing Ottoman Empire in the event of an allied victory in the First World War. Agreed without any Arab involvement, it negated an earlier guarantee of independence to the Arabs made by the British. Controversy has raged around it ever since.

Sir Mark Sykes was not, however, a blimpish, ignorant Englishman. A passionate traveller, explorer and writer, his life was filled with adventure. From a difficult, lonely childhood in Yorkshire and an early life spent in Egypt, India, Mexico, the Arabian desert, all the while reading deeply and learning languages, Sykes published his first book about his travels through Turkey aged only twenty. After the Boer War, he returned to map areas of the Ottoman Empire no cartographer had yet visited. He was a talented cartoonist, excellent mimic and amateur actor, gifts that ensured that when elected to parliament a full House of Commons would assemble to listen to his speeches.

During the First World War, Sykes was appointed to Kitchener’s staff, became Political Secretary to the War Cabinet and a member of the Committee set up to consider the future of Asiatic Turkey, where he was thirty years younger than any of the other members. This search would dominate the rest of his life. He was unrelenting in his pursuit of peace and worked himself to death to find it, a victim of both exhaustion and the Spanish Flu.

Written largely based on the previously undisclosed family letters and illustrated with Sykes' cartoons, this sad story of an experienced, knowledgeable, good-humoured and generous man once considered the ideal diplomat for finding a peaceful solution continues to reverberate across the world today.

‘[Christopher Simon Sykes] tells this story with gusto… put[s] a human face on a imperialist adventurer, and in this he succeeds brilliantly. Mark’s fiercely independent spirit shines through’ Spectator

‘Sykes shows his grandfather in a clearer light, damaged by parents, bubbling with enthusiasm, deeply in love with his wife, an entertaining father at home, an amusing observer of people in the world – the book is lightened by many of his character sketches’ Observer

‘Splendid and rather moving’ Norman Stone, Literary Review
‘Christopher Simon Sykes has written a warts-and-all life of an erudite man who did his best to find a peaceful solution for the Middle East. He is remembered for signing a much-reviled treaty; this book should change that’ Daily Telegraph

‘This book is … fascinating’ The Times

‘The contents of the book live up to its title and, in the last six chapters, its subtitle. The book succeeds as a sympathetic review of the life Mark Sykes and shows his depth of character beyond the stereotype of an aristocratic, deceptive British imperialist with connections in high places’, ASTENE bulletin

‘An unusually entertaining, instructive and engaging book … this book is a treat’ Sunday Telegraph

‘Romantic, accessible and absorbing … I cared passionately for every one of these people and wanted the book to continue indefinitely’ Daily Telegraph