Evolution of Everything
Matt Ridley, Read by Steven Crossley 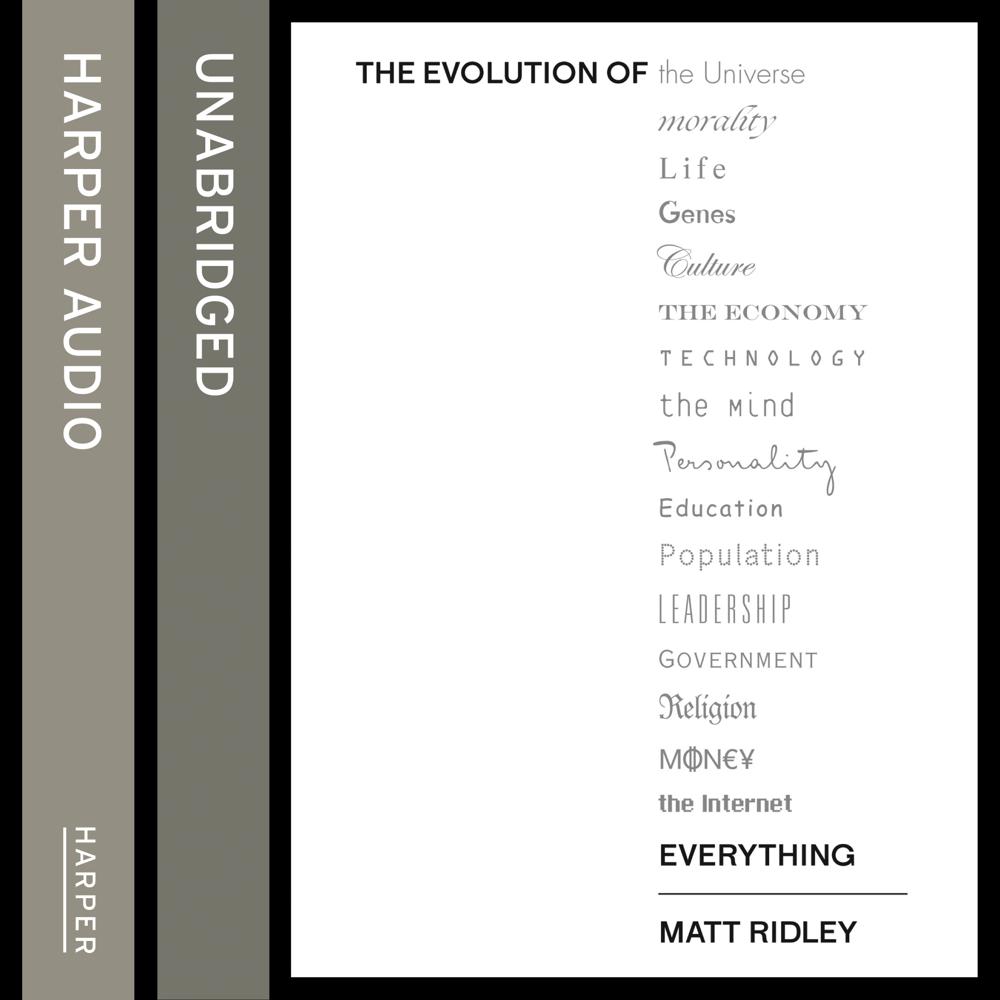 We are taught that the world is a top-down place. Acclaimed author, Matt Ridley, shows just how wrong this is in his compelling new book.

This is more often wrong than right. ‘The Evolution of Everything’ is about bottom-up order and its enemy, the top-down twitch, the endless fascination human beings have for design rather than evolution, for direction rather than emergence. Top downery is the source of most of our worst problems in the past – why Hitler won an election, why the sub-prime bubble happened, why Africa lingered in poverty when Asia did not, why the euro is a disaster – and will be the scourge of this century too.

And although we neglect, defy and ignore them, bottom-up trends still shape the world. The growth of technology, the sanitation-driven health revolution, the quadrupling of farm yields so that more land could be released for nature – these were largely emergent phenomena. So was the internet, the mobile phone revolution and the rise of Asia.

In this wide-ranging, highly opinionated non-fiction narrative, Ridley draws on anecdotes from science, economics, history, politics and philosophy and examples drawn from the scientific literature, from historical narratives and from personal anecdotes.

‘He argues we live in a bottom-up world…a compelling argument and in this fascinating work, an evolution from Ridley’s other books, such as The Rational Optimist of The Origins of Virtue, he takes it to all realms of knowledge and how new ideas emerge… Ridley has amassed such a weight of fascinating evidence and anecdote that the pages fly by’ Ed Conway, The Times

‘This is a book of remarkable scope (when Ridley says everything, he isn’t exaggerating), clearly written by a polymath who reads whatever is interesting, old and new. What’s more, it does not have the feel of a book written on commission so much as one that has been slowly assembling its own emergent thesis over time, tentatively testing and sometimes rejecting ideas along the way. As so often in nature, something wonderful has thereby come about’ Literary Review

‘The book displays his wide and deep knowledge of many different fields. It is fast paced and elegantly written. Few readers will come away without fresh information and a challenge to their preconceptions’ Prospect

‘What a superb writer he is, and he seems to get better and better.' Richard Dawkins, author of ‘The Selfish Gene’

Praise for ‘The Rational Optimist’:

‘A triumphant blast on the vuvuzela of common sense’ Boris Johnson

‘His theory is, in a way, the glorious offspring that would result if Charles Darwin’s ideas were mated with those of Adam Smith’ The Economist

‘As a work of bold historical positivity it is to be welcomed. At every point cheerfulness keeps breaking through’ The Times