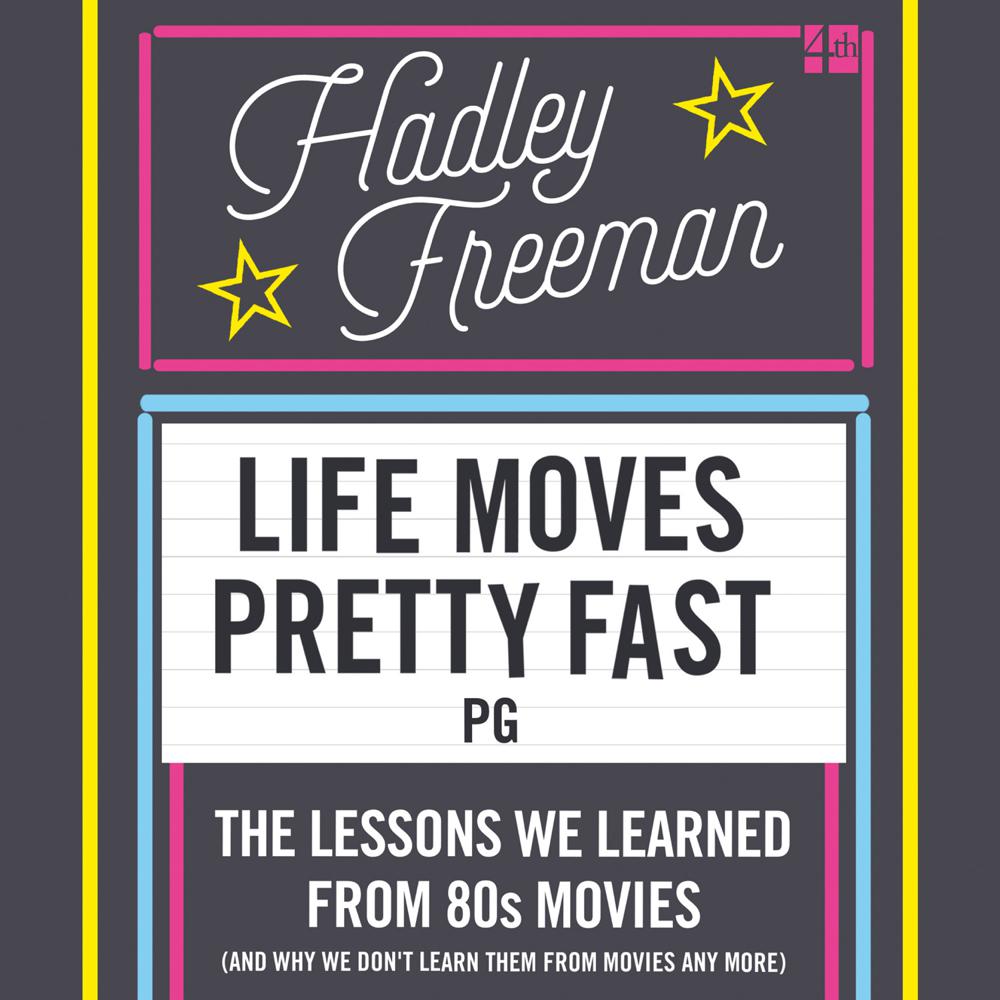 Hadley Freeman brings us her personalised guide to American movies from the 1980s – why they are brilliant, what they meant to her, and how they influenced movie-making forever.

For Hadley Freeman, American moves of the 1980s have simply got it all. Comedy in Three Men and a Baby, Hannah and Her Sisters, Ghostbusters, Back to the Future and Trading Places; all a teenager needs to know – in Pretty in Pink, Ferris Bueller’s Day Off, Say Anything, The Breakfast Club and Mystic Pizza; the ultimate in action – Top Gun, Die Hard, Young Sherlock Holmes, Beverly Hills Cop and Indiana Jones and the Temple of Doom; love and sex – in 9 ½ Weeks, Splash, About Last Night, The Big Chill, Bull Durham; and family fun – in The Little Mermaid, ET, Big, Parenthood and Lean On Me.

Born in the late 1970s, Hadley grew up on a well-rounded diet of these movies, her entire view of the world, adult relations and expectations of what her life might hold was forged by these cult classics.

In this personalised guide, she puts her obsessive movie geekery to good use, detailing the decades key players, genres and tropes, and how exactly the friendship between Dan Aykroyd and John Belushi influenced the evolution of comedy. She looks back to a cinematic world in which bankers are invariably evil, despite this being the decade of Wall Street, where children are always wiser than adults, and science is embraced with an intense enthusiasm, and the future viewed with excitement. She considers how the changes between movies then and movies today say so much about pop culture’s and society’s changing expectations of women, young people and art, and explains why Pretty in Pink and Sixteen Candles should be put on school syllabuses immediately.

‘She has written a book that transcends giggly nostalgia to map some confounding cultural shifts … Despite her chatty among-friends enthusiasm, Freeman is withering where needed … This book is more than an indulgent sigh over fleeting youth’ Sunday Times

‘Life Moves Pretty Fast emerges as not only a highly personal, witty love letter to 80s movies, but also an intellectually vigorous, well-researched take on the changing times of the film industry and how, sadly, they’re not changing for the better’ Guardian

‘As funny and sheerly enjoyable as it is subversive and critically insightful … For readers who grew up loving a lot of mainstream American movies, but became increasingly alienated from them as the ‘00s progressed, ‘Life Moves Pretty Fast’ will have a special appeal, as Freeman brilliantly and entertainingly elucidates both the roots of our enthusiasm and of our current discontent. Amusing, engaged, and infused with its author’s own infectious movie love, “Life Moves Pretty Fast” is a terrific piece of work, and Freeman overlooks enough movies to make a possible sequel an exciting prospect, too’ PopMatters