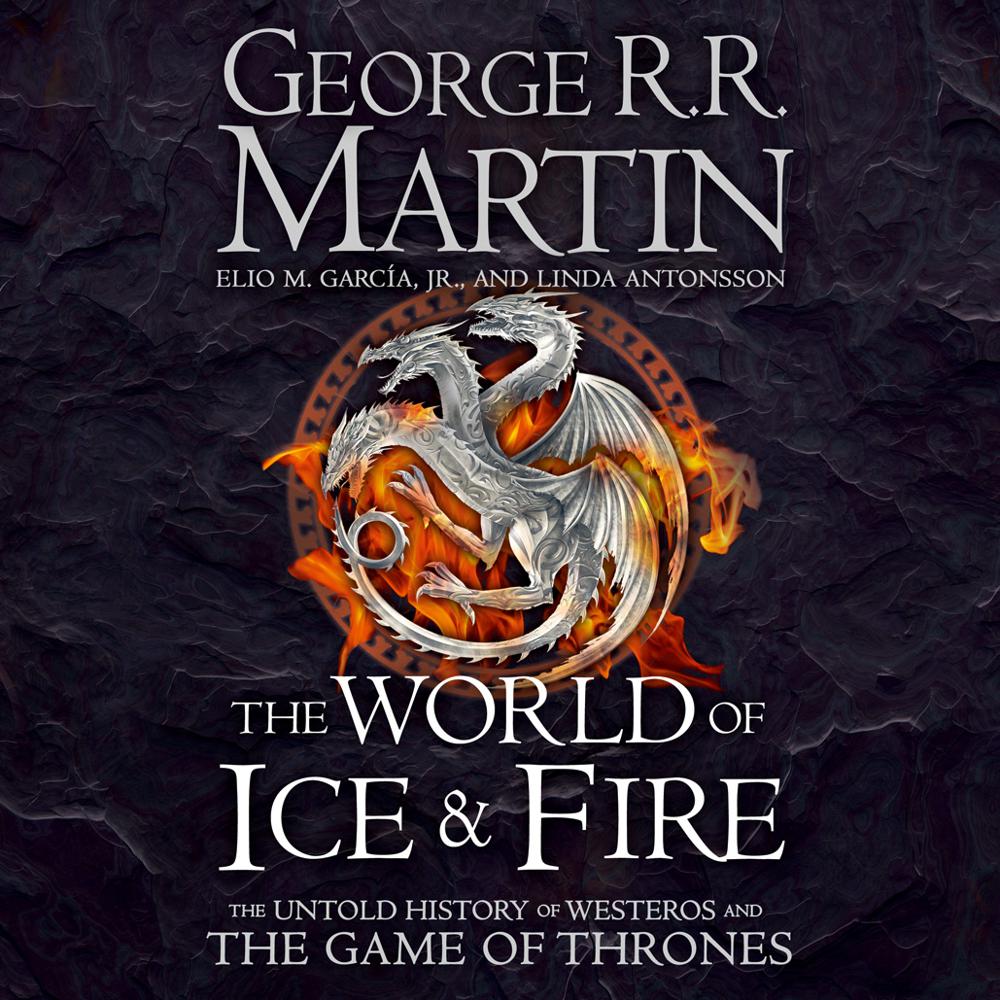 The never-before-seen history of Westeros and the lands beyond. With hundreds of pages of all-new material from George R.R. Martin.

If the past is prologue, then George R.R. Martin’s masterwork—the most inventive and entertaining fantasy saga of our time—warrants one hell of an introduction. At long last, it has arrived with THE WORLD OF ICE AND FIRE.

George R.R. Martin, in collaboration with Elio M. García, Jr. and Linda Antonsson, has written a comprehensive history of the Seven Kingdoms, featuring the epic battles, bitter rivalries, and daring rebellions that lead up to the events in the bestselling A Song of Ice and Fire series.

Collected within this volume is the accumulated knowledge, scholarly speculation, and inherited folk tales of maesters and septons, maegi and singers, family trees for the Houses Stark, Lannister and Targaryen, and in-depth explanations of the history and culture of Westeros.

This is the definitive companion volume to George R.R. Martin’s dazzlingly conceived universe; THE WORLD OF ICE AND FIRE is indeed proof that the pen is mightier than a storm of swords.

‘Of those who work in the grand epic fantasy tradition, George R.R. Martin is by far the best’
Time Magazine

‘Colossal, staggering… Martin captures all the intoxicating complexity of the Wars of the Roses or Imperial Rome in his imaginary world … one of the greats of fantasy literature’
SFX

‘The sheer-mind-boggling scope of this epic has sent other fantasy writers away shaking their heads … Its ambition: to construct the Twelve Caesars of fantasy fiction, with characters so venomous they could eat the Borgias’
Guardian