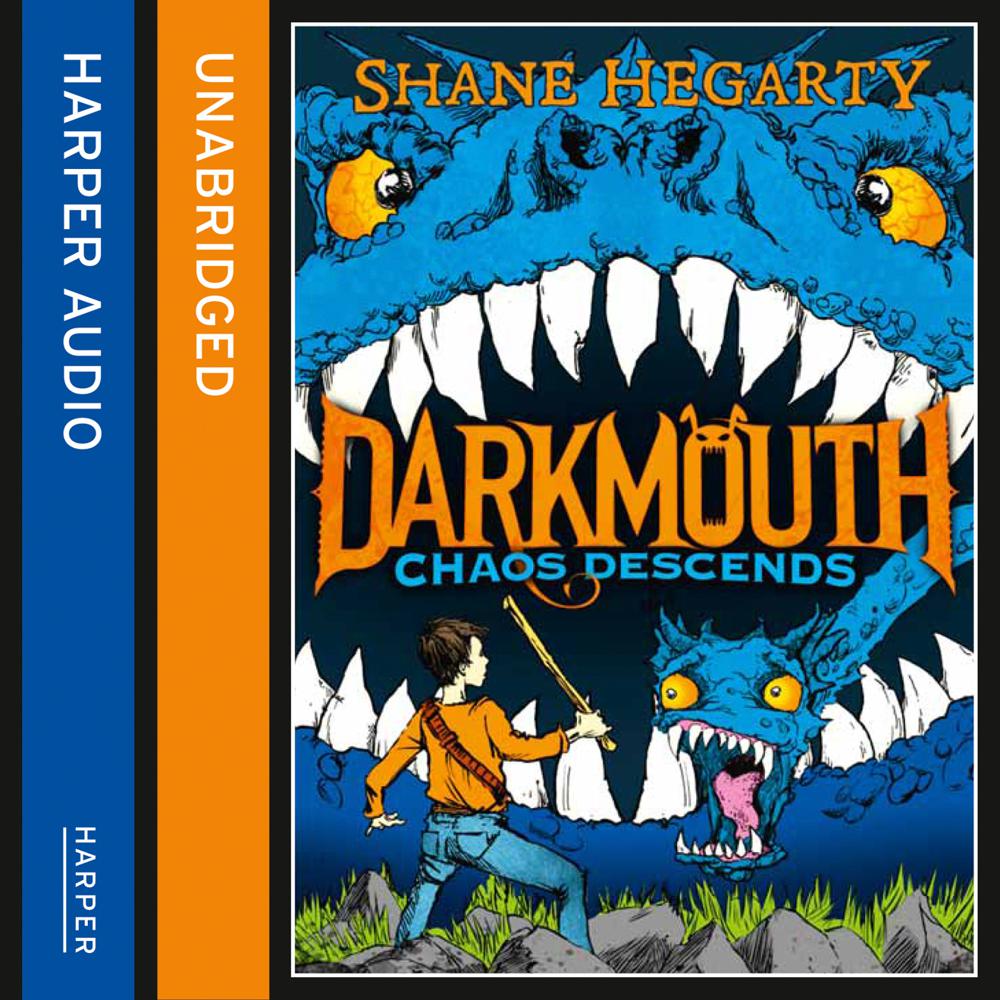 The third book in the monstrously funny and action-packed Darkmouth series. It’s going to be legendary.

Finn's been through so much, he'll now be allowed do what he wants with the rest of his life, right? Wrong.

Whether he likes it or not, he's going to be made a proper Legend Hunter. But then suddenly people start disappearing, Legends are appearing where they shouldn't, Broonie's complaining, and an attack so big is coming that Finn has the weight of the world on his shoulders.

The weight of two worlds, actually…

“Hilarious and exciting. Terrifying and heart-stopping. Everything a great fantasy series should be. The next big thing is here.” Eoin Colfer, author of Artemis Fowl

“Believe the hype. The relationship between the young hero and his father is touching and real. There are touches of Ghostbusters, along with some Bond-like gadgets, plus a rather Dickensian setting (the mist-swirling town of Darkmouth). A stunning fantasy adventure.” Sarah Webb