Nathalia Buttface and the Most Embarrassing Five Minutes of Fame Ever
Nigel Smith, Read by Clare Corbett 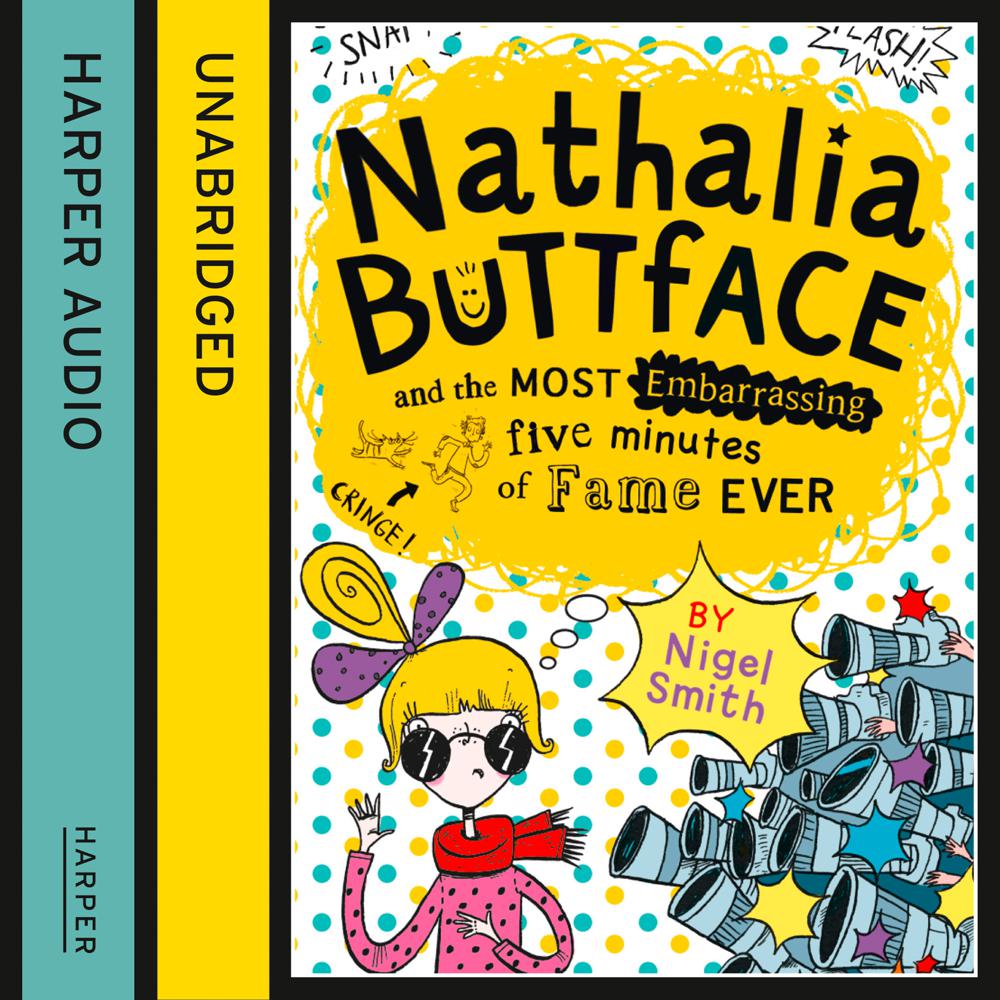 The most embarrassing dad in the world is back in this hilarious series for girls from TV and radio-comedy writing talent, Nigel Smith.

When Dad posts an embarrassing video of Nat online as a joke, she’s furious. Things are set to get much worse, however, when the video goes viral and she finds herself centre of the nation’s attention for all the wrong reasons – even the prime minister is imitating her!

But when a local care home for abandoned pets is threatened with closure, Dad convinces Nat to use her new-found celebrity to raise money for it – with him acting as her agent, of course! Cue: a disastrous appearance hair-modelling job, a not-so-glamorous campaign for a local optician and a call to turn on the town’s rubbish autumn illuminations (the one with the miserable face off The X-Factor cancelled at the last minute). And as if Nat didn’t have enough to deal with, school isn’t exactly easy when you’re a minor celebrity…

“The plot was hilarious and the ending was brilliant and unexpected” – Eloise Mae, age 11, Lovereading4kids

“Makes me glad my dad is nothing like this dad, although he is still very embarrassing” – Emma, age 7 Lovereading4kids